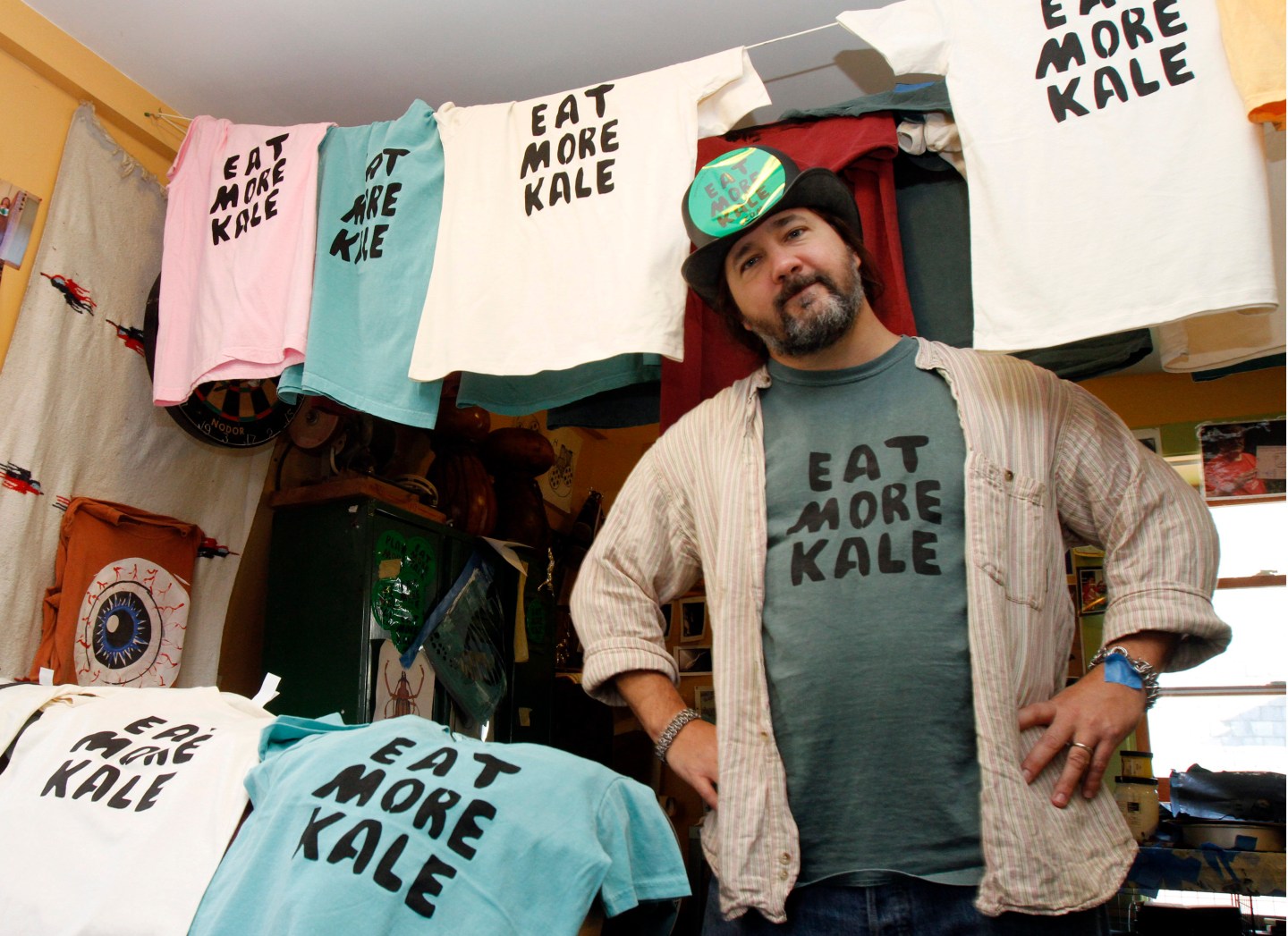 FILE - In this Nov. 22, 2011, file photo, Bo Muller-Moore stands in his home studio in Montpelier, Vt. The Vermont man who prints T-shirts urging people to "eat more kale" has six months to challenge a trademark ruling against him. The Chick-fil-A restaurant chain says folk artist Bo Muller-Moore's T-shirt infringes on its trademarked "eat mor chikin" slogan. The Atlanta-based company filed a letter of protest Tuesday with the United States Patent and Trademark Office. The office then issued a preliminary decision saying there's a likelihood that people would confuse the sources of the two phrases, thinking they come from the same place. (AP Photo/Toby Talbot)
Photograph by Toby Talbot — AP

The Vermont man who went up against Chik-fil-A to defend his right to use the phrase “Eat More Kale” — which the fast food company argued was too close to its trademarked slogan “Eat Mor Chikin” — has won his legal battle to use the trademark.

Bo Muller-Moore can now silkscreen “Eat More Kale” onto T-shirts to his heart’s content, because the U.S. Patent and Trademark Office approved his request to patent the phrase. The application was held up for a while, but a “black-out-period” for Muller-Moore’s request ended on Tuesday, his lawyer said.

The approval comes after a drawn-out battle with Chik-fil-A over the use of the slogan. Muller-Moore started selling T-shirts with the phrase “Eat More Kale” in 2000 after a kale farmer friend asked him to make them.

But shortly after Muller-Moore attempted to trademark the phrase in 2011, Chik-fil-A sent him a letter requesting he stop using the saying because it was too similar to their “Eat Mor Chikin” catchphrase, and listed 30 other companies who had agreed to stop using the “eat more” language in their marketing.

Muller-Moore is expected to make a formal announcement of the victory Friday with Vermont Governor Peter Shumlin.