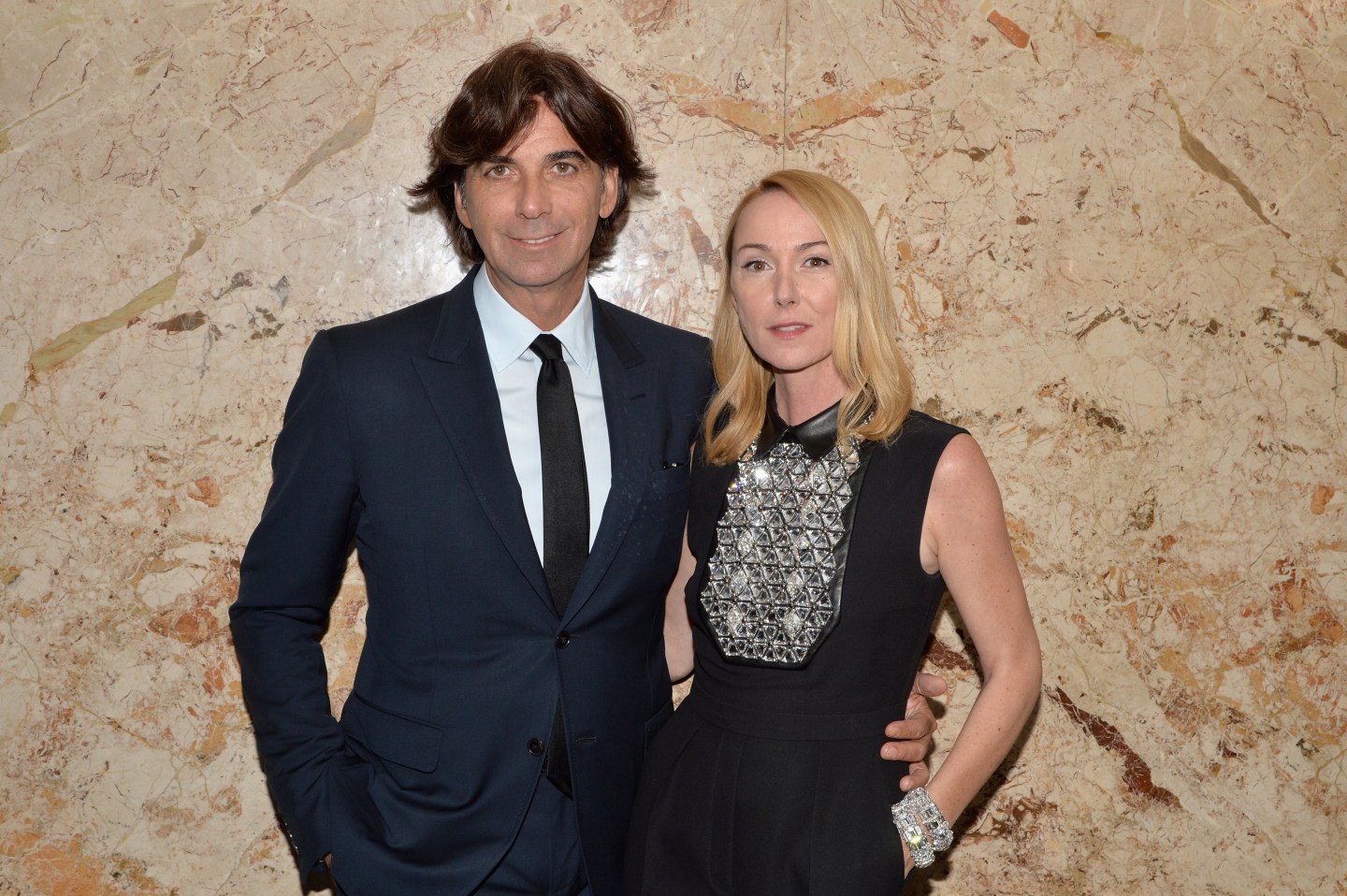 The CEO and creative head of Gucci are to step down after the Italian fashion house’s French parent company lost patience with the couple’s failure to stop the brand’s fall from grace.

Kering SA (PPRUY), the group whose stable of brands also includes Yves Saint Laurent, Balenciaga and Alexander McQueen, said in a statement Friday that Patrizio di Marco will leave the company at the end of the year, and that creative director Frida Giannini follow him at the end of February after showing her Fall/Winter collection for 2015/2016.

Di Marco will be succeeded by Marco Bizzarri, whose success at Kering’s Bottega Veneta brand in recent years has stood in stark contrast to Gucci’s declining sales. There was no word on who will succeed Giannini.

Gucci has been one of the highest-profile victims of a sharp slowdown in Chinese growth this year, as Kering’s efforts to reposition it in the higher-end of the luxury sector have coincided unfortunately with a crackdown on corruption, that has dented demand for top-end goods.

Sales at Gucci, which accounts for around 30% of Kering’s revenues, fell 3.5% on the year in the first nine months, and Kering had said in its latest quarterly report that there were no signs of an improvement.

The announcement rounds off a turbulent year for the Italian luxury sector, which has also seen boardroom upheaval at eyewear maker Luxottica SpA (LUX) and both legal and commercial problems at Prada (PRDSY).

François-Henri Pinault, Kering’s chairman and CEO, was fulsome in thanking for the couple (who have a child together), who have both been at the group for over 12 years.

Kering was thought to be generally approving of di Marco’s strategy of moving Gucci away from the in-your-face logos that had fallen out of fashion in recent years. But the couple weren’t able to overcome the broader pressure on fashion’s megabrands caused by the changes in China and ever-fickle tastes of customers.