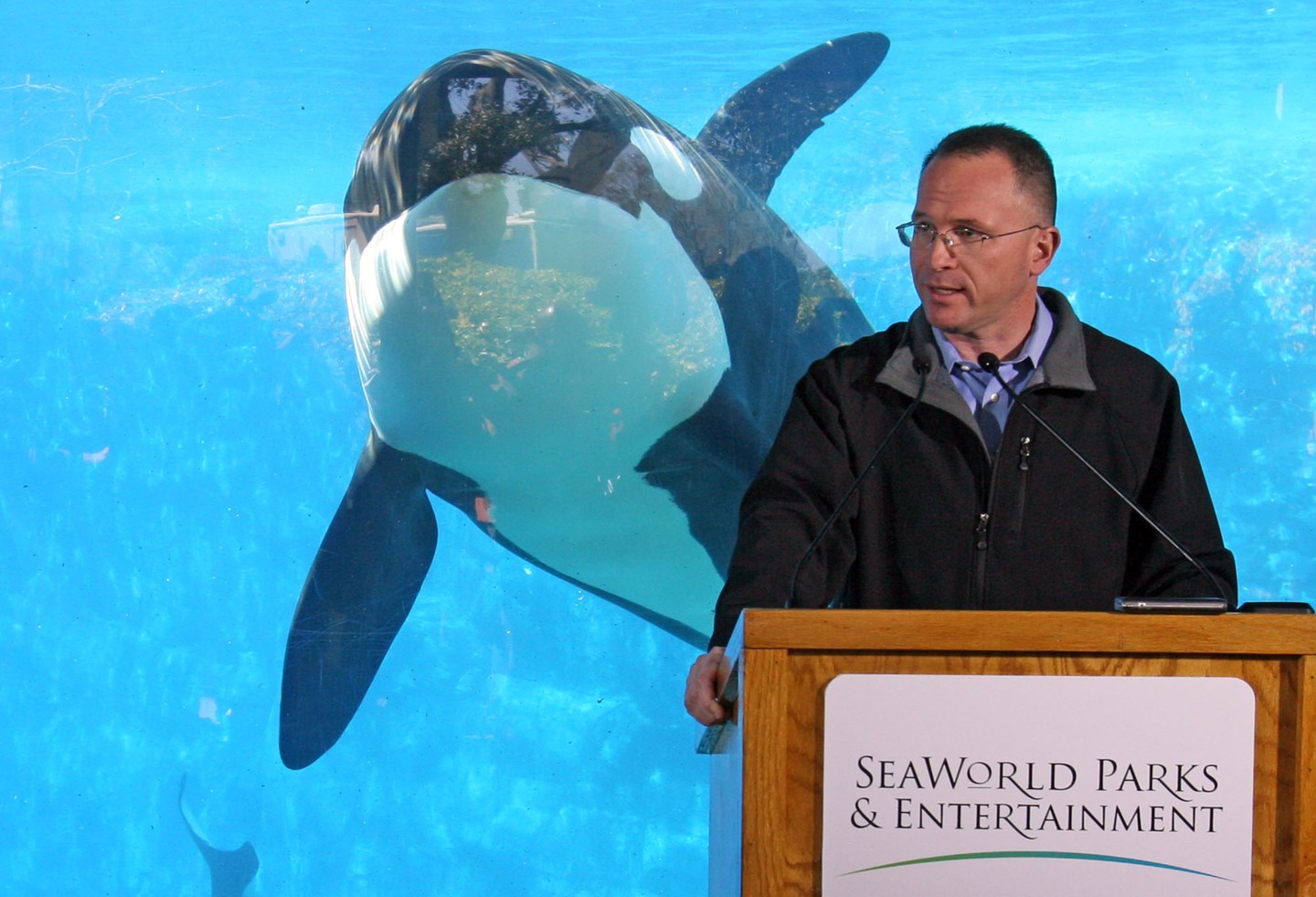 Following a few years of bad results and worse press, SeaWorld is making a change at the top.

Jim Atchison, who has been CEO for five years, will step down on Jan. 15, the company said Thursday. His job will be filled temporarily by David D’Alessandro, the company’s chairman, until a permanent replacement is found.

It has been disappointing year for SeaWorld, which has struggled with weak earnings because of decline in park attendance and lower spending by people who do buy tickets.

The anti-SeaWorld documentary Blackfish, which showed the conditions in which its signature killer whales are kept, has continued to haunt the company. Even after making concessions to the animal rights activists — such as announcing the building of bigger orca enclosures last summer — SeaWorld has been hit by accusations that it hasn’t done enough and must remove orcas from its theme parks.

In its latest earnings report, the company said it would implement a cost savings plan aimed at trimming $50 million from the annual budget. Analysts generally think this is a bandage on a bullet hole, though.

Whoever ends up replacing Atchison will face the unenviable task of trying to get visitors back through the SeaWorld turnstiles despite the lingering animal rights complaints and the abundance of other entertainment options.

After his resignation, Atchison will become SeaWorld’s vice chairman and continue to consult on SeaWorld’s (SEAS) international expansion.