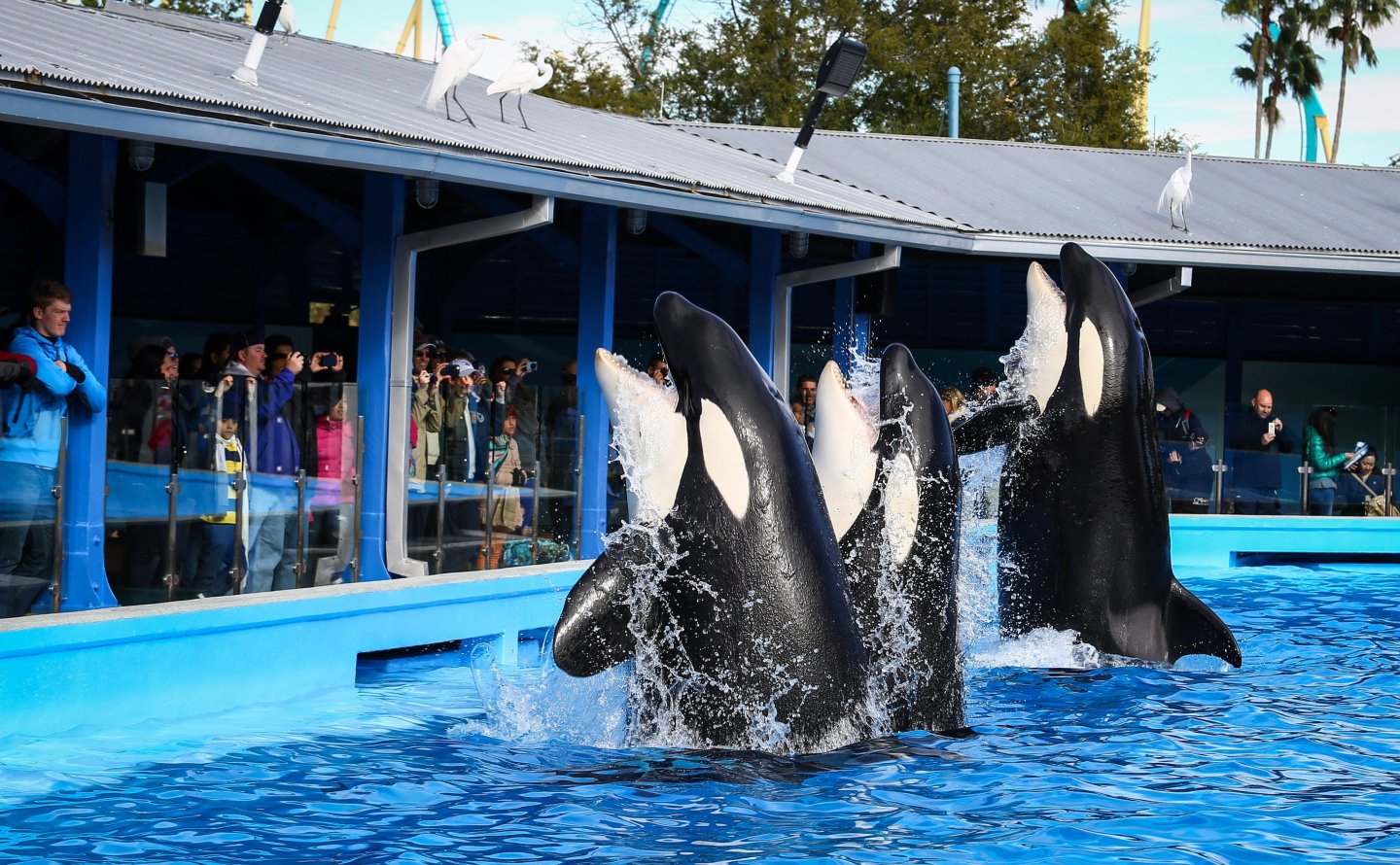 On Friday, SeaWorld Entertainment announced that it is building new, bigger enclosures for its signature attractions — the orcas (also known as killer whales). Their jumps and tricks have delighted some, but their alleged poor treatment and inadequate habitats have enraged others.

The theme park company said it plans to upgrade the killer whale tanks at three of its theme parks, starting with the one in San Diego, Calif. The new orca tanks will be 50 feet deep and have a surface area of nearly 1.5 acres.

Will improved conditions be enough to reverseSeaWorld’s declining revenue? Earlier this week the theme park company said its revenue dropped 1 percent in the three months ended June 30 during a period that’s considered the company’s peak season. SeaWorld(SEAS) also attributed its poor quarter to bad press following the release of the “Blackfish” documentary, which accused the theme park operator of mistreating orcas.

Wall Street wasn’t impressed and sent the company’s stock price down over 30 percent.

President and CEO Jim Atchison said in a press conference Friday afternoon that while the plans for the new habitats had been in the works for some time, he does think that it will have an impact on those people who were swayed by protests, or perhaps by the damning 2013 documentary, which has proven to be very popular on Netflix — although he doesn’t think the move will appease animal rights activists.

“That’s not who we’re trying to appeal to, that’s not our market,” he said.

Tuna Amobi, an equity analyst at S&P Capital IQ, said that while the new habitats could be a step forward in reversing the company’s fortunes, it is by no means a wave of a magic wand.

“This is not going to have any immediate positive impact,” he said. “Most investors are kind of going to take a wait-and-see approach.”

Although the theme park has long been a target of animal rights groups, in the past few months the pressure on SeaWorld has intensified. This summer the animal rights group People for the Ethical Treatment of Animals (PETA) posted an ad in the San Diego airport featuring actress Kathy Najimy and the words “Welcome to San Diego! If you love animals like I do, please avoid SeaWorld,” according to a story in The Wall Street Journal. The animal rights group also had actress Jessica Biel submit a question on its behalf to Atchison at SeaWorld’s investor day (she asked when SeaWorld would develop a plan to move the orcas to a sea pen in a natural setting).

He also said that PETA’s ad campaign and demonstrations would continue until the orcas are released into a coastal sanctuary, meaning that SeaWorld may still have to deal with negative headlines as it tries to rebuild its brand.

As far as investors go, Amobi thinks they should at least be relieved SeaWorld is admitting that negative press is an issue rather than solely blaming other factors, such as weather and school calendars.

“I think that overall management understands now more than ever that this is an issue that needs to be addressed head on,” he said.

In addition to building the new habitats, SeaWorld announced it is giving more than $10 million to killer whale research and creating a partnership focused on ocean health.