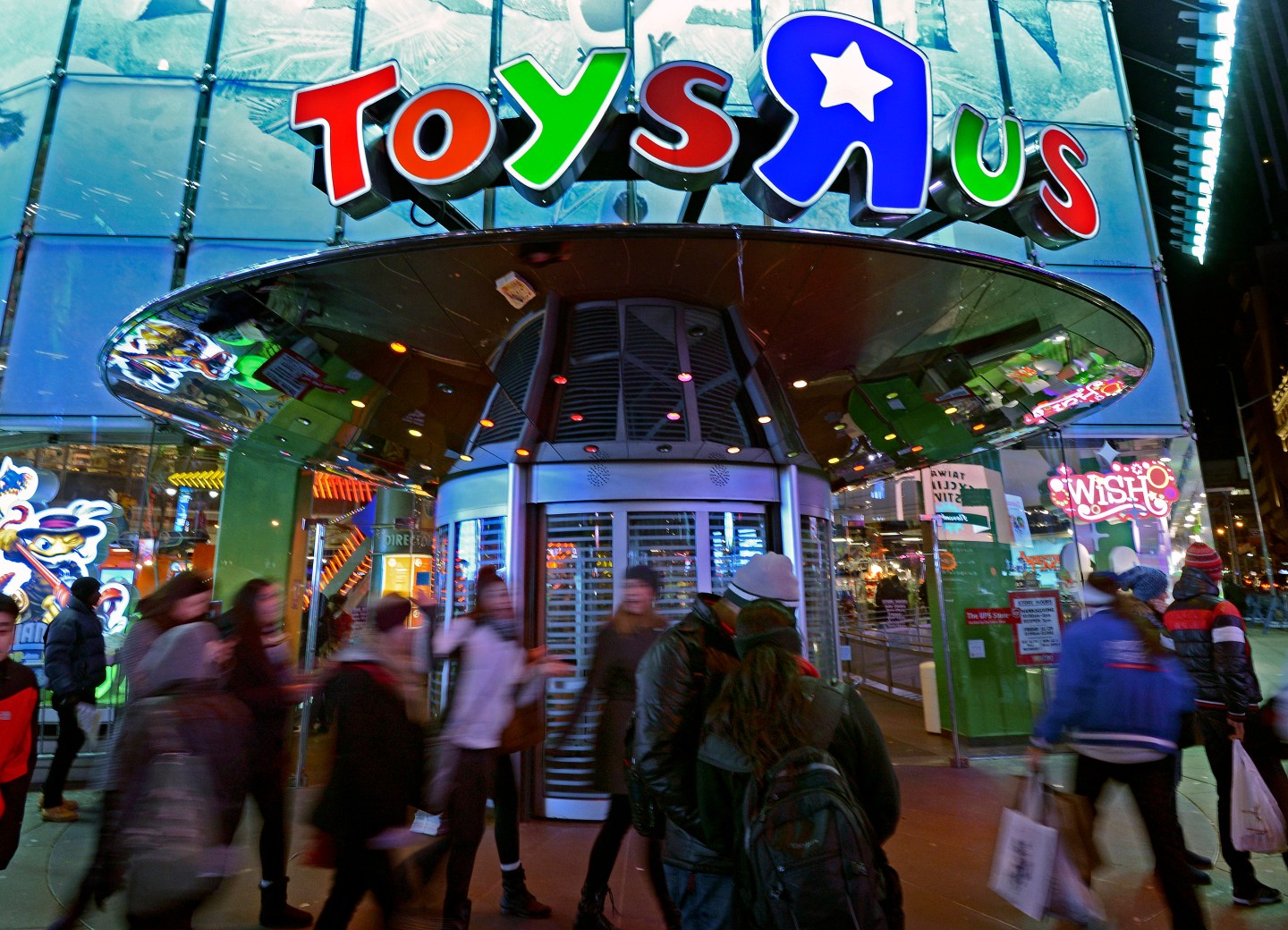 Pedestrians walk past a Toys R Us Inc. store ahead of Black Friday in New York, U.S., on Thursday, Nov. 28, 2013. U.S. retailers will kick off holiday shopping earlier than ever this year as stores prepare to sell some discounted items at a loss in a battle for consumers. Photographer: Peter Foley/Bloomberg via Getty Images
Photograph by Peter Foley — Bloomberg/Getty Images

Ten banks have agreed to pay $43.5 million to settle allegations that they allowed their equity research analysts to solicit investment banking business and offer favorable research coverage to Toys ‘R’ Us when the toy retailer was planning an initial public offering in 2010.

The Financial Industry Regulatory Authority’s has levied fines ranging from $2.5 million to $5 million in the case. It is deemed a conflict of interest when banks use research analysts, or the promise of offering favorable research, to win investment banking business.

“The firms’ rush to assure the issuer and its sponsors that research was in synch with the pitch being made by their investment bankers caused them to overstep the prohibitions against analyst solicitation and the promise of favorable research,” said Brad Bennett, chief of enforcement at Finra.

In the documents supporting Finra’s fines, some colorful details emerged about the internal conversations between the research analysts and the investment bankers.

One analyst at Citigroup reportedly said “I so want the bank to get this deal!” after the analyst and investment bankers discussed the bank’s planned pitch to Toys ‘R’ Us. A Barclays analyst, meanwhile, wondered if the bank lost the business to, among other things, his “fumble,” Finra said. Toys ‘R’ Us did not award Barclays a leading underwriting position, and the bank declined to participate in the IPO.

The banks that were fined were the following: Barclays, Citigroup (C), Credit Suisse, Goldman Sachs (GS), J.P. Morgan (JPM), Deutsche Bank, Bank of America’s (BAC) Merrill Lynch, Morgan Stanley (MS), Wells Fargo (WFC), and Needham & Co. In settling the matter, all of the firms neither admitted nor denied the charges, but consented to Finra’s findings.

The deal that the banks were looking to jump on never materialized. Toys ‘R’ Us ultimately decided to withdraw its IPO in 2013, almost three years after initially filing plans to go public, citing unfavorable market conditions and a CEO change.