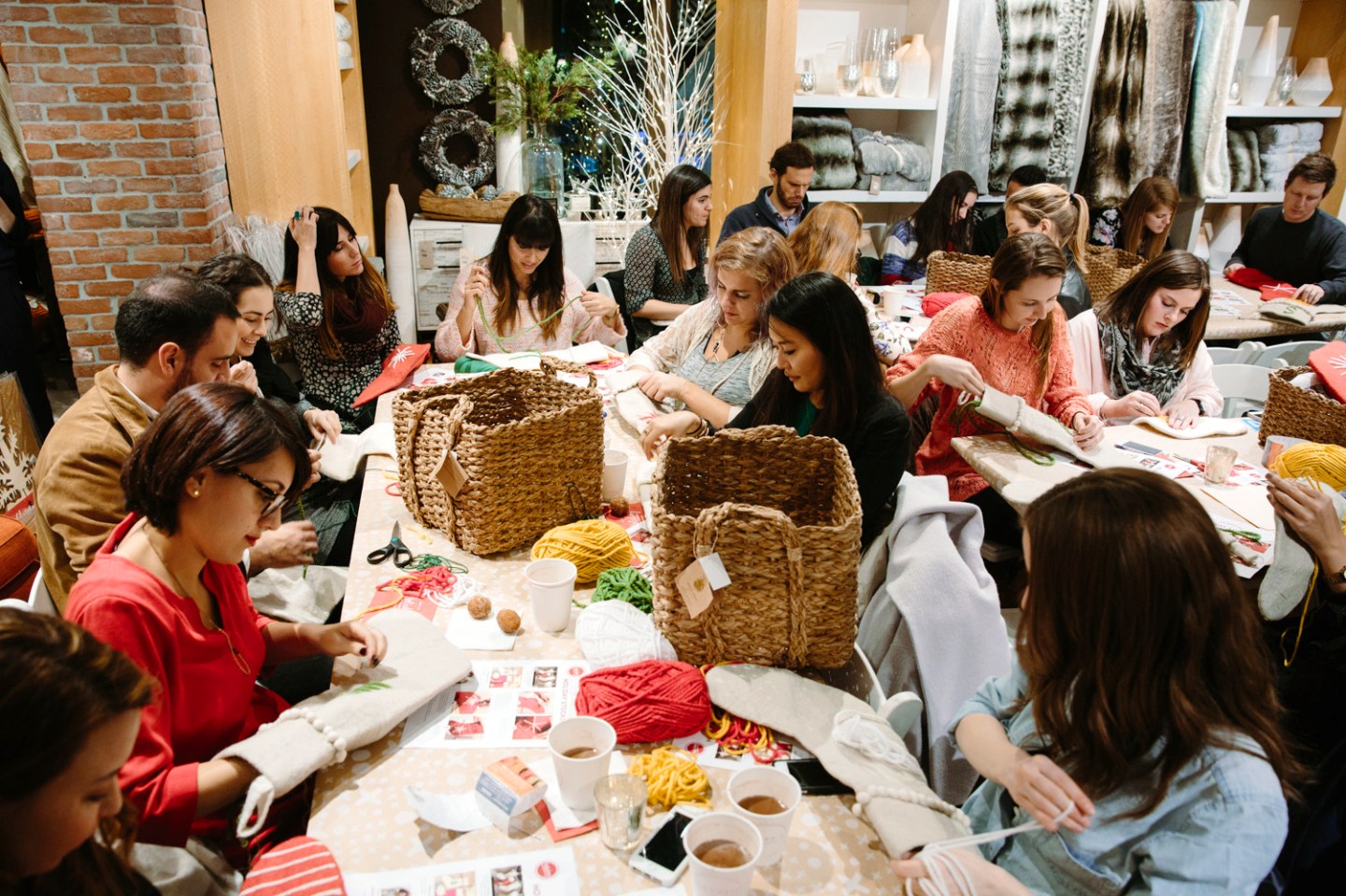 American consumers are expected to rack up a whopping $61 billion credit card bill for online retail sales this holiday season—a record, according to ComScore, and a 16% climb over last year. Few chains are better positioned to reap the rewards than West Elm. The home decor and furniture brand is the fastest-growing division of parent company Williams-Sonoma, which saw an astonishing 51% of its sales come from e-commerce last quarter. The company pulled in just $4.4 billion in fiscal 2013 revenue but was ranked the 21st-largest online retailer in North America by Internet Retailer Magazine. Gap, with nearly four times the revenue, was No. 19.

To hit that kind of online-offline split, West Elm’s management had to persuade shopkeepers (West Elm lingo for store managers) to buy into the benefits of the web—no easy task when online purchases are often viewed as stealing precious sales per square foot from brick-and-mortar stores. So it began incorporating new metrics to judge store performance. By tracking customers’ zip codes, for example, shopkeepers are now acknowledged for online sales placed in their vicinity. It’s good sense. A large share of purchases originate in-store but are completed online—say, if you go in to browse for a sofa but want to consult with a significant other before taking the plunge.

“There was tremendous pressure to deliver on the sale on the day when the customer was in there,” says Vanessa Holden, West Elm’s creative director. “Now we’re really giving the associates credit for and ownership of relationships that don’t entirely happen within their four walls.”

West Elm stocked its Durham, N.C., location with this nghtstand in a futuristic white finish, but it didn’t sell. A look at online sales data and a switch to a natural finish did the trick.Photo By: Christine Han—West Elm

The interplay between West Elm’s physical and virtual stores starts at the very beginning of the process: picking a new site. This year the brand opened 11 brick-and-mortar stores, placed and stocked with consideration of the behavior of nearby online customers. In the college town of Durham, N.C., demographic data suggested that West Elm should expect a younger shopper seeking a contemporary look. A few months in, the store wasn’t living up to its potential. “We took a more surgical look at what the direct-to-consumer information was telling us,” Holden says. “It told a really different story.” Online sales revealed a preference for traditional, not modern, pieces—a reflection of the state’s role as the birthplace of American furniture. The local team revisited the store’s offerings and sales rebounded.

Before, “shopkeepers knew what their customers looked like walking in,” Holden says, “but they did not have a good view of them once they walked out.” West Elm’s synthesis of online and offline means that’s no longer the case.