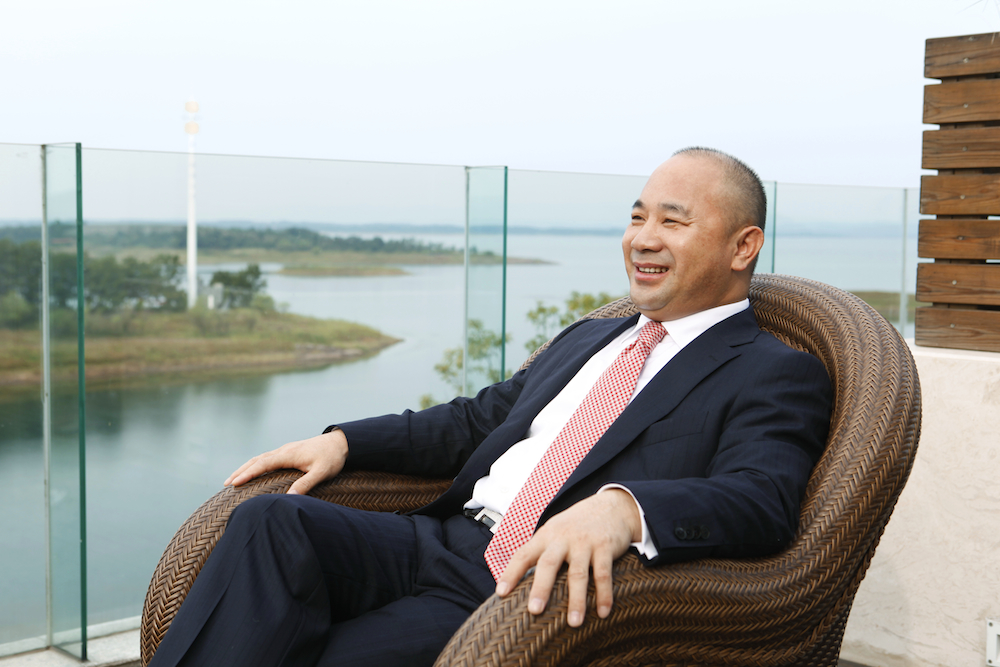 As far as private companies go in China, there are few bigger than Amer International Group. As head of what was once a tiny producer of copper rods in the country’s south, founder Wang Wenyin has multiplied Amer’s mines and factories—not to mention its influence among the Communist Party—to challenge the dominance of the country’s state-owned giants.

In just over a decade, Amer has grown into one of the world’s biggest copper players. In 2014 it ranked No. 295 on Fortune’s Global 500 list, posting $38 billion in sales and $833 million in profit. Amer’s rise is in no small part thanks to China’s appetite for the industrial metal and Wang’s adroit moves. The country drives 40% of global consumption, and Wang has jumped to stay ahead of demand. Amer’s copper-wire rod production capacity is soon expected to quadruple. A new semiconductor center was formed with a local government—furthering China’s goal of boosting its semiconductor industry in the next decade. Amer’s five-year sales growth runs about 40%. “We’ve grown rapidly, and our home-market economy continues to grow,” Wang tells Fortune during a meeting in his office, which is filled with the classical rosewood furniture he collects.

The company’s offices in Shenzhen are also lined with hundreds of photos of Wang alongside foreign dignitaries like former U.K. Prime Minister Tony Blair and former U.S. Treasury Secretary Hank Paulson, as well as China’s formerly richest man, Wanda CEO Wang Jianlin, who appears on 2014’s Hurun China Rich List at No. 2, 12 spots before No. 14 Wang, who’s worth an estimated $7.2 billion. In a nod to the importance of government connections in his line of work, a Chinese magazine said Wang can recite the names of all of China’s provincial governors and provincial party secretaries.

After growing up in the poor Anhui province, Wang worked as a warehouse manager before starting his own power-cord business, which expanded into Amer. He wears an old gold Omega watch to remind him that time doesn’t repeat, so he can’t make mistakes.

The next step for Amer is becoming a true global player. Wang set up a trading group in Singapore last spring, taking advantage of Wall Street banks’ retreat from commodities trading because of stricter risk rules. The Singapore vantage point will most likely expand Amer’s trading prowess and the number of mining deals it does around the world.

Earlier, Wang traveled to Switzerland to meet with commodities giant Glencore Xstrata, which in 2013 had put up for sale a new Peruvian copper mine called Las Bambas, a massive series of pits expected to produce the equivalent of 13% of China’s annual copper imports. Wang had lawyers and accountants scour the paperwork and even received approval from China’s regulators to buy Las Bambas. The $6 billion price tag was a record for a private Chinese company and would signal Amer’s ascension to the world stage.

In the end, Glencore’s mine in Peru ended up going to a consortium of Amer’s state-owned rivals over the summer. Just a few years ago that would have been the whole story. But the rise of Amer and other private players within China Inc. spells a new era in which smarter, nimbler Chinese companies are closer to going global.