How to land a coveted corporate board seat 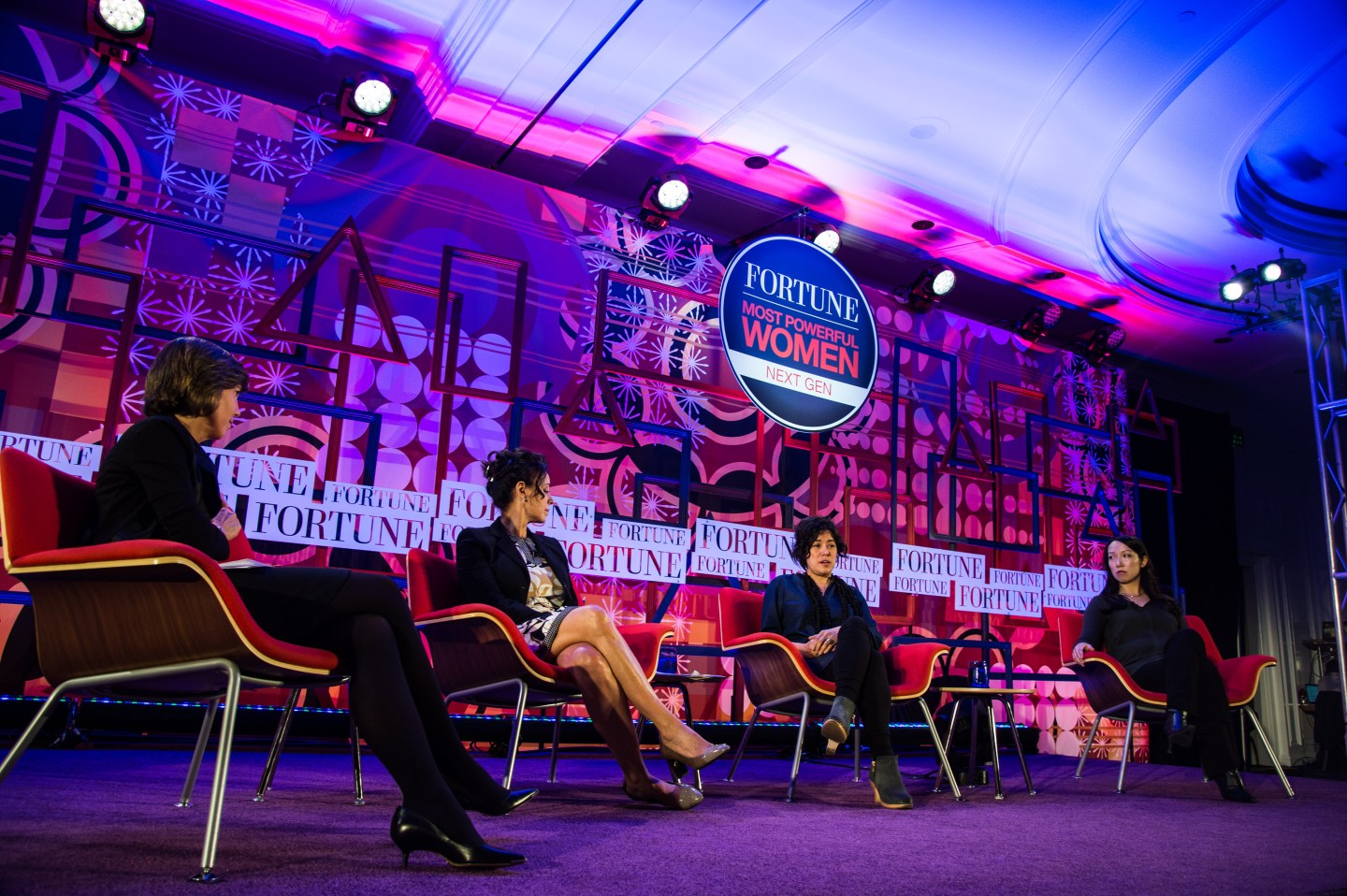 There are only about 300 board seats that come open every year among Fortune 500 companies. So how can women get into this closed circle? At Fortune’s MPW Next Gen conference in San Francisco, three women with extensive board experience shared their insights on breaking yet another glass ceiling.

Gerri Elliott, a former Microsoft (MSFT) and Juniper executive, thought that she could just casually mention her interest in serving on a board. She was wrong. “I thought if I told my small circle of friends that it would happen.” Frustrated, she put together a strategic plan that involved gaining the support of her own company board of directors and senior executives in her quest, and targeting the companies that she wanted rather than waiting for random companies to approach her. Today she services on the Whirlpool (WHR), Bed Bath and Beyond (BBBY), and the Charlotte Russe boards.

Caterina Fake, CEO and founder of Findery and founder of Flickr, was asked to be on several boards, such as Etsy and UC Berkeley, and accepted—some of them too rashly, she now believes. “It was opportunistic,” she says. “I would often feel as if I was not serving the board well.” Last year, her stepdaughter’s sudden illness forced her to abruptly step down from all of them. Now, with her condition improved, Fake is looking to begin again—but is much more careful this time around. The board is a two-way street, after all; if you aren’t the best fit, neither you nor the company that you are a director of will benefit.

The story of Clara Shih, founder of Hearsay, was rather different—and somewhat hard to replicate, because at age 29, Facebook Chief Operating Officer Sheryl Sandberg chose her as her own replacement on the Starbucks (SBUX)

board of directors. One lesson, of course, is to have powerful friends, but more than that, Shih emphasized how important it is to have a domain of expertise if you are looking to be of service to a company. As a young technology company founder, she realizes she’s offering the opposite of a traditional directors long experience and gravitas—and has used that to her advantage when considering other seats (right now, she’s not adding to her directorships, but she is approached frequently).

For women, particularly, gaining a board seat takes a lot of hard, targeted work. Elliott went so far as to write personal notes to some 300 contacts, asking them to help her get on the boards. The most common response? “We didn’t know you were interested.” Once they did know, they reached out to help. The lesson: know what you want — and don’t hold back.