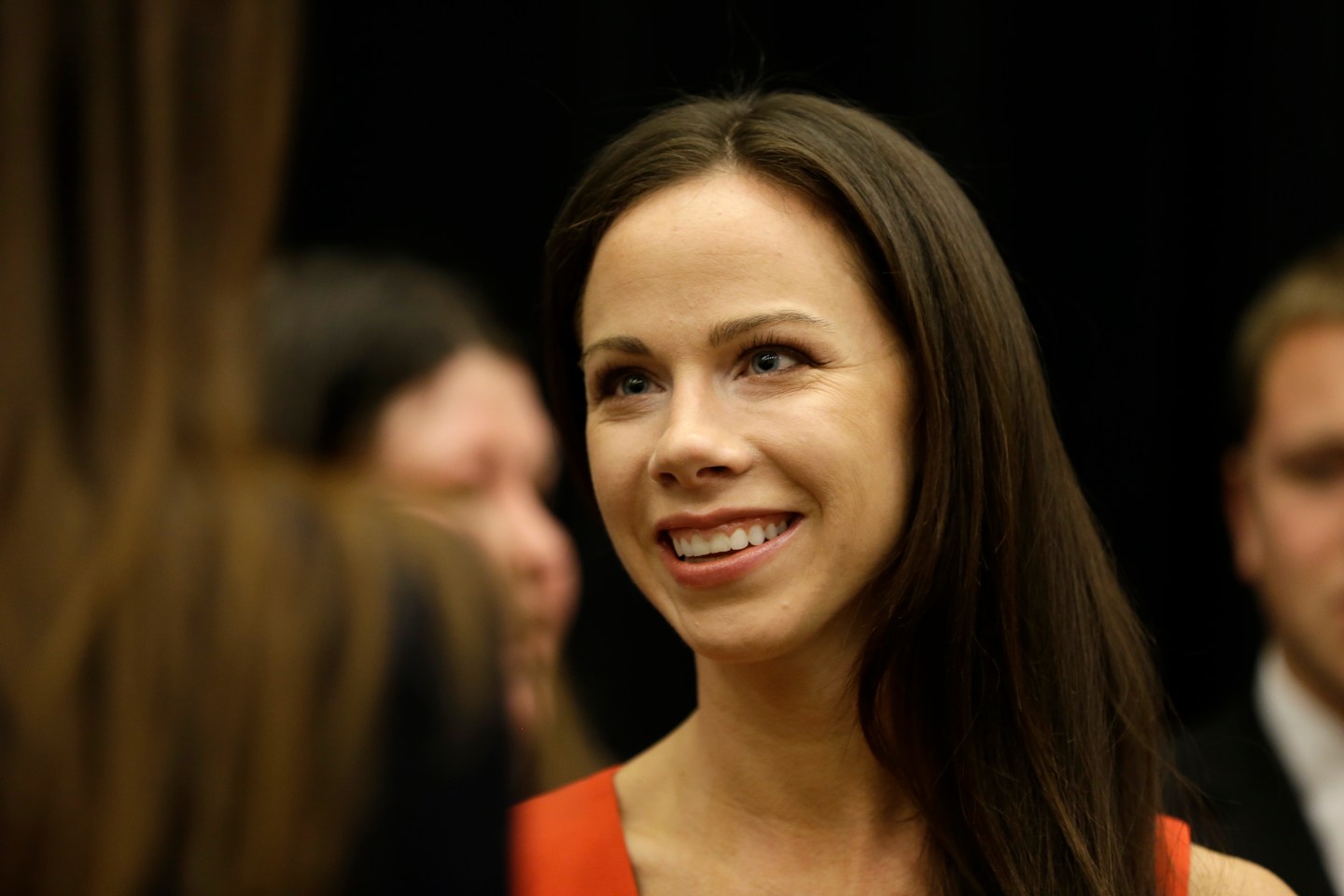 In 2008, Barbara Bush launched Global Health Corps., a nonprofit that matches young people with health and development organizations in the U.S. and Africa for a year-long fellowship. At the time, she was 26 and had just quit her job at the Cooper-Hewitt Museum in New York City.

Though she had artistic aspirations, Bush had been struck by what she saw more than a decade ago on a visit to Africa. Her father, then-President George W. Bush, unveiled a plan to combat AIDS on the continent; there were chaotic lines of people waiting in the streets for antiretroviral drugs that were readily available in the U.S. She wanted to help.

This year, Global Health Corps. recruited 128 fellows, of which 96 were sent to Africa while 32 were deployed to the U.S. It is currently recruiting its seventh class of fellows. In particular, Bush says there’s a need to find candidates with expertise beyond health care, such as business, engineering, and communications.

Earlier this week, I caught up with Bush in New York City after she gave a talk with philanthropist Melinda Gates on global health. We chatted about gender issues and corporate America’s role in helping to solve some of the most pressing health care issues today.

The following is an edited transcript of our discussion.

Fortune: What’s one piece of advice you would give to any young person starting their own nonprofit or business?

Barbara Bush: First, talk to as many people as you can. You want to make sure what you’re creating is filling a gap and doesn’t already exist.

I never intended to start a nonprofit. Initially, we assumed there was already an organization like Global Health Corps. During the first few months, my co-founders and I met with everyone willing to meet with us who worked in the global health space, the development space, as well as the for-profit and non-profit space.

We met with whoever would sit down with us, partly to do our due diligence and figure out what existed. As we met with more and more people, everyone kept validating the need for an organization that would invest in leaders looking to change global health. After a few months, we thought, ‘well, if nobody is doing this, are we going to let this be on our to-do list forever?’

Secondly, it’s scary to start something. Where we learned most was from our first fellows. Once we had our first class in the field, we told them, “you are co-founders with us.” We wanted to learn from what they were seeing on the ground — what information they needed, what training did they need. So by creating that feedback loop, we learned so much and we’ve kept that as part of the culture of Global Health Corps.

Globally, you’ve mentioned that maternal mortality is one of the biggest health challenges for women today. What’s the biggest challenge for women in the U.S.?

The biggest challenges are not disease-specific, but rather it’s navigating a complicated health care system. We often work with women living in poverty whose first language is unlikely English. They don’t know what benefits they have. So our fellows are working with them everyday, particularly with women expecting children, to understand the opportunities that exist within the U.S. health care system.

What can U.S. corporations do?

There’s a huge role corporations can play. They can reach so many more people, and their employees have skill sets so necessary for global health, such as in IT, supply chain management, and communications—if you’re trying to reach half a million women in rural areas, you need someone who understands communications.

For example, there was a fellow named Ameet Salvi who graduated from UC Berkeley with an engineering degree and worked for The Gap. While there, he was helping transport Gap clothing from warehouses to Gap stores across the country. At Global Health Corps, he ended up working on Zanzibar’s drug supply chain, helping distribute drugs from warehouses in Tanzania to clinics and, more importantly, to patients. He had an amazing skill set that he had refined in the private sector to a space that needs a lot more solutions.

One thing we’ve done, and this is just scratching the surface, is work with Hewlett-Packard (HP). Their employees serve as mentors to our fellows throughout the year. So, for instance, if a fellow were working on the drug supply chain in Malawi, he would be partnered with a supply chain expert at HP.

Global Health Corps is entering is fifth year and has grown so much. Career-wise, would you say it’s better to be smart or confident?

I would say you need to be both. I think when you’re starting your own initiative, you have to have a certain amount of confidence. When I started Global Health Corps, I started it with two guys that were at Google (GOOG) and two guys that were running an advocacy organization called FACE AIDS. I think because I had partners, we had some shared confidence, which was critical, because it’s sort of audacious to think you can start an organization and work in six countries as a 26-year-old.

We had huge aspirations. The confidence was critical for us in getting started, but we researched like crazy and we honestly did as much homework as we could to make sure we were creating a model that was smart and that would be effective.

So, I don’t think you can have one without the other.