Who could buy Netflix? 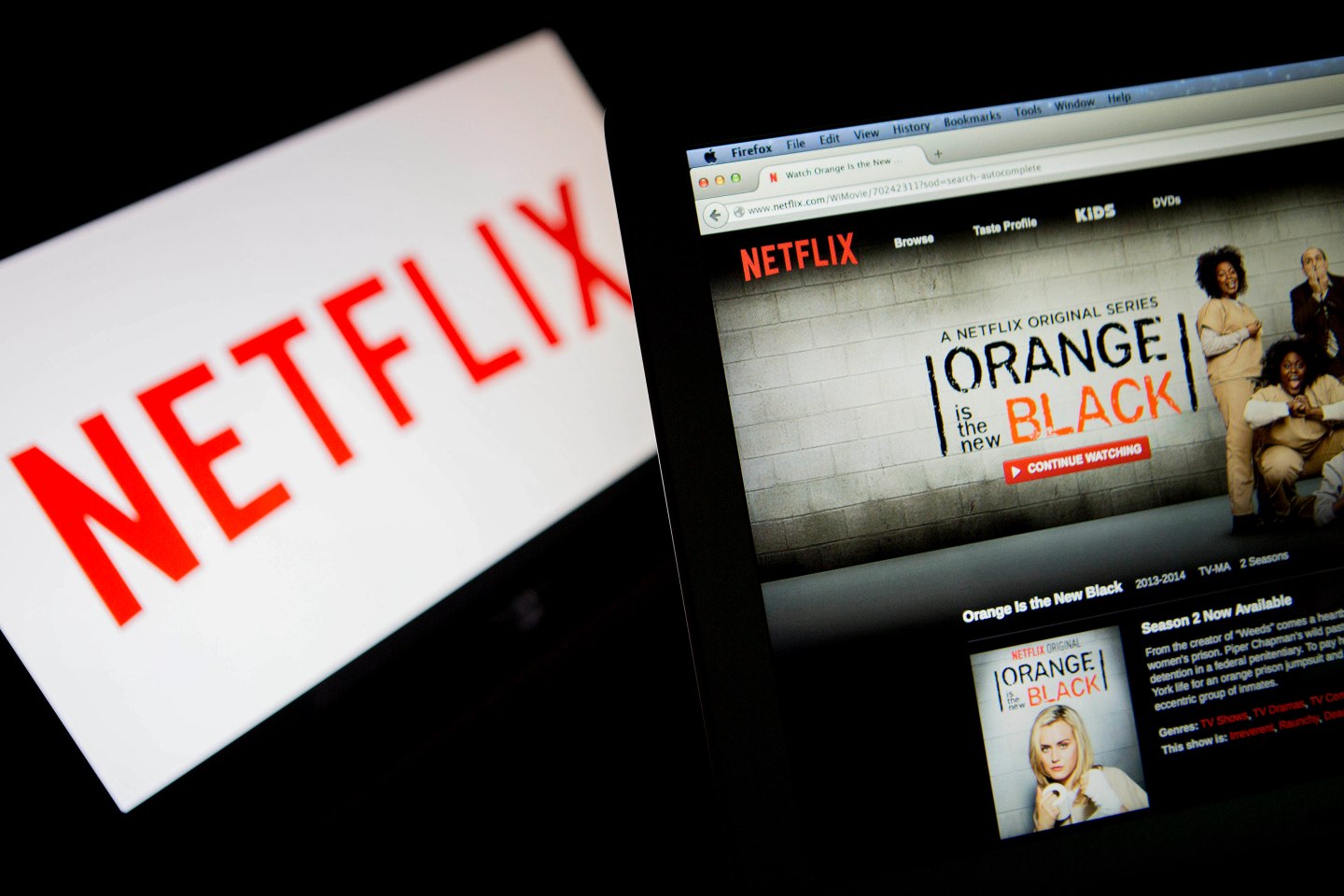 After Netflix’s stock dropped significantly last month, billionaire Mark Cuban raised his stakes in the company on the conviction that the online video streaming service is a prime takeover target. Regardless of whether he’s right, the more interesting question is who could be the most logical buyer?

With 50.1 million subscribers at the end of the third quarter, Netflix is an attractive target for a wide range of companies looking to leverage its large and growing subscriber base. The company has also made meaningful inroads into six European countries this year, expanding its global reach and brand name. Its moves to produce original programming like House of Cards and Orange is the New Black has also paid off handsomely.

But with a market capitalization of $23 billion and trading at a multiple north of a 100 times earnings per share, the company may be too expensive for most buyers. That narrows down the field of potential acquirers and demands a solid strategic rationale for a takeover.

Two obvious, and often touted, potential suitors are Amazon (AMZN) and Apple (AAPL), which have the cash and appetite to acquire a company like Netflix. The problem, however, is that both Amazon and Apple have competing streaming video products that are established in their own right. Buying Netflix might save them money in content acquisition because of the overlap, but it could also cannibalize their existing offerings and possibly interfere with the strategic purpose those offerings serve.

While Amazon’s 1.6% share of the streaming market is still small, it boasts a large video library and uses Prime Instant Video as a marketing tool to increase its paid membership for Prime. Along the same lines, Amazon is likely to make acquisitions that expand its Prime membership and keep customers hooked to the program for the long-term, or as in the case of its acquisition of online gaming site Twitch, buy companies that truly complement its offerings instead of doubling up on them.

Given this, the primary reason to buy Netflix (NFLX) would be to sell Prime to its subscribers. But since the average annual cost of Netflix (about $100) is the same as a yearly Prime membership of $99, and since consumers aren’t likely to pay the fee twice, Amazon would be forced to bundle the two — effectively giving away Prime for free to reach Netflix subscribers. It’s also unclear how many Netflix subscribers already shop at Amazon (or could become shoppers naturally without a merger between the two companies).

What all this implies is that there is rationale for some type of marketing partnership between Amazon and Netflix, but not necessarily a merger.

By contrast, iTunes sells its content via downloads. Netflix’s subscription model would be complementary to its service, but with a hefty 65% of the downloads market, it’s hard to see why Apple would risk this revenue stream by offering subscription-based content that it can sell individually instead. Also, it’s true that iTunes’ revenue growth is slowing, but Apple’s strategy of a self-contained universe of i-products has been so successful that it is unlikely to dilute its powerful branded platform by inviting an outsider into the family.

In addition, even though Apple has $155 billion in cash and securities on its balance sheet, it tends to use that money for share buybacks and for purchasing small companies primarily for their intellectual property or talent as opposed to sustaining its businesses. The $3 billion Beats acquisition was an exception but that has a lot to do with Apple’s focus on music. This puts Netflix far outside of Apple’s desired scope, at least for now.

Another potential acquirer could be Comcast (CMCSA), soon to be Comcast-Time Warner. The combination of Comcast and Time Warner, upon government approval, will create the biggest cable provider in the U.S. with 30 million subscribers. However, despite its market power, Comcast is now facing a growing challenge of consumers wanting to cut the cable cord. As services like Netflix, Hulu, and now even HBO and Showtime provide consumers with most of the content they want over the Internet, the traditional cable model is breaking down.

By acquiring Netflix, Comcast could bundle the company’s video streaming portal with its own broadband access service, which might help it to replace customers that it loses on the cable side. A merger would also help Netflix, which was forced to pay a fee to Comcast to avoid being slowed down over the company’s network.


Still, there are two wrinkles here. First, President Obama’s recent call on the FCC to enforce net neutrality could prevent companies like Comcast from selectively slowing down Internet traffic and therefore obviate the need for Netflix to pursue a transaction with the cable operator, making the buyer more eager than the seller (although the head of the FCC has pushed back on the idea). In that situation, Comcast might have to pay a very large premium to obtain Netflix.

The other problem would be anti-trust approval. Ironically, the scope of the synergy between these two companies and the combined reach they would have makes this transaction highly improbable, if not impossible. Comcast’s deal with Time Warner has drawn plenty of fire from market watchers with anti-competitive concerns stemming from such a mega-merger, and any further moves by Comcast down this road could be a non-starter for the Department of Justice.

That brings us to the most appropriate suitor for Netflix – Chinese ecommerce behemoth Alibaba (BABA), which recently went public.

Flushed with cash after going public, Alibaba could potentially have up to $50 billion to spend. The company is also looking to grow through acquisitions in the U.S. More importantly, it wants to create a streaming video presence in China to compete with domestic players like Youku Todou and Sohu.com, and has partnered with Lions Gate Entertainment (LGF) to launch a new service.

While Lions Gate is a successful movie and television producer and distributor, it has no experience in running an online content portal and is potentially limited in its content relationships unlike a pure-play distributor like Netflix. If Alibaba really wants to crack the streaming video market, it would benefit more from the technological and marketing expertise of the leading player in the space rather than start from scratch with Lions Gate.

It may be that Alibaba’s goal isn’t just to launch a new video service but to make a splash in Hollywood through production. But there too, Netflix could be a solid partner given its aggressive entry into series creation and now into movies as well. Netflix has also said that it will double its spending on original content in 2014, some of which could be channeled into producing exclusive content for China while the rest continues to support the U.S. and other markets. In other words, by acquiring Netflix, Alibaba would gain a powerful brand name, a global streaming footprint (spanning 50 countries), and a plug-and-play operation for the $470 million Chinese online video market.

For Netflix’s part, slowing domestic user growth means the company needs to expand actively into new markets, a point that CFO David Wells stressed during an investor event. While the Chinese market is not an easy one to navigate – challenges range from government restrictions and piracy of content to hesitation from consumers to pay for online video – Alibaba, with its size and local clout, could help Netflix succeed in that environment. And with its growing expenditures on original content and rapid push into international markets likely to cost a lot of money, Netflix could benefit from Alibaba’s balance sheet.

Finally, with Netflix currently trading 20% down from its 52-week high, and the Lions Gate investment not yet complete, now would be a good time for Alibaba to explore talks. Given his long bet on Netflix, Mark Cuban would be happy.

Sanjay Sanghoee is a business commentator. He has worked at investment banks Lazard Freres and Dresdner Kleinwort Wasserstein, at hedge fund Ramius Capital, and has an MBA from Columbia Business School. He does not own any shares of Netflix, Amazon, Apple, Comcast, Time Warner or Alibaba.