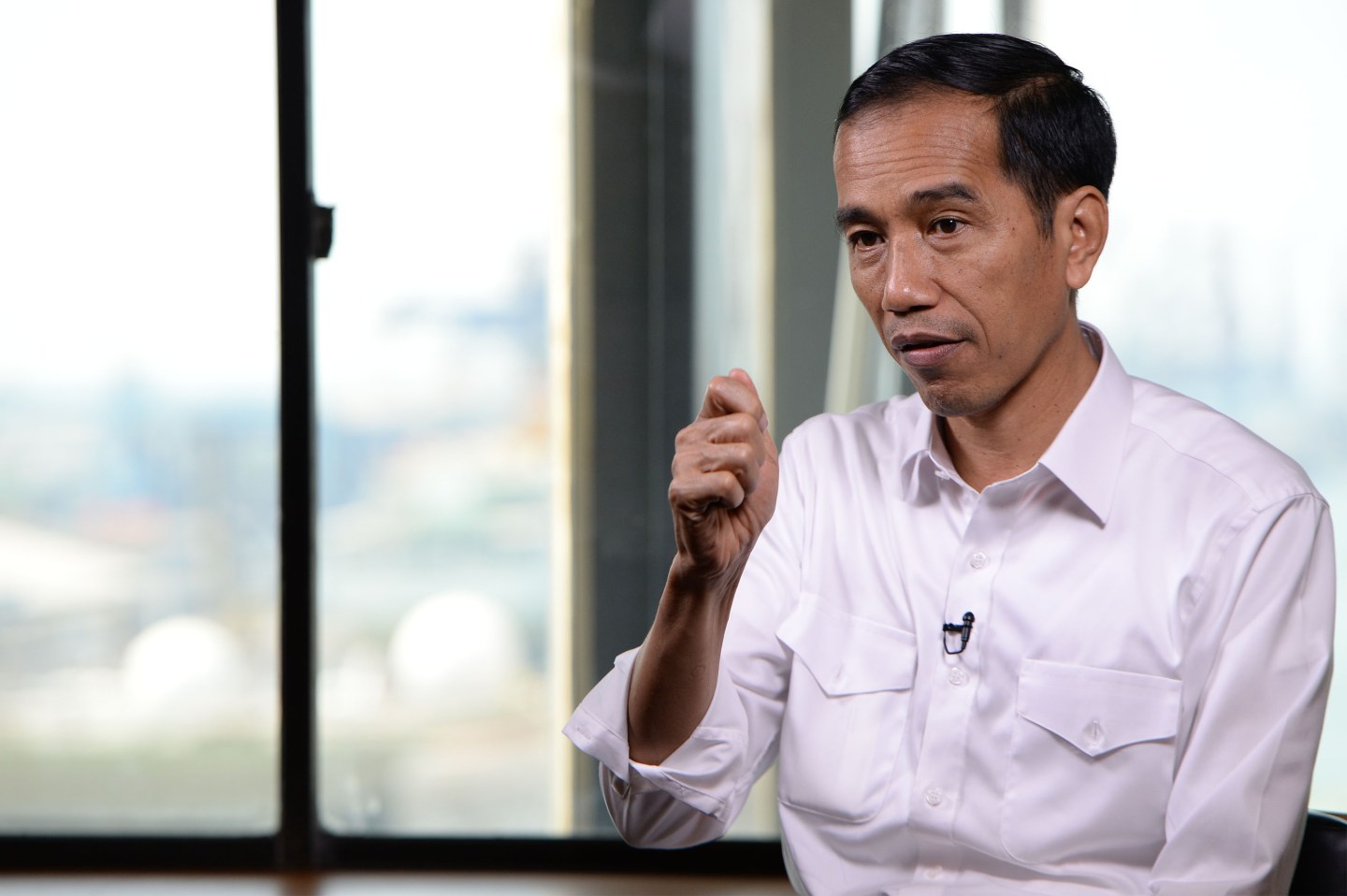 Indonesian President Joko Widodo all but eliminated the country’s subsidies for fuel use, ordering steep increases in regulated prices for gasoline and diesel.

The move, which fulfils a key pledge of Widodo’s election, will raise domestic gasoline prices by around 31%, and diesel prices by 36%.

While that risks angering the middle-class voters that swept Widodo to power earlier this year on an anti-corruption, pro-investment ticket, it will handily reduce both the government’s budget deficit and, by reducing demand for imported fuel, the current account deficit, which have been the country’s two biggest macroeconomic weaknesses in recent years.

Widodo is following the lead set by Indian Prime Minister Narendra Modi in taking advantage of the sharp drop in global oil prices to eliminate subsidies that have swallowed up vast amounts of public money in recent years.

Crude oil futures are trading close to their lowest level in over four years as rapidly growing supply from the U.S. meets stagnant demand from a weakening global economy. As such, the rise in gas prices will happen from a lower base, limiting the impact on domestic drivers.

It will, however, pose at least a temporary shock to inflation, and the Indonesian central bank said Tuesday it would raise its benchmark interest rate for the first time in over a year, by 0.25% to 7.75%. The Indonesian rupiah strengthened to a three-week high against the dollar in reaction to the news, while the local stock market rose to its highest in nearly a month.

Analysts at ANZ said the elimination of the subsidies could raise inflation by almost 2.5% over the next two months. The annual rate was running at 4.8% in October.