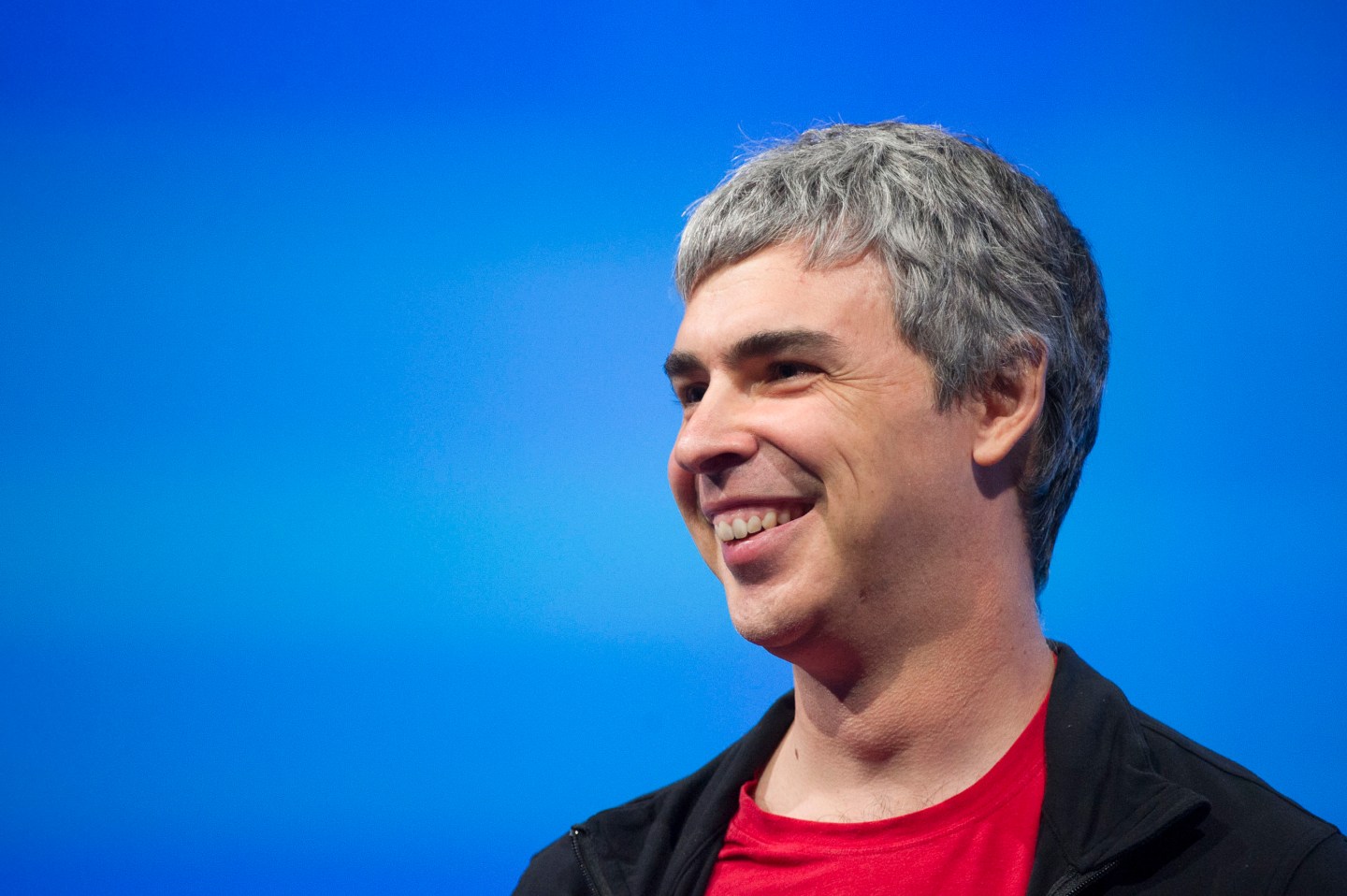 Larry Page, co-founder and chief executive officer at Google Inc., smiles during the Google I/O Annual Developers Conference in San Francisco, California, U.S., on Wednesday, May 15, 2013. Page disclosed a health condition that can result in hoarse speech and labored breathing, though according to doctors won?t impede him from running the Web-search provider. Photographer: David Paul Morris/Bloomberg via Getty Images
David Paul Morris — Bloomberg via Getty Images

For years, Google CEO Larry Page had dreamed about a tantalizing possibility: using balloons, rather than satellites, for communications.

There were plenty of reasons why the idea was interesting. Satellites take years to build and cost millions of dollars to build and launch. For someone used to releasing products in “beta,” and perfecting them through rapid iteration, this was a huge barrier to innovation. “You’re pretty averse in your development of these things,” Page said during a recent interview. What’s more, the cost and time involved in a launch often led to technology lock-in—if something you’ve invested millions in works, you’re going to stick with it rather than trying to perfect it and risk a setback.

Balloons offered an alternative. What if you could launch a balloon, test it, bring it down, learn something, and repeat, all in the course of a day? Then, you could go back and do it all over the next day. “It’s a natural question to ask,” Page said.

Many of Google’s moonshots—self driving cars, high-altitude wind turbines, and most recently ingestible nano-particles for early detection of cancer—started as zero million dollar problems. And as no one was working on them, Google (GOOG) was able to attract some of the top people in field, which Page says gives the company a huge advantage.

But not every crazy idea is worth pursuing. So how do you sort the crazy-but-possible ideas from the plain crazy ones? Page said Google takes a methodical and gradual approach.

A big question with balloons was whether they could stay up long enough—weeks or months on end—on a regular basis to be useful for communications. Ballooning experts believed it was impossible.

Today, Project Loon, which the company’s moonshot lab, Google X, unveiled last year, is testing a fleet of balloons that are routinely staying up in the air for 100 days at a time. They’ve covered more than 3 million kilometers, or about 2 million miles. In tests with telecommunications companies in Australia, New Zealand and Chile, they’re delivering speeds of 10 megabits per second to rural areas.

Page’s idea is no longer a zero million dollar problem. Google has invested millions in the projects, hired top scientists and conducted hundreds of tests in different environments. But at the genesis of this, and several other moonshots, there were some key ingredients: Page’s natural curiosity and his impulse for self-directed learning, which he traces to his education in a Montessori school.

“How do you play detective a little bit and then how do you convert that into things that can transform how a billion people can get their connectivity,” he said. “That’s the exciting part.”

Exciting. And fairly straightforward—at least if you’re the world’s most ambitious CEO. “You see some evidence that it’s possible and you try to figure things out,” Page said. “And you say, well, maybe that’s the question we should be asking.”

Next, read: “Google’s Larry Page: The most ambitious CEO in the universe” by Miguel Helft