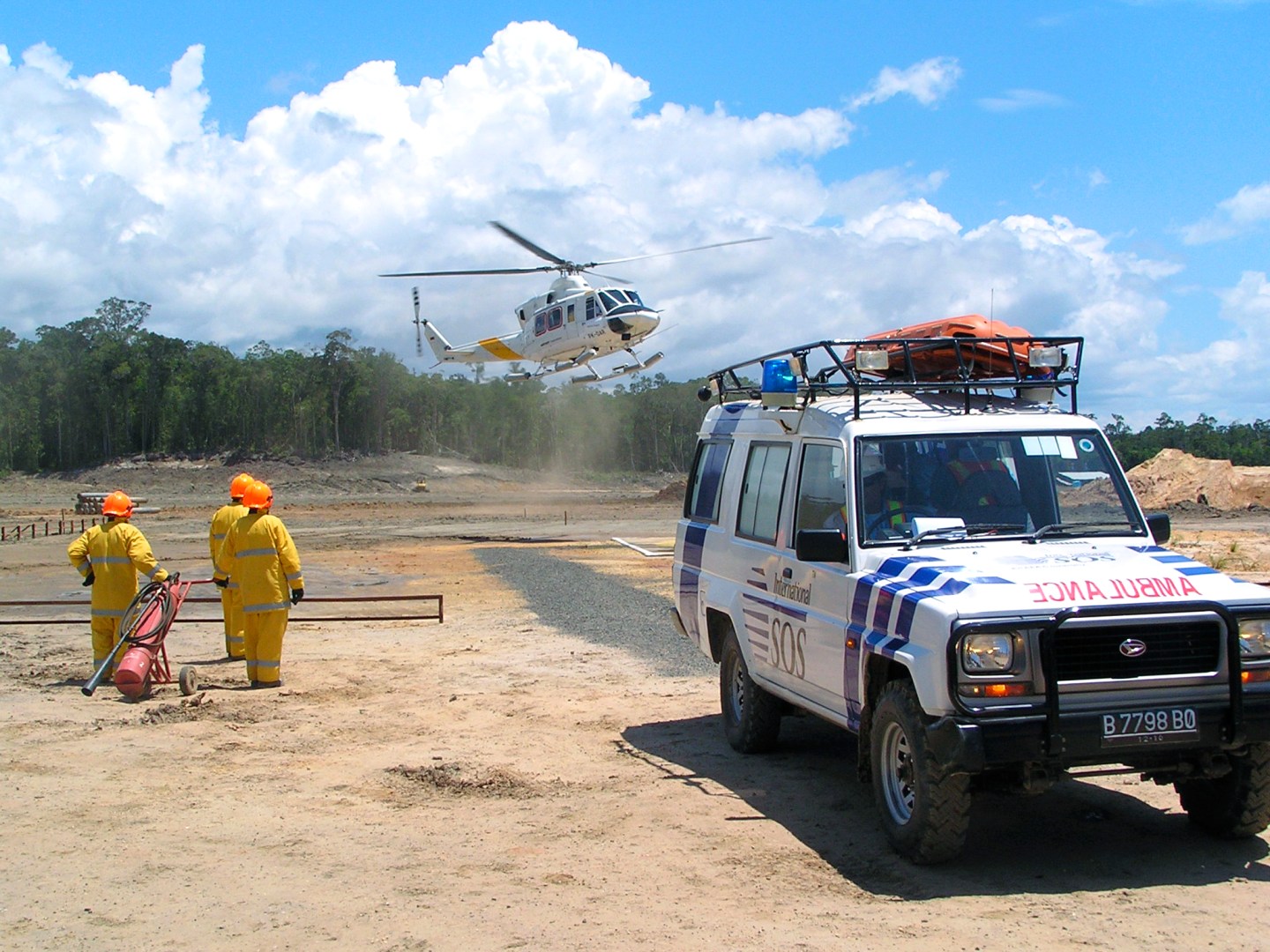 It’s a big and unpredictable world out there—and more and more often multinationals are doing business in the most remote and risky parts of it. This year, the advance of ISIS, Ebola, an on-and-off again war in Ukraine, and a coup in Burkina Faso, among other crises, have sent overseas employees scrambling for the borders. What’s a big corporation to do when staff in its far-flung offices need to get out of Dodge—often while curfews, martial law, road closures, armed rebels and sundry other unforeseen challenges conspire against them?

Ideally, this is not the moment to think fast, but to fall back on one’s rigorously tested emergency response and evacuation plans. For dreaming up and executing these complicated logistical operations, there’s the flourishing multibillion-dollar travel risk management industry. Companies like International SOS and Kroll have been coming to the rescue in the event of natural disasters, political unrest, and medical crises for decades. They gained new import in the wake of the Arab Spring when unexpected violence sent Egypt’s sizeable expat community—an estimated 52,000 Americans alone—frantically looking for the exits.

“A lot of companies felt they had good crisis management plans in place but the overthrow in Egypt exposed some of the gaps,” says Charlie LeBlanc, a VP of Global Risk at UnitedHealthcare, which acquired travel assistance firm FrontierMEDEX in 2012. Among them: questions about budgets and who had the authority to decide whether personnel should be evacuated. Some companies didn’t even have proper headcounts, he says.

“Plans were better for high-risk locations, but Egypt, a relatively stable country for 20-plus years was never on that list,” he adds.

Since then, global business has only gotten riskier. In the most dangerous circumstances, companies like Global Rescue and International SOS with its partner Control Risks, deploy security professionals to pick up and transport the evacuees to a safe haven outside the country by air (helicopters from earthquake-stricken Haiti), land (buses to Uganda from strife-ridden South Sudan), or sea (ferries from Libya to Malta). Other times the best option is for staff to move to another part of the country or simply hunker down.

Unanticipated events like the Arab Spring or the Japanese tsunami make for particularly tricky evacuations. Best-laid disaster plans tend to be complicated by communication, infrastructure, and regulatory challenges. At the time of the Arab Spring, for example, many expats in Egypt held dual citizenship and had most recently entered the country with an Egyptian passport. This became a problem when they tried to evacuate using their other passport (Egyptian nationals were not allowed to leave the country at the height of the unrest), and immigration officers would be “looking for an entry stamp that didn’t exist”, says LeBlanc. Even simply designating a safe haven can be complicated: companies tend to employ a variety of foreign nationals—not all of whom will be able to flee to the same countries because of varying visa and travel requirements. It’s to avoid this sort of last-minute scramble that corporations typically evacuate early—the goal is to get expats before things get that bad.

As instability rises, companies have become increasingly mindful of their “duty of care” obligation—making sure employees are kept from harm’s way, even when they’re based in a hot zone. (In 2007, the UK passed a law that made corporate manslaughter a criminal offense.)

It’s now standard practice for corporations, with the assistance of a company like International SOS, to closely monitor country-related risks. Though evacuation triggers vary, when things begin to get even a little bit hairy, companies tend to send home family and non-essential personnel in orderly, undramatic fashion: Employees meet at a rally point, travel together to the airport, and fly away on commercial flights.

Companies also devise plans for securing corporate assets and managing local staff in country—usually by giving them severance packages—should essential staff have to go too.

Even with increasing readiness in the corporate world, Scott Stewart, VP of Tactical Analysis at Stratfor, a global intelligence firm says employees should be ready to mobilize on their own, just in case. He recommends having a fly-away kit ready and contingency plans for your pet (Sparky will probably not be allowed on the getaway plane).

A shorter version of this story appeared in the December 1, 2014 issue of Fortune.