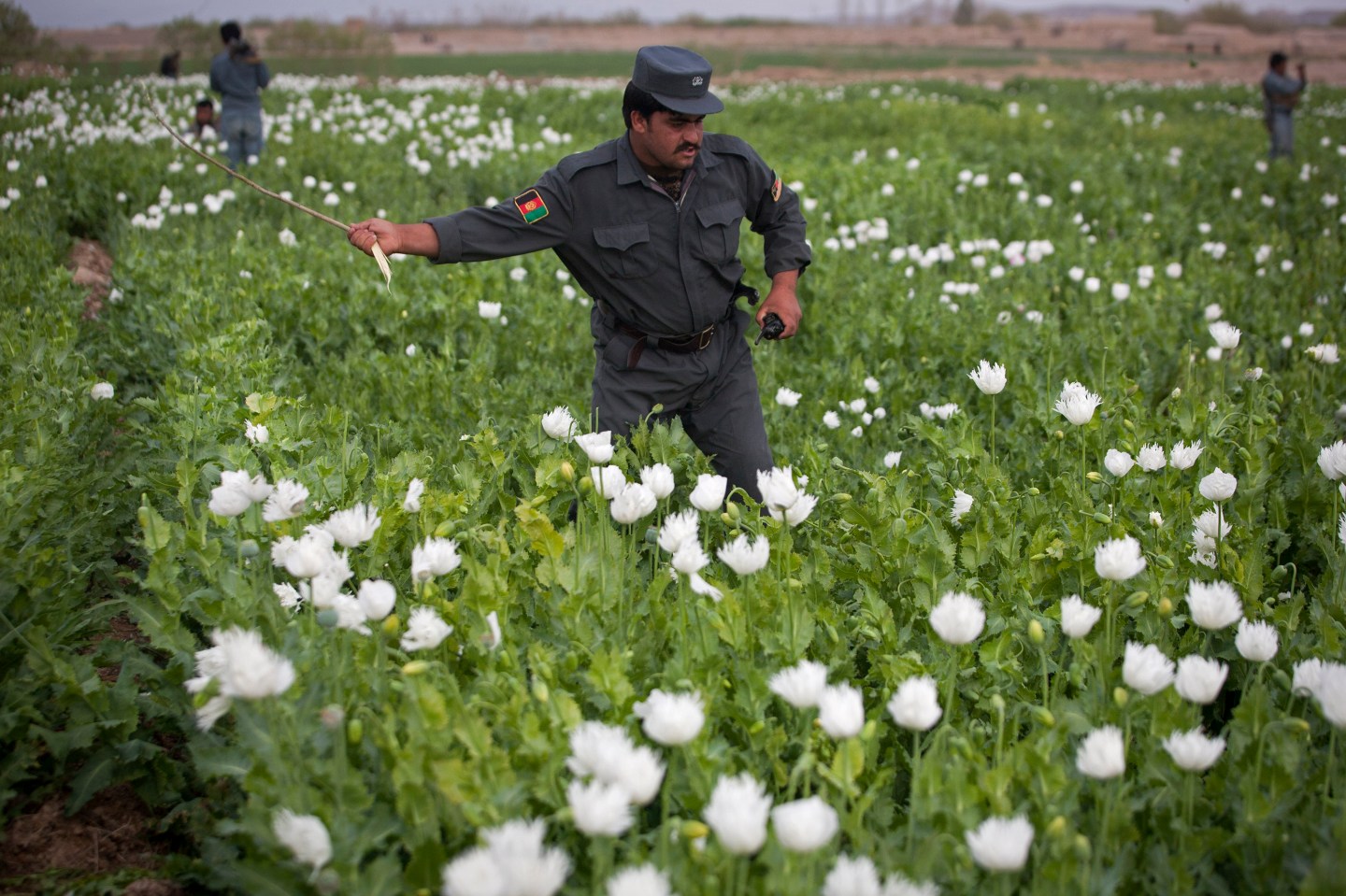 BABAJI VILLAGE, AFGHANISTAN - MARCH 14: An Afghan policeman swipes at opium plants as they tackle the crop on a farm on March 14, 2013, in Babaji village-Helmand Province ,south east Afghanistan. Most of the opium is chemically processed to produce herion, which ends up heading to either Iran, Russia and/or Europe. According to United Nations report, in 2012 there was an increase of 18 percent in cultivation of opium in Afghanistan; the world's largest source of the crop. (Photo by Majid Saeedi/Getty Images)
Photograph by Majid Saeedi — Getty Images

The United Nations Office on Drugs and Crime (UNODC) says Afghanistan’s potential opium production for 2014 is set to increase by 27% from the previous year, up to an estimated 6,400 tons. The Afghan poppy crop has provided the bulk of the world’s heroin supply over the past twenty years, accounting for nearly 70% of it in 2000.

The U.S. said in October they had spent $£7.6 billion trying to eradicate opium poppies since troops arrived in the country in 2001 to oust the Taliban. As NATO and U.S. forces withdrew from Afghanistan this year, it comes as little surprise that this year’s report is particularly sobering. Opium poppy cultivation has risen by 7% year on year and now covers more than 553,000 acres of land.

The overwhelming majority of cultivation takes place in the Southern and Western provinces, parts of the country which have been subject to the most violence and are the least secure. Opium accounts for nearly $1 billion, roughly 4% of the country’s estimated GDP.

UNODC Director Yury Fedotov said in a statement that illicit drugs have had a disastrous impact on the country, with more than one million Afghans currently drug dependent.

Fedotov met with Afghan President Ashraf Ghani last weekend to discuss plans to counter the harmful effects of drug production on Afghans and their neighbors. Money from the drug production finances Taliban operations and contributes to a great deal of organized crime and corruption in the Afghan government.