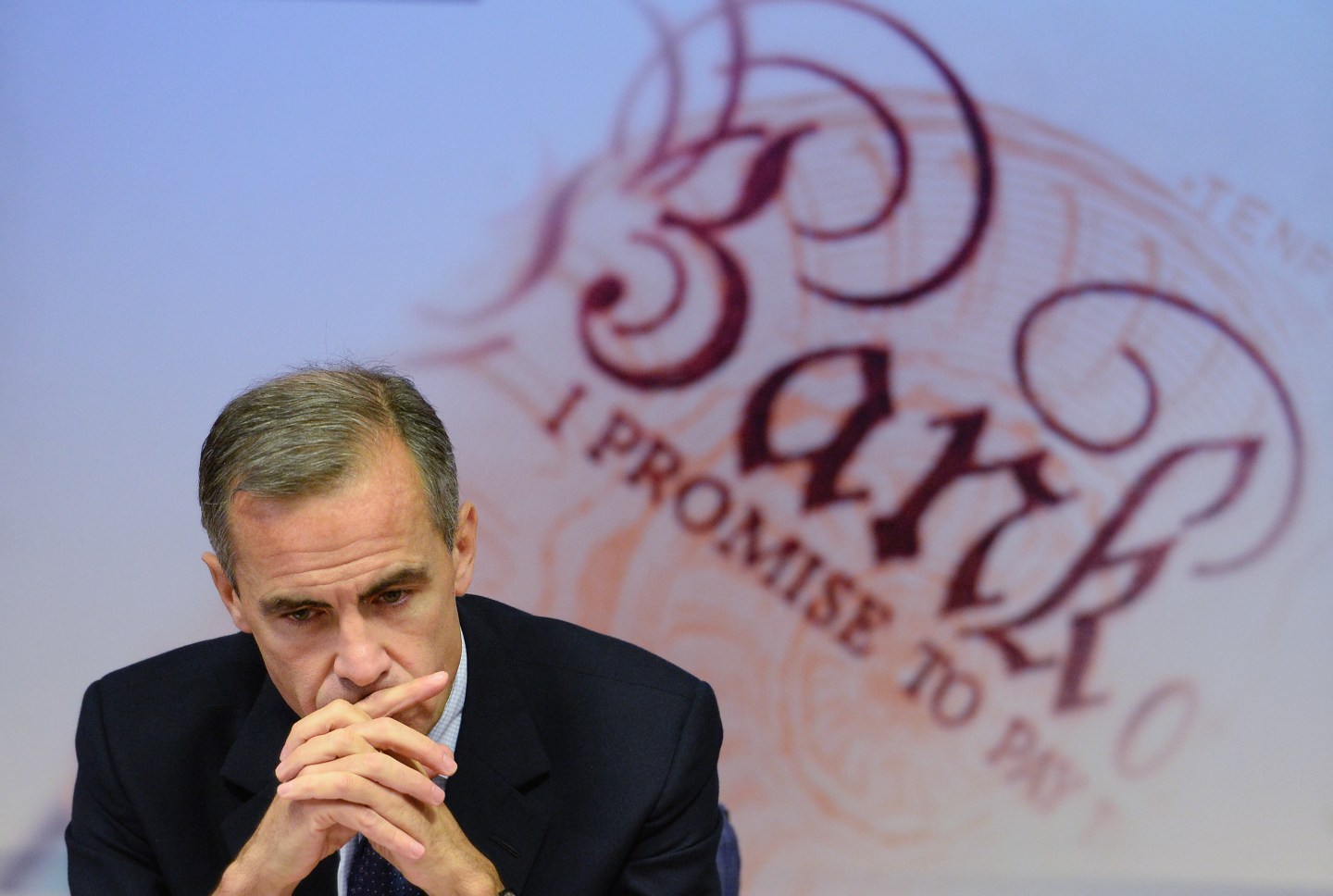 LONDON, UNITED KINGDOM - NOVEMBER 12: Bank of England Governor Mark Carney holds a press conference on the quarterly inflation report at his office, on November 12, 2014 in London, England. Carney predicted that inflation will fall below 1% over the next six months and also cut the UK's growth forecast. (Photo by Stefan Rousseau - WPA Pool/Getty Images)
Photograph by Stefan Rousseau — WPA Pool/Getty Images

Europe’s industry failed to deliver the bounce in September that had been hoped for, as even the region’s stronger economies continued to show signs of slowing down.

Eurostat said Wednesday that the Eurozone’s industrial output rose by only 0.6% in the month, after a shocking 1.4% contraction in August caused by a combination of weak business and consumer confidence and a freakish concentration of holiday-related factory closures in August.

Stock markets fell across the continent on the news, having expected a more solid 1% rebound. The miss raises the risk that the Eurozone will print a negative number for third-quarter economic growth on Friday, after already running out of steam in the spring, when growth was flat.

Even the stronger economies outside the common currency, such as the U.K. and Sweden, missed expectations, suggesting that the gravitational pull of the Eurozone is increasingly dragging the rest of western and central Europe down with it.

In London, the Bank of England cut its forecasts for growth and inflation for the next two years, leading markets to push back their expectations of a first rise in interest rates since the crisis. Interest rate futures prices now expect a first rate hike in the third quarter of next year, meaning that the Federal Reserve is now expected to be the first major western central bank to tighten policy. Markets expect the Fed to move in the middle of next year.

The pound fell to its lowest against the dollar in more than a year on the news, while the euro was broadly flat against it.

Rob Wood, an economist with Berenberg Bank in London, warned that geopolitical tensions–specifically, the conflict in Ukraine–have been mostly to blame for the slowdown in Germany, the heart of Europe’s economy, and that the renewed fighting there in recent days might continue to have a negative impact.

“But if that conflict freezes again, and remains frozen, then German confidence can pick-up and the key drag on UK growth right now-–the Eurozone–can fade,” Wood said in a note to clients.