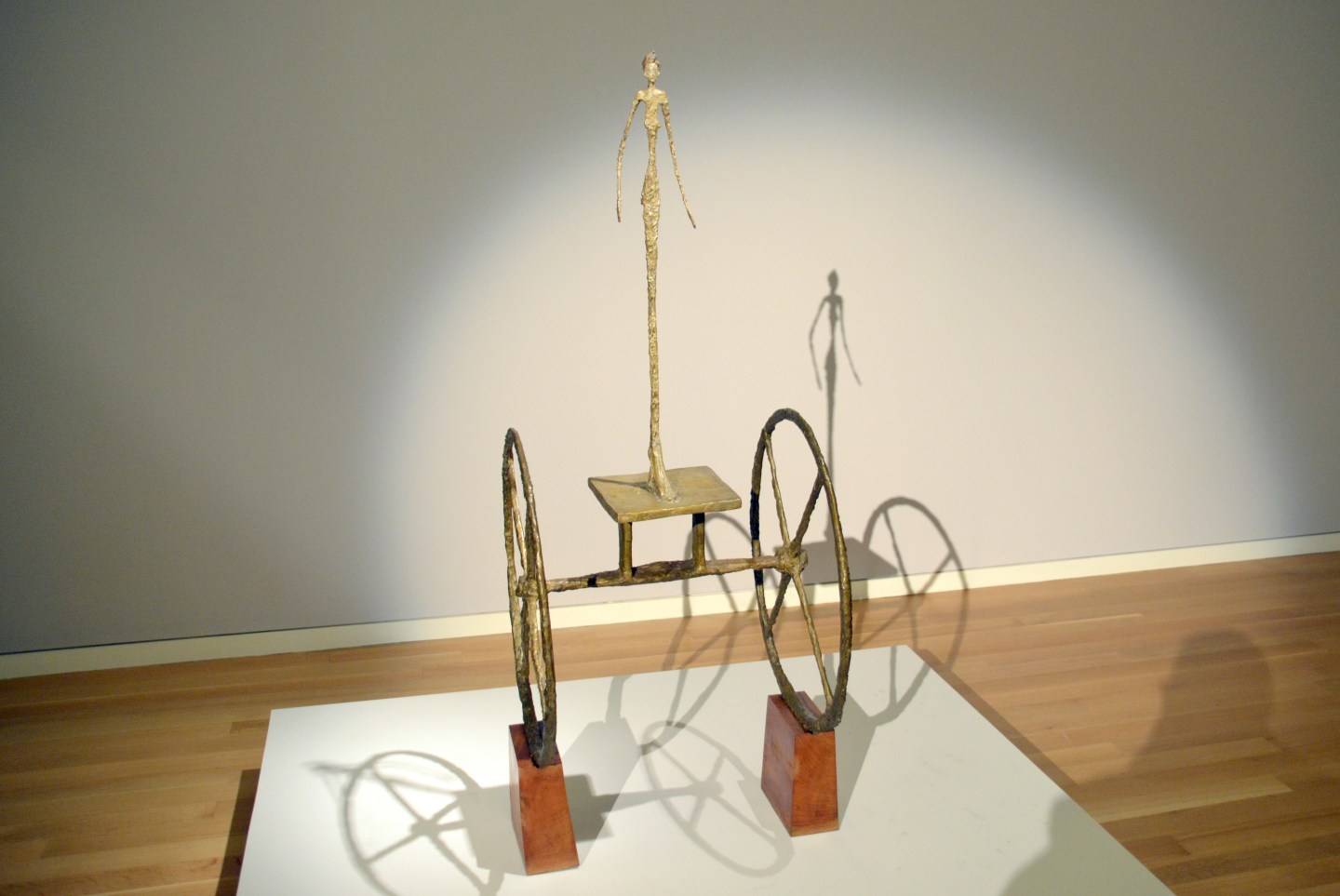 Alberto Giacometti's "Chariot" is on display during the preview at Sotheby's auction in New York, USA, 31 October 2014. The auction house is hoping for a new auction record for a sculpture as it sells "Chariot" (1952) by Swiss artist Alberto Giacometti, who dies in Chur in 1966. It should bring about 100 million dollars. Photo by: Chris Melzer/picture-alliance/dpa/AP Images
Photograph by Chris Melzer — picture-alliance/dpa/AP

Cohen, the founder of SAC Capital, settled insider trading charges for $1.8 billion last year. He went on to relaunch the firm as an investment company under the name Point72 Asset Management. The new name and positioning hasn’t hurt his bottom line: the new fund posted gains of 15% through the end of October, CNBC reported.

The Giacometti sculpture, considered among the artist’s finest, was the crown jewel of Sotheby’s (BID) Impressionist and modern art sale last Tuesday. It brought in one of the highest sums for pieces sold during the fall auction season so far this year.

Cohen is known for his voracious appetite for fine art. His collection is valued over $1 billion and includes stand-out works by Damien Hirst and Jackson Pollock. One of Cohen’s previous blue chip purchases includes Pablo Picasso’s “La Reve,” for which he paid $155 million in 2012.

Cohen’s purchase of the Giacometti sculpture was first reported by the New York Times.