Blake Lively to Martha Stewart: ‘I want to create my own career’ 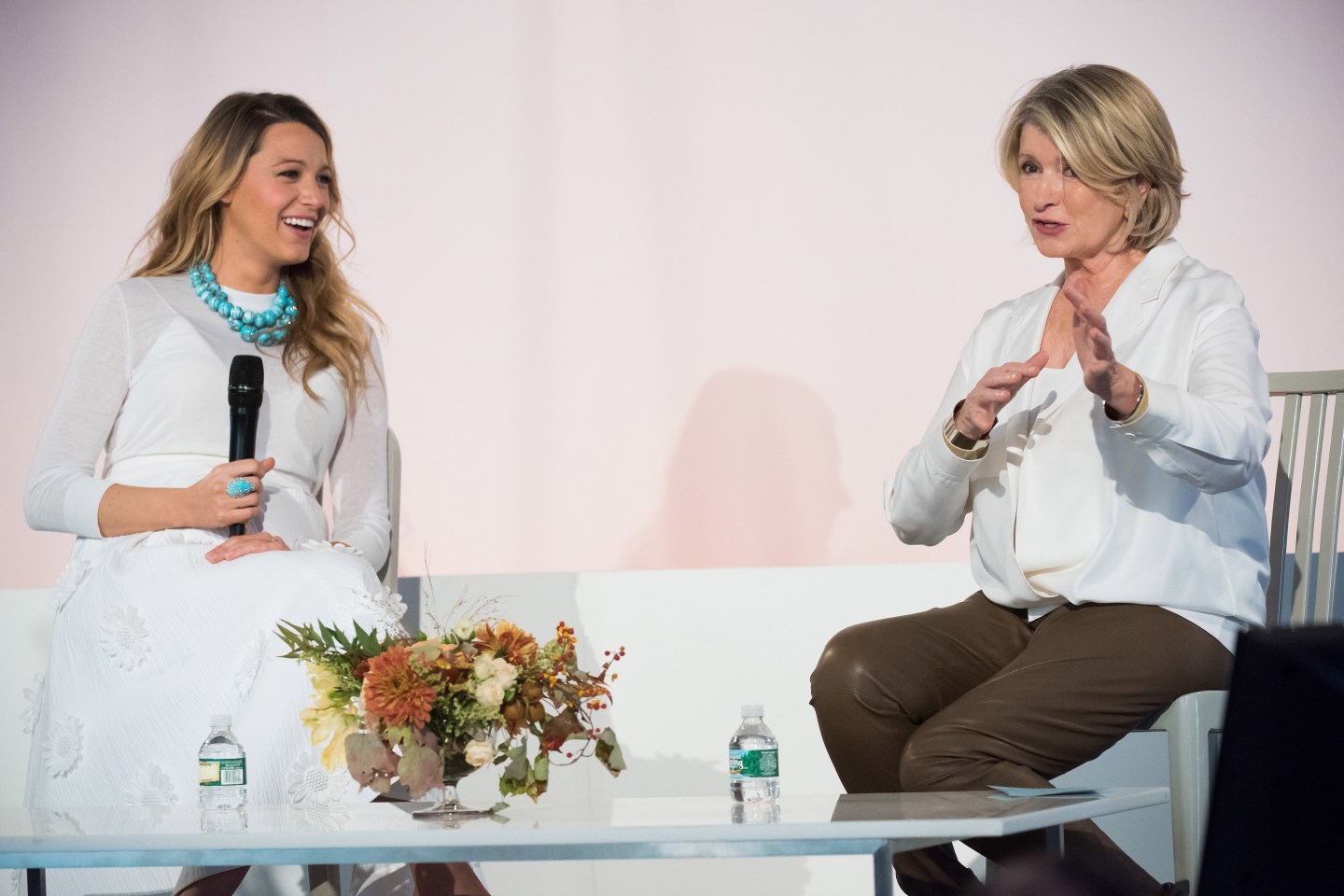 Actress-turned-entrepreneur Blake Lively isn’t taking any breaks. With a baby on the way, Lively has been busy hosting baby showers and organizing photo shoots all while launching her new lifestyle website, Preserve.

In a one-on-one interview with lifestyle icon Martha Stewart at Stewart’s American Made Summit on Saturday, Lively said impending motherhood has not slowed her down.

Lively launched Preserve in July, a lifestyle website that she describes as “part magazine, part e-commerce hub, part philanthropic endeavor.” The website features stories about products and people, and it also sells clothes, food, home goods and even jewelry.

Though Stewart recently criticized Lively and actress Gwyneth Paltrow, who recently hired former Martha Stewart Living Omnimedia (MSO) CEO Lisa Gersh to run her website Goop, for their forays into the lifestyle sphere, she and Lively made nice on stage. Stewart introduced Lively as her “friend and neighbor,” and Lively referred to Stewart as her “idol.”

As Lively spoke about her new role as a businesswoman, she admitted she may not have a ton of expertise, but she has an incredible amount of passion. She said that she’s had really great teachers and mentors (like Stewart) to guide her along the way.

“I rely heavily on friends, loved ones and people that I look up to,” she said. “I’ve always been hungry for knowledge and experience.”

And that hunger for experience is what inspired her to pursue something other than acting and launch Preserve. A few months prior, Stewart reportedly called Lively’s new venture “stupid,” asking, “Why would you want to be me when you can be an actress?”

At Saturday’s event, Lively explained that acting is a career she does not control. Though she loves the profession, she said the job’s unpredictability always scared her because she also knew how much she wanted to be a mother.

“Acting is something that’s very much in the hands of other people,” she said. “I want to create my own career. A big part of wanting to start Preserve was that I need a world that is my own where I’m in charge of my success or failure at the end of the day. I want to be able to own that.”