Gwyneth Paltrow ‘psyched’ that Martha Stewart sees her as competition 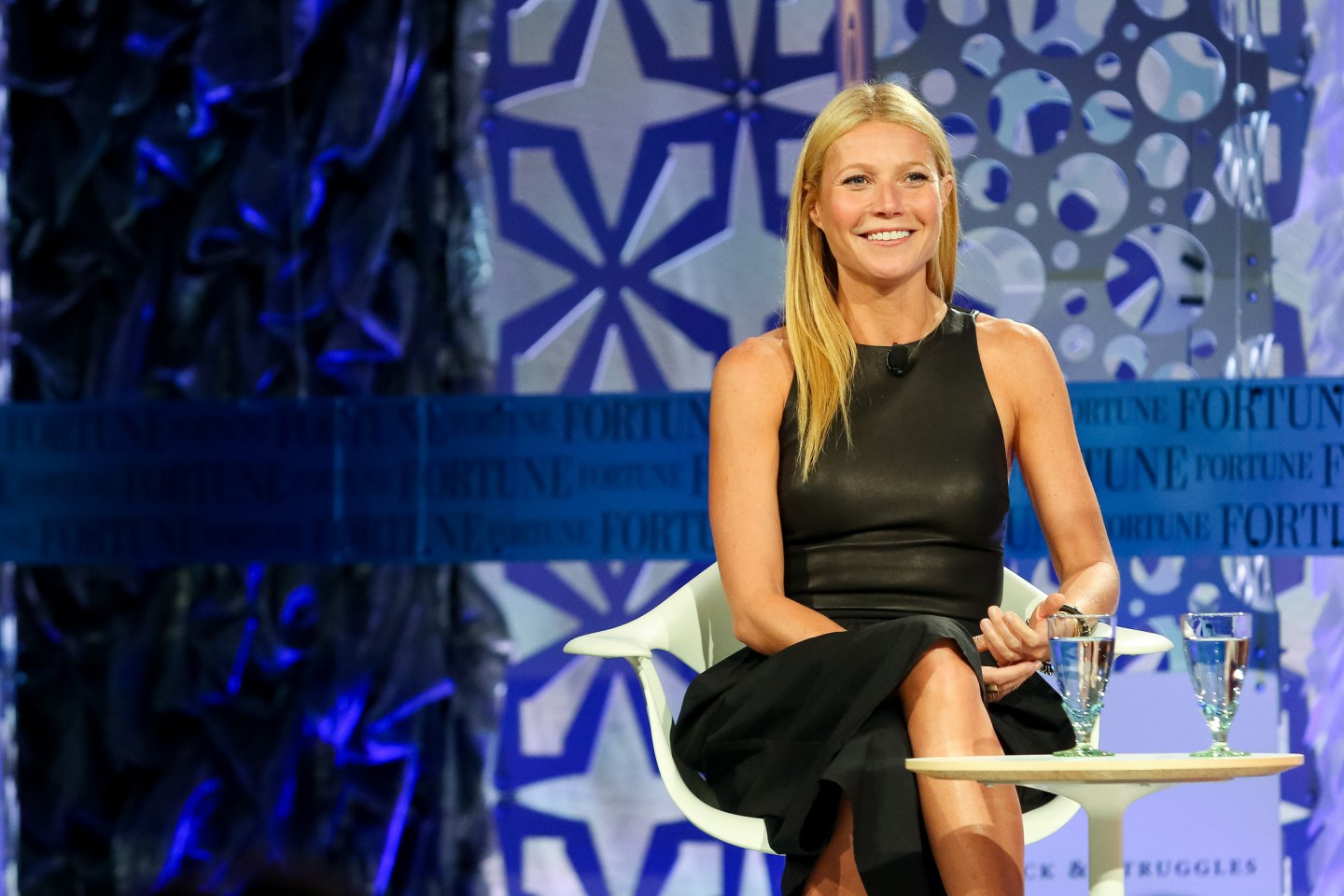 Gwyneth Paltrow may be an Oscar-winning actress, but these days she’s all about Goop.

At Fortune’s Most Powerful Women Summit on Tuesday Paltrow laid out a vision for her lifestyle startup, Goop—get ready for lots of products—and took on the criticism she’s received from lifestyle guru Martha Stewart, in a conversation with Real Simple editor Kristin van Ogtrop.

“No one has ever said anything bad about me before, so I’m shocked and devastated,” she quipped. “I’ll try to recover.”

(Stewart had reportedly said of Paltrow, “She just needs to be quiet. She’s a movie star. If she were confident in her acting, she wouldn’t be trying to be Martha Stewart.”)

Paltrow added, “If I’m really honest, I’m so psyched that she sees us as competition. I really am.” She said that criticism is often more revealing about the criticizer than its recipient.

The back-and-forth between Paltrow and Stewart took on new meaning, as Paltrow announced this week that she had hired Lisa Gersh, the former CEO of Martha Stewart Living Omnimedia (MSO). The two met through fitness guru Tracy Anderson last year.

Paltrow noted that one of the reasons Gersh agreed to take on the job was because she saw the potential for multiple revenue streams. “Our base has grown totally organically. We’ve never marketed,” she said. “There’s a big opportunity there. I just wasn’t smart enough to figure it out.”

She called out food, health, and wellness as areas of potential growth, and said she wants to develop a lot of product under the brand–either by making their own or licensing across categories.

Paltrow said that she sees her acting career as something very separate from Goop. “For me it’s very differentiated,” she said. “It’s so incredibly rewarding and challenging in a way that the movie part just can’t be at a certain point.” She noted that the movie business is changing and shrinking, leading to a narrowing in choice roles.

Goop was born after Paltrow took a break from acting to start a completely new business. She had done 30 different film back-to-back-to-back and wanted to take some time off to be with her newborn daughter.

“When I started it, it really was just for myself and my friends,” she said. “I didn’t foresee the community I was creating.” She added: “I sometimes look back and say, ‘What the heck what was I doing?’”

When asked what skills from acting were transferable to entrepreneurship, Paltrow said she believed they were more interpersonal than anything else. “Establishing that kind of rapport and respect and listening kindly and openly—those things that help you be a good actress help you in business. They create more points of connection.”