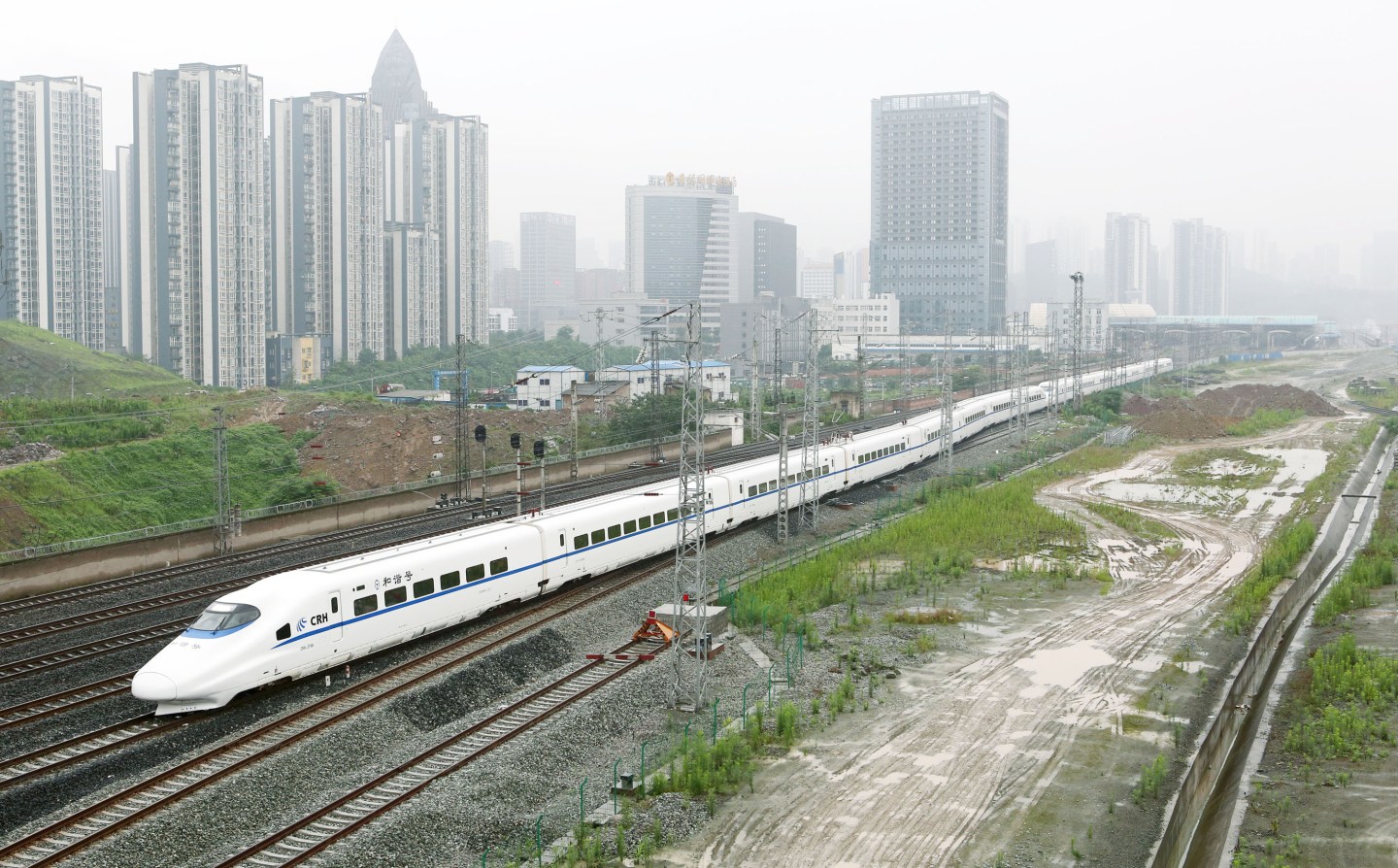 CHONGQING, CHINA - JULY 01: (CHINA OUT) A CRH high-speed train leaves Chongqing North Railway Station on July 1, 2014 in Chongqing, China. China will have established a high-speed railway network covering almost all its cities with a population of more than 500,000 by 2015. According to the plan, China should basically complete the construction of a high-speed railway network with a total operating length of more than 40,000 kilometers by the end of 2015. (Photo by ChinaFotoPress/ChinaFotoPress via Getty Images)
ChinaFotoPress via Getty Images

Mexico has revoked a $3.75 billion high-speed rail contract from a Chinese-led consortium after its uncontested bid prompted an outcry from lawmakers, only days after the contract to build the link was awarded.

The news threatens to sour a state visit to China next week by President Enrique Pena Nieto. Nieto is due to unveil a joint investment fund with China, which has so far invested a tiny fraction in Mexico of the billions of dollars it has spent in Latin America.

Opposition politicians accused the government of rigging the tender in favor of a group led by China Railway Construction Corp Ltd, the sole bidder. Mexico’s communications and transport ministry denied such claims but said late on Thursday it would now hold a fresh tender.

“The president is sensitive to the fact that there should be no doubts about a project this important and of such benefit for society,” the ministry said in its statement.

Since Pena Nieto took office in late 2012, he has tried to forge closer ties with China, after years of manufacturing rivalry between two nations seeking to supply the U.S. market.

Announcing the contract on Monday, Mexico’s government said the 210-km (130-mile) line to connect Mexico City and the central city of Queretaro would cost 50.82 billion pesos ($3.74 billion), including the build cost and five years of operation.

The proposal came with a 20-year, Chinese government-backed credit to cover most of the project’s value, at interest rates below those available even to Mexico’s government.

China’s CSR Corp Limited and China Railway Construction, both involved in the bid, could not immediately be reached for comment by Reuters. Chinese financial news magazine Caixin, however, reported that both companies said they were unaware and surprised when contacted for confirmation.

Mexico’s transport ministry, which has defended the bid process, said it was offering a new auction so more companies could make offers, to “strengthen the absolute clarity, legitimacy and transparency” of the auction.

It did not give a new deadline.

Germany’s Siemens AG (SIEGY) and Canada’s Bombardier Inc. (BDRAF) were among the companies to express an interest in the project, which is meant to move 27,000 passengers daily at speeds of up to 300 km/h (186 mph).

Siemens’ Mexico rail chief told Reuters last month that the company, along with Bombardier and France’s Alstom SA (AOMFF), had asked for more time to prepare a bid, a request he said was denied by the transport ministry.

An Alstom spokeswoman said on Friday the group would consider the tender if it is re-launched, but would need six to eight months to draw up an offer.

“If the conditions set give us enough time to prepare and hand in a competitive offer, then we’re ready to, but we have no idea of where things stand,” the spokeswoman said.

Pena Nieto’s Institutional Revolutionary Party (PRI) was frequently accused of fostering crony capitalism when it ruled Mexico for most of the 20th century. Much economic power is still concentrated in the hands of a few families in Mexico.