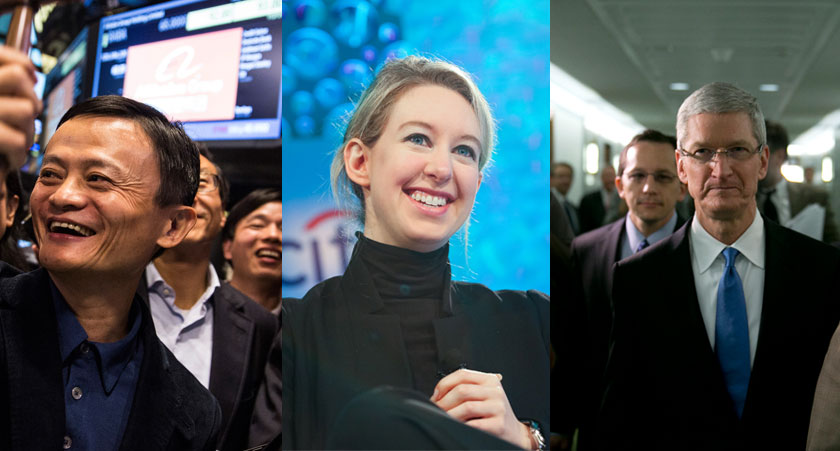 UPDATE: The polls have closed. Congrats to Salesforce.com CEO Marc Benioff, winner of this year’s Businessperson of the Year, reader’s choice — Tech edition and championship round! Thanks for voting.

Every year, Fortune selects its Businessperson of the Year, a performer whose vision and leadership puts them heads and shoulders above the rest. In 2013, we honored Elon Musk for making Tesla the world’s most prominent maker of all-electric cars. The year before, Jeff Bezos earned the title for pushing Amazon to new heights with successful offerings like Amazon Web Services, its popular cloud-computing platform.

Before we reveal this year’s winner on November 13, Fortune would like you, our readers, to pick an MVP from industries like finance, auto, and retail. In today’s installment, Fortune writer JP Mangalindan rounds up Silicon Valley’s top execs. Cast your vote below, and check back in to see who wins top honors for Businessperson of the Year | Tech Edition.

Since Cook became Apple’s CEO three years ago, skeptics wondered: Could Steve Jobs’ right-hand man pick up where he left off? Judging by Apple’s performance this year, the answer is “yes.” Although iPad sales cooled during the company’s fourth quarter, demand was high for Mac computers and the iPhone 6 line, the latter of which sold 10 million units over the first weekend. Apple (AAPL) also unveiled the Apple Watch, a slick-looking smart watch due early next year. And on a more personal front, Cook championed increased attention around diversity, culminating in his coming out as a gay man in October. “I’m proud to be gay, and I consider being gay among the greatest gifts God has given me,” he wrote in an essay for Bloomberg Businessweek.

When Holmes was 19, she dropped out of Stanford to found Theranos, a blood testing company in Palo Alto, Calif. with the potential to revolutionize America’s $73 billion diagnostic lab industry. Blood test results traditionally take days to process, but Theranos gets results in a fraction of the time — and for a fraction of the price — with a device that analyzes the sample and transmits the results to a secure database, making them available online to a physician. Last year, Theranos introduced its services to the public via several Walgreens locations, the first stage in a national rollout by the pharmacy chain and the first step in Holmes’ bold vision of having a Theranos center within five miles of almost every American and within one mile of every city resident.

Worth an estimated $25 billion, Ma is China’s richest person largely thanks to his work at Alibaba, the e-commerce juggernaut he founded 15 years ago from a small apartment in the Chinese city of Hangzhou. Alibaba, which acts as a online retail middleman between buyers and sellers, made $8.5 billion in revenues during its previous fiscal year from over $300 billion worth of goods sold from sites like Taobao and Tmall. In September, Alibaba (BABA) went public with a bang: its $21.8 billion stock market debut rendered it the biggest U.S.-listed IPO ever, ousting Visa’s 2008 offering from the top spot.

In 1999, Benioff saw what many others at the time didn’t: one day, in the not-so-distant future, enterprise software and services wouldn’t be stored on discs or on-site data servers but remotely “in the cloud.” With that in mind, he created Salesforce.com (CRM), a purveyor of cloud-based customer management software, and services that now ranks among the top 10 largest software companies in the world. With a 12% stock price increase this year and robust revenue growth, Salesforce.com doesn’t look to be slowing down any time soon: Benioff wants to double the firm’s annual revenues to $10 billion — a goal analysts predict he will accomplish by 2019.

Thanks to Page, Google is as competitive as ever. Since becoming CEO in 2011, Page has retooled and refined Google by prioritizing mobile, refreshing management, and streamlining its products and services. The results speak for themselves: revenues topped $16 billion last quarter, handily beating Wall Street projections. Page has also been fiscally savvy, growing Google’s cash pile by 95% to almost $62 billion or so — even more resources to funnel into the company’s myriad businesses, from core advertising products to Google X’s futuristic exploits.