Economy grew more strongly than expected over the summer 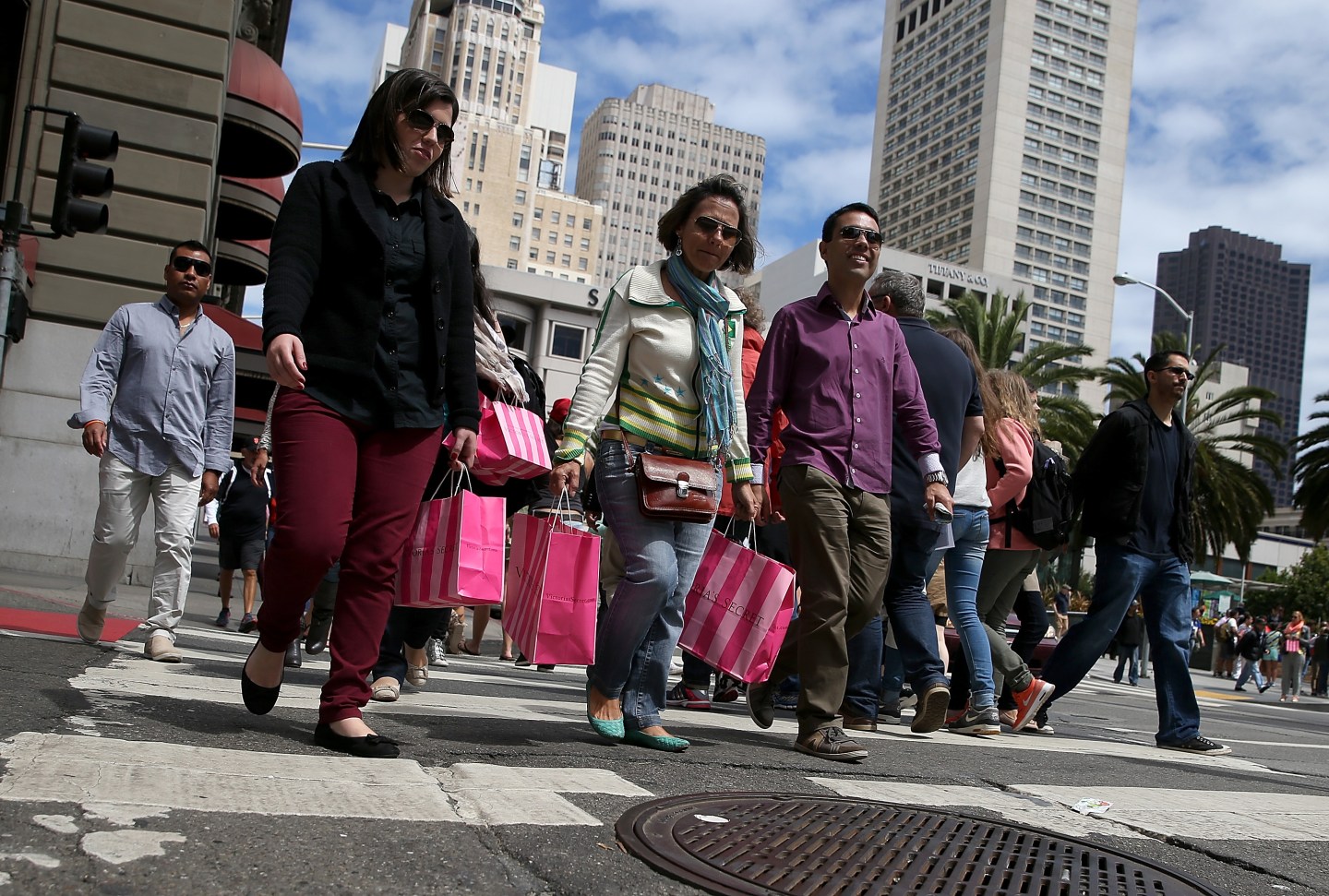 The U.S. posted a better-than-expected jump in growth for the third quarter, the latest indication that the world’s largest economy is performing well even as the global economy faces headwinds.

Real gross domestic product, or the output of goods and services produced by U.S. labor and property, jumped at a seasonally adjusted annual rate of 3.5% in the third quarter. The Commerce Department reported the increase was primarily due to consumer spending, exports, and higher government spending on the federal, state and local levels.

Economists polled by Bloomberg had projected a 3% increase in GDP, which comes after a 4.6% increase in the second quarter that was aided by a rebound in activity after a harsh winter.

“Finally the consensus is coming around that the U.S. has some above-trend growth,” said Bob Baur, chief global economist at Principal Global Investors. Baur estimates that the U.S. economy can reported growth of 3% or more over the next few quarters, driven by stronger consumer spending thanks to low interest rates, falling gas prices and an improving labor market.

The U.S. economy has performed well of late, consistently adding jobs and reporting sturdy sales of both homes and new automobiles. Meanwhile, many are optimistic that lower gas prices at the pump can lead to higher spending from consumers. Consumer confidence readings are at their highest level in seven years, something that will be music to the retail sector’s ears as the nation prepares for the holiday season.

The strong growth picture in the U.S. contrasts with some red flags that have been raised about the global economy. The International Monetary Fund earlier this month cut its outlook for global growth in 2015, citing a deterioration in expectations for the euro area, Brazil, Russia and Jaan. But the IMF raised its growth targets for the U.S. for this year and in 2015.

“Things are pretty good, we might not grow 4% in the fourth quarter and next year, but 3% [growth] is doable, despite global growth fears,” said John Canally, chief economist strategist for LPL Financial.

The Federal Reserve, which this month ended its most recent stimulus program, still struck a somewhat cautious tone about the U.S. economy. The Fed touted solid job gains and a lower unemployment rate, as well as rising household spending and more investment from businesses. But the Fed worries that the housing sector’s recovery remains slow, and inflation continues to run below the Federal Open Market Committee’s longer-term objective.