A risky bet on mobile e-commerce in Asia 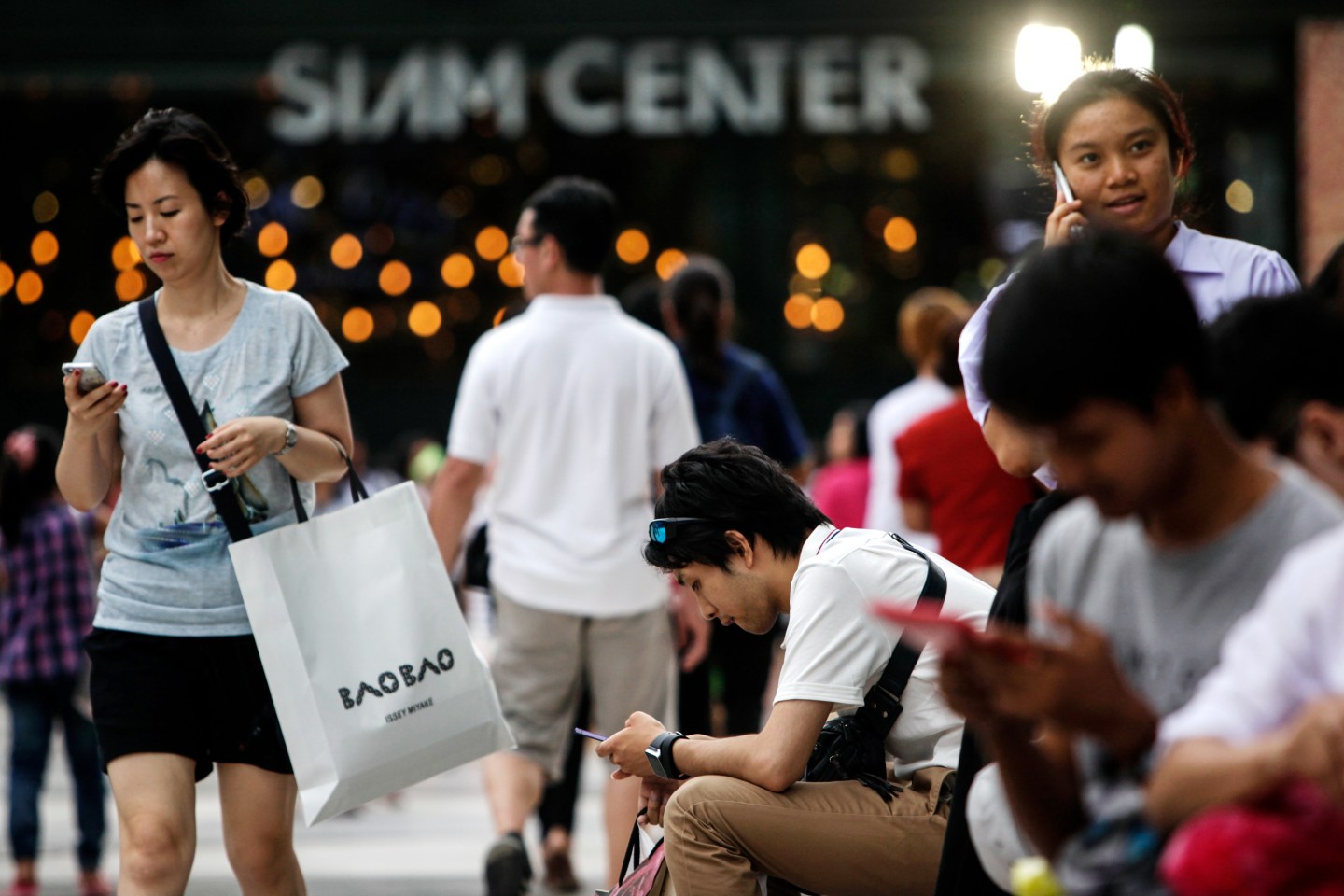 Shoppers use their mobile telephones as they sit in front of the Siam Center shopping mall in Bangkok, Thailand, on Friday, Aug. 15, 2014. Thailands economy expanded in the second quarter as local demand recovered after a military coup ended months of political unrest. Photographer: Dario Pignatelli/Bloomberg via Getty Images
Photograph by Dario Pignatelli — Bloomberg/Getty Images

It has been six months since Rocket Internet, Germany’s biggest incubator for online companies, and Ooredoo, Qatar’s leading carrier, teamed up to shift mobile e-commerce across Asia into high gear—and, with luck, make a ton of money along the way.

Under the joint venture, announced in April and called Asia Internet Holding, Ooredoo will build mobile infrastructure and Rocket Internet will attract smartphone users with some of its most popular applications and e-commerce services. Among them: PricePanda, which compares the prices of products to locate the cheapest buy for customers, and Easy Taxi, one of the world’s most popular apps (32 countries, 162 cities) for connecting taxi drivers and potential passengers.

Together, the companies will also develop and fund e-commerce startups, particularly those that are focused on mobile services and could, down the road, be sold to global players for a substantial markup. The joint venture will initially operate in 15 markets including Pakistan, Myanmar, Thailand, Malaysia, Singapore, Indonesia, Vietnam, Philippines, and Australia.

One problem: Little to nothing has happened since the deal was signed, raising questions about the partnership. (Both companies declined to comment.)

If the scale of this joint venture is oversized, so are the hurdles that need to be cleared. “The challenge is huge in many of these countries,” says Ryan Lai, an analyst for IDC based in Kuala Lumpur. “Online shopping is still relatively new, Internet penetration is still poor and paying online is an issue because credit card penetration is extremely low.”

Then there are the existing competitors. There is well-established Lazada in Indonesia, Philippines, Vietnam and Thailand; Lelong.com in Malaysia; and Qoo10 in Singapore.

Furthermore, the companies will need to play an active role in boosting smartphone use in the region, which ranges from a low of 32 percent in the Philippines to a high of 72 percent in Singapore. (Various estimates put U.S. smartphone use somewhere between 65 percent and 75 percent.)

“Smartphone adoption is still small compared to the overall mobile phone adoption in Asia,” says Clement Teo, an analyst for Forrester Research based in Singapore. “Rocket Internet and Ooredoo need smartphone suppliers that can produce cost-effective smartphones at scale to boost their chances of success.”

It may appear that Rocket Internet and Ooredoo have bitten off more than they can chew. The reality is more complicated. The two operators have a great deal of experience between them in doing business in difficult markets.

Rocket Internet founder Alexander Samwer, a 40ish German entrepreneur with an MBA from Harvard University, has for some time been looking outside saturated European markets for business opportunities with the potential for high returns. Before turning to Asia, he and his brothers established Africa Internet Holding, which has a $410 million portfolio to invest in e-commerce startups across the African continent, in partnership with regional carriers.

Ooredoo, meanwhile, specializes in doing business in the developing world, with operations in Indonesia, Philippines, Tunisia and Algeria. Most recently, it won a license for wireless communications in Myanmar.

“The partnership between Rocket Internet and Ooredoo is not a natural one, as most telcos prefer to go it alone in mobile commerce,” Teo says. “But it makes sense for branding, where each player enjoys a share of recognition depending on where it is dominant. Also, it’s a shared risk as m-commerce is still very nascent.”

Most consumers in Asia use e-commerce platforms for comparison shopping, then go to the physical store to make their purchase. If Rocket Internet and Ooredoo are able to persuade shoppers to buy online through exclusive deals or a broad selection of goods, they have a shot at dominating in the markets where they operate.

Says Lai: “They’ll need to be able to stand out from the crowd.”