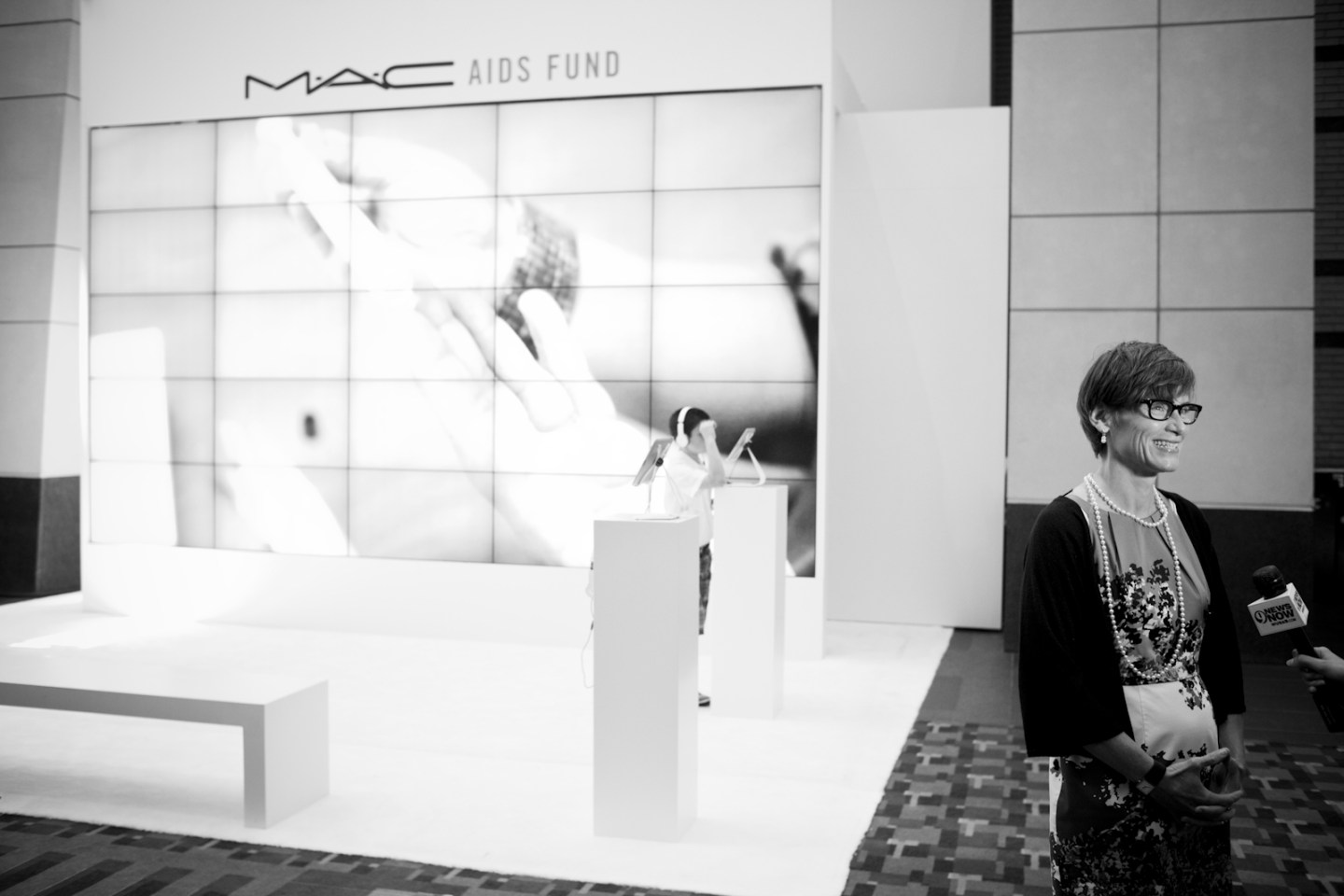 Nancy Mahon is convinced businesses perform better when they care about more than the bottom line. Now, she wants to collect the data to back up her claim.

As the newly appointed senior vice president of global philanthropy and corporate citizenship for The Estée Lauder Companies, Mahon is working to implement a global corporate citizenship strategy across all brands. By donating all proceeds from certain products to causes like AIDS research and breast cancer research, the company has given hundreds of millions of dollars to charity. In the process, Mahon says Estée Lauder has also boosted its bottom line – but she can’t really say with certainty by how much.

“Corporate giving has been late to the game to be recognized as a business driver,” Mahon said in an interview with Fortune. “No matter which data set you look at, people care that companies care about the world. But across the industry we need to better develop data. You can’t manage, what you can’t measure, and I believe that data needs to be across industries.”

Countless studies show that customers feel better about what they buy when they know a company treats its employees well and is active in the community. As the income gap between the haves and the have-nots grows globally, Mahon says there is a need to share the wealth. Offering socially responsible shopping is one for businesses to do so. Yet beyond mostly ambiguous research, companies know very little about the most effective strategies to get shoppers to donate more to global causes.

Cosmetic companies like Estée Lauder have countless options when they decide to incorporate corporate giving into their sales model. Within the MAC brand, for example, 100% of sales from the brand’s “VIVA GLAM” line of lipsticks goes to organizations around the world working to help men, women and children impacted by HIV/AIDS, leading to $340 million in donations since 1994. The campaign made the company the top corporate giver in the arena. At AVEDA, Estée Lauder has raised $38 million for clean drinking water in rural communities since 1999 by donating just a portion of sales from certain products during Earth Month.

Yet when Mahon looks to refine these philanthropic campaigns across brands, she is limited in where she can turn to for more information. She can see if sales of other products went up after the campaign started, and she can also see any increase in customer loyalty. But she can’t tell if selling a charity item seasonally raises more money that selling it year round, and she doesn’t know how product placement within stores fuels giving and lifts sales. If companies across industries worked together, Mahon says she could learn what models of giving work the best, which could help take Estée Lauder’s corporate philanthropy and those of other companies to the next level.

“From a business perspective, we want to better understand how these cause initiatives better feed the business,” she said. “If there is a choice between buying a product that does good and just buying a product for themselves, customers are more likely choose to do good.”

Collecting more refined data on how philanthropic initiatives fuel the bottom line would also give Mahon more bargaining power internally when she is trying to push through a new charity campaign. While executives who would like to use a certain amount of capital to open a new store can point very clearly to how the investment will grow the business, Mahon’s pitch is more fuzzy. That’s where Estée Lauder’s “real commitment” to giving helps her cause, but Mahon says better data would help her build her case.

“If you don’t stand for anything than you’ll fall for everything, and the same is true for companies,” she said. “We see these companies with just these paste-on good works programs and they just don’t resonate with the employees or the customers. What we are trying to do is build a genuine program and do it as big and good as we can.”

For obvious reasons, Estée Lauder’s direct competitors may shy away from opening their books to let Mahon collect the data she needs about how their sales translate into philanthropy. Yet the former senior program executive with the George Soros’ foundation doesn’t view the project as anything that could hurt Estée Lauder or their competition. Instead, the data could fuel the industry’s bottom line while donating more money to philanthropy in the process.

“When it comes to building our relationship with other companies, it is important to say that we come in peace and that we just want to work together to do more good,” said Mahon. “I have a good track record of doing that.”