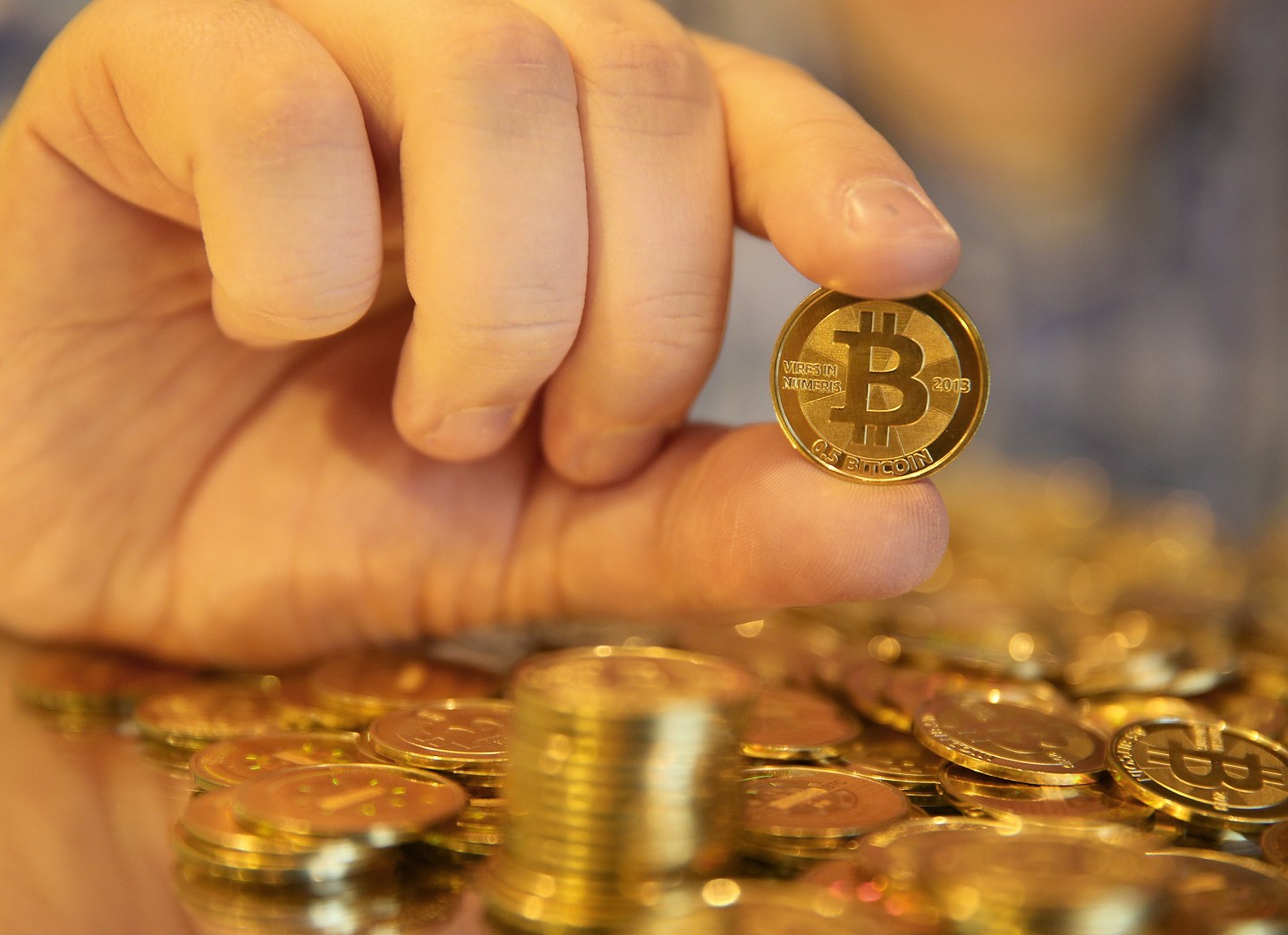 Jeffrey Robinson has made a name for himself investigating fraud on the grandest scales.

His books on international money laundering and the pharmaceutical industry pulled back the curtain on the nefarious behavior of some in the banking and pharmaceuticals industries. Now, he is turning his attention to bitcoin, with a new polemic called Bit Con: The Naked Truth About Bitcoin.

Of course, unlike the schemes of felonious bankers, bitcoin—the technology and the currency—wasn’t conceived as a malicious scam. But Robinson is convinced that when all is said and done, it will become the vehicle for hucksters to trick both innocents and bitcoin’s ideological backers out of millions.

Fortune spoke with Robinson about the year he spent researching bitcoin and why he thinks the currency will ultimately dissolve into worthlessness. The interview has been edited for length and clarity.

Fortune: What drew your interest to bitcoin?

Robinson: About two years ago, given the books I’ve written about money laundering, people kept telling me that bitcoin was the next big thing in money laundering. So I thought I really should find out about it, and I looked at everything that was being said, and none of it added up. Actually, it’s not good for money laundering to start, but it’s also not what it claims to be in other ways. It’s not a real currency and it’s not a real commodity. When you heard the hype coming from the community, and … that people were spending money on this stuff, they needed to know the truth.

Your career has been spent writing about various frauds and cons. If bitcoin is a con, who is the con man?

It’s a con in that it’s not a real currency, but let me back up. There are actually two bitcoins. There’s the blockchain-technology bitcoin, which I think is fantastic, and the future, and all sorts of businesses are investing tens or hundreds of millions of dollars in Silicon Valley and around the world to build businesses on the back of the blockchain technology because it’s so wonderful and can move assets frictionlessly. But then there is this aspect of the pretend currency and the pretend commodity. Part of the con is in the pretend commodity, because this is a completely shallow, liquidless market. When you know that there’s, what, 13 million coins in circulation, and more than 50% of the them are owned and managed by about 950 people, you realize how shallow the market it is and how subject the market is to manipulation.

It’s essentially a pump and dump scam. And then I see these snake oil salesmen like the Winklevoss twins get on TV and tell people that bitcoin is going to be worth $40,000 per coin. And nobody is challenging them, asking, “What are you smoking?” Bitcoin isn’t an investment, it’s a slot machine. Or, more accurately, a loaded roulette wheel.

But it’s not a classic pump and dump because there is a base of ideological support for bitcoin. At the very least, there is a motivated group of people who want bitcoin to succeed, and aren’t just speculating.

Right, there is the libertarian faction that drives the support for bitcoin. For example, Jon Matonis of the Bitcoin Foundation has suggested that bitcoin is signaling the start of a post-legal-tender era. Where? In what country? It’s not accepted as legal currency anywhere on the planet. There’s not a legitimate economist of any note on the planet that thinks it’s a real currency. The anarchist, libertarian wing of the bitcoin party tend to believe in Austrian economics, but the three most prominent descendants of [Austrian economists Ludwig von] Mises and [Friedrich] Hayek, say it’s not currency. So while the most enthusiastic supporters of bitcoin say Austrian economics matters, actual Austrian economists say that bitcoin doesn’t matter.

Furthermore, these people are very attached to the concept of decentralization as a matter of ideology. But I would guess if you walk down the street and ask 100 people if they care about decentralization, they’d say, “What are you talking about?” The ideologues say it should matter, that you don’t want the government or corporations in the middle. But what evidence is there that anybody besides a small, small group of people care about this kind of stuff?

Do you think someone like Marc Andreessen, who has been a vocal public advocate for bitcoin, is acting in bad faith?

I think Andreessen is not terribly interested in the currency. He has no interest at all in the delusional wing. He says that he’s interested in practical solutions to real problems.

But it’s not as if Andreessen is taking your position, which is that bitcoin is a terrible currency but an interesting technology.

People believe you cannot separate the two. Of course you can. There are businesses that are trying to use blockchain technology to create smart contracts, the idea of putting copyrights on the blockchain: suddenly there’s an irrefutable copyright worldwide. And with the speed of technology, we really should be expecting not that bitcoin will solve our problems, but that bitcoin is a stepping stone to something better. If you talk to people in Silicon Valley, that’s how they think, that this is all just a process. The blockchain will develop, but bitcoin as a currency is just a step along the way.

What will be the end game for bitcoin?

Businesses will continue to experiment with the blockchain, proving that that innovation is separable from the bitcoin the currency. At the same time, there’s all these people out there who bought into bitcoin as a tinker toy, thinking they might make some money on it. Maybe they bought $100 when it was worth $10 bucks a coin, and now they’re sitting on $4,000. Many of them will treat themselves to a vacation or a new computer with their bitcoins, and they don’t buy back in. There’s no evidence that people who spend down their wallets buy back in. Little by little it will just atrophy, because nobody is really using it. The big kids will get out, and the little guy sitting on one, two, or, sadly, many more bitcoins will lose it all.