How Yahoo plans to make Tumblr into a video giant 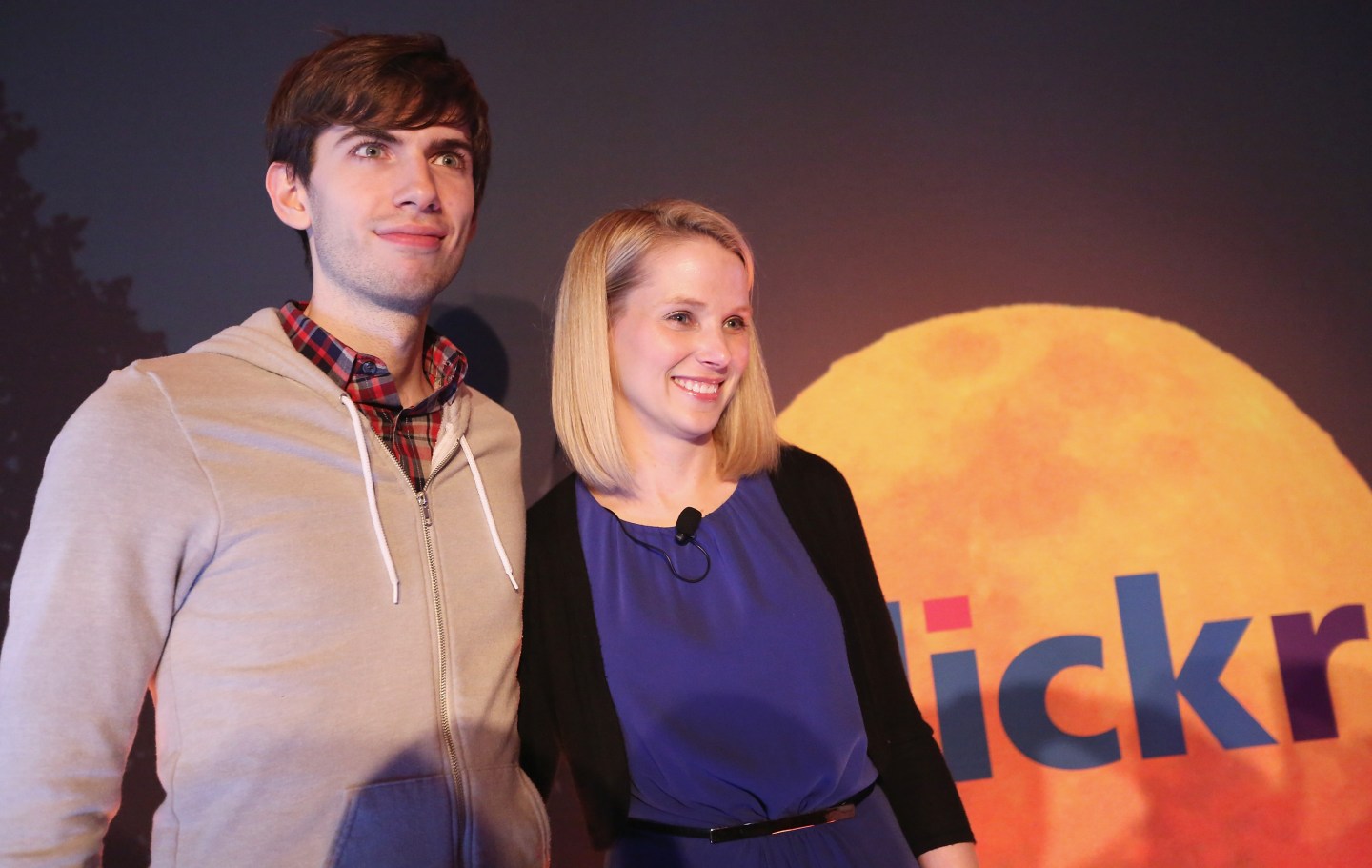 Marissa Mayer has been been playing defense for two years. As CEO of Yahoo, she has weathered critical attacks on her sleep habits, telecommuting policies, Vogue photo shoots, and most recently, her acquisitions. Yahoo (YHOO) has acquired approximately three dozen companies under Mayer’s watch, and activist investor Starboard Value posits the company has little to show for them, particularly the largest, her $1.1 billion deal for Tumblr.

This week, Mayer addressed those concerns on Yahoo’s unusually interesting earnings call. Unlike most of Yahoo’s consumer web products, Tumblr is culturally relevant with young people and growing, with 428 million users, a 40% increase over last year. But more importantly to shareholders, Tumblr, which had just $13 million in revenue in 2012 (it was acquired in 2013), is now on track to earn $100 million in ad revenue next year, Mayer said.

“I hope we blow past that,” Tumblr founder David Karp told Fortune in an interview.

More interesting than Tumblr’s surge in revenue and users, though, is what Mayer has planned for the social media site: She wants to make it into a YouTube competitor.

In theory the move makes sense, since Mayer has been eager for a strong video play since taking the job. Yahoo tried to acquire a stake in Dailymotion, a France-based video network, but the deal was blocked by the French government. Yahoo then bid for the popular streaming content service Hulu, but that deal fell through as well. Most recently Yahoo tried to buy Twitch, the gaming video network, which sold to Amazon (AMZN) for $1.1 billion. Earlier this week, TechCrunch reported that Yahoo was in talks to acquire Brightroll, a video ad network, for $700 million.

Media companies all over see video as the key to finally making real money on the Web. Even though Americans spend more time online than they do watching television, TV is still winning more ad dollars. Television brought in $74.5 billion in ad revenue last year, but digital ads made just $42.8 billion, most of which came from search. Video may change that, though. Google’s YouTube (GOOG) brought in $5.6 billion in revenue last year, according to eMarketer. Sight, sound, and motion is a more compelling pitch to brands and viewers than a flat banner ad, which gets clicked on almost exclusively by accident, a mere 0.01% of the time.

Still, the practical aspects of turning Tumblr into a video behemoth sound more than a little challenging. Tumblr is a blogging platform. Users scroll through an endless stream of photo and animated gif-heavy posts from the Tumblr accounts they follow. The video activity on Tumblr has historically come from embeds from YouTube and Vimeo, rather than videos that are uploaded directly to Tumblr.

Today that changes as Tumblr unveils a revamped video player. The update includes the auto-playing of videos, looping of video, support for Instagram and Vine videos, and faster buffering. Most creatively, it allows users to “pop out” the video player so they can watch as they continue to scroll through their feeds. It mimics the way many young people actively consume social media or instant messaging while passively watching TV. But in this case, Tumblr keeps its “second screen” experience on Tumblr.

“We’ve known for awhile one of the biggest opportunities to innovate is in video,” Karp says. Video posts are now growing twice as fast as photo posts on Tumblr. Karp believes this is a result of better video cameras in our phones, powerful video editing apps, and the lack of bandwidth constraints for consuming video. “It feels like the tech around video is just in an amazing spot right now,” he said. Indeed, even before this upgrade, Tumblr’s native video player, where users upload videos directly, had become more popular than YouTube on Tumblr.

Before this summer, Facebook, like Tumblr, had little in the way of direct video uploads. Then the ALS Ice Bucket challenge happened. Now one billion videos are viewed each day on Facebook. (The Ice Bucket Challenge contributed 10 billion views.)

Seeing Facebook’s success may have inspired Marissa Mayer to look internally for a video play, rather than hunt for acquisitions. Today’s product news, combined with the pressure to monetize Tumblr and justify the acquisition, paints a clearer picture of how Tumblr, future video behemoth, will look.

All of Tumblr’s ads are “native,” meaning brands can post things on Tumblr and pay to promote them in the regular content stream. This avoids the issue of banner ads on mobile, which are too tiny to be effective. Karp says the company is already selling native video ads and likely won’t introduce pre-roll ads like the ones on YouTube.

Karp, who has not always been keen on the idea of advertisers on his platform, has recognized the need to play nice with brands. “Our promise to advertisers is they get to use the full range of creative tools on Tumblr to tell their story, and they’re doing it,” he says.