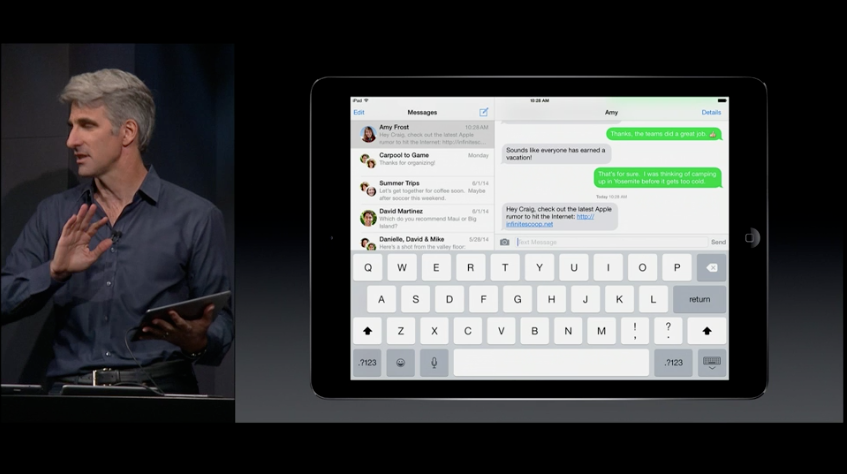 OS X Yosemite, available in beta since July, offers among other new features an updated design, a Notification Center that links to third party content, a powerful Spotlight search, and improved Safari functions including a new tab view and sharing functions on third party websites.

Apple emphasized that Yosemite will also work in conjunction with iOS 8, Apple’s latest operating system for mobile devices. Yosemite will use iCloud to provide a seamless cross-device experience, an initiative Apple calls Continuity.

While Apple already uses iCloud to sync the Calendar and Notes apps across devices, users will now have additional features with the Handoff feature. Users will be able to work on presentations or documents on one device, then pick up where they left off on another device. Additionally, SMS text messages—not just iMessages—will appear across Macs, iPads and iPhones. With OS X Yosemite, Macs will also be able to serve as a speakerphone for telephone calls.
[fortune-brightcove videoid=3843246234001]

And Apple Watch isn’t left out of the Continuity project either. Craig Federighi, Apple’s SVP of software engineering, showed how the Apple Watch can be used as a remote to control presentations on a Mac.