The most lucrative seven-figure MBA degrees 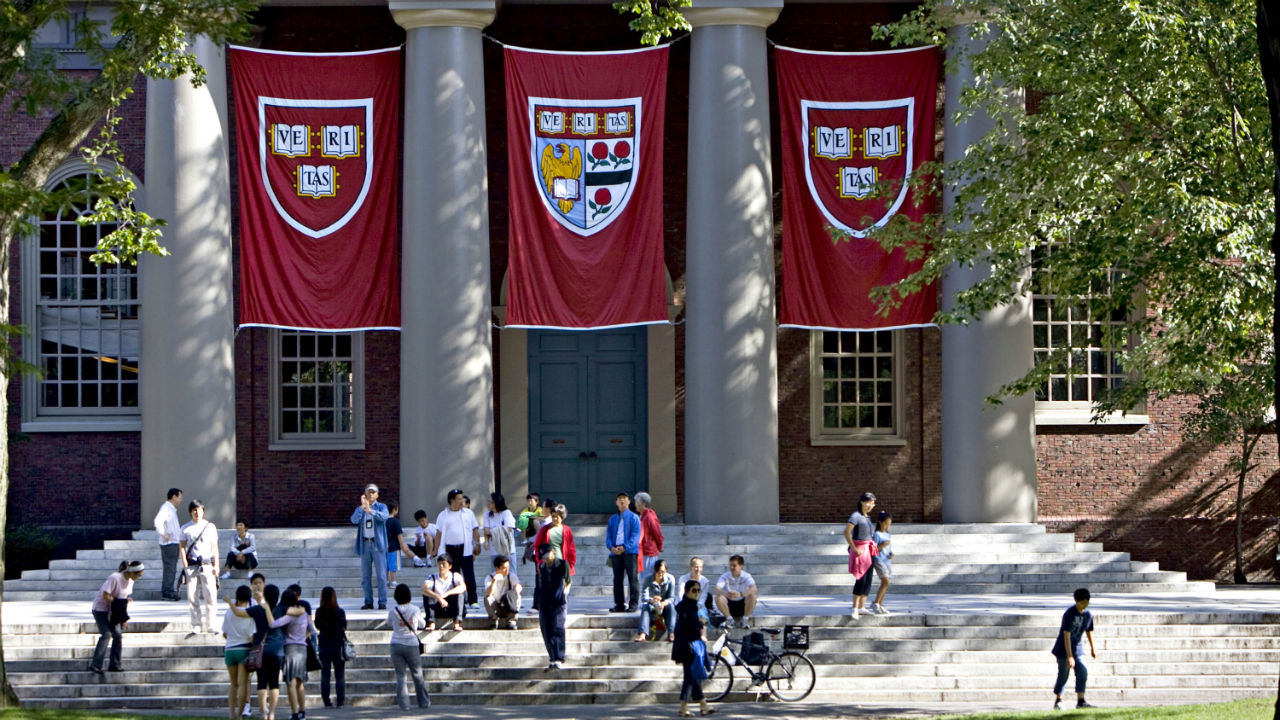 (Poets&Quants) — What’s an MBA degree really worth? And how much more money does an MBA from Harvard, Stanford, or Wharton get you over a career than one from Texas A&M, Ohio State, or the University of Iowa?

Those are questions that perplex and confound many who are deciding whether to get the degree and, if so, where to get it from. Not everyone can get into the most highly selective business schools. So many candidates have to face the question over whether it’s worth getting the MBA from a second- or even third-tier school.

A new analysis done exclusively for Poets&Quants by PayScale, which collects salary data from individuals through online pay comparison tools, shows that the MBA–even from schools that lack global or national caché, delivers hefty seven-figure income over a 20-year period. PayScale used its database of MBA graduates at the top 50 U.S. schools to calculate an estimate of median pay and bonus over the entire 20-year span.

The numbers are conservative. They do not include stock-based compensation of any kind, the cash value of retirements benefits, or other non-cash benefits, such as health care. The estimates are for base salary, cash bonuses and profit sharing in today’s dollars over a 20-year period from from 1994 to 2014. They are not a projection of future earnings. But the estimates show that the MBA degree–despite all the second-guessing over its value since the Great Recession–is one of the surest paths to a lucrative career.

For the most part, the results are what you would expect: The highly ranked, big brand schools tend to deliver the highest earnings over a 20-year period. Harvard Business School’s MBAs come out on top, with median income of $3,233,000. Stanford MBA holders are next with $3,011,000, and Wharton comes in third with $2,989,000. Harvard MBAs, in fact, earned nearly twice as much as MBAs from Texas A&M’s Mays Business School, who pull in $1,781,820 over 20 years.

“It is not surprising that where you get your MBA has a strong association with your income potential,” says Robert Bruner, dean of the University of Virginia’s Darden School. “There is a winners-take-all, self-reinforcing cycle in higher education: certain schools attract excellent student talent, which in turn attracts intense recruiter activity and high-salary offers. The employment results make it easier for those schools to attract excellent student talent…and the cycle continues.”

Still, the analysis yielded several surprises, including schools that clearly punched above their weight class, or ranking. MBAs from Boston University, for example, earned enough money–$2,329,000–to put them at No. 19 on the list, even though BU’s full-time MBA program is ranked 40th by Poets&Quants.

Even more surprising, perhaps, MBAs from UC-Irvine’s Merage Business School are estimated to rack up $2,319,932 over the 20 years, a sum that puts Merage alums at No. 21 on the list, though the school’s MBA program is ranked at 47. Other schools with better-than-expected numbers include UC-Berkeley’s Haas School and the University of Virginia’s Darden School of Business. Haas alums were fourth on the list, with median 20-year pay of $2,858,000, while Darden MBAs came in at $2,705,000, placing the school’s alumni seventh.

Of course, one of the long-standing selling points of leading business schools is the unrivaled access they provide to lucrative, highly selective careers. Students have long gone to business school to gain entry to high-paying jobs in consulting, investment banking, private equity, venture capital, and hedge funds. So it is hardly surprising that the MBA has been the ticket to some of the best money-making careers in business.

“The return on investment for the best full-time programs is very high and I predict that trend continuing for the foreseeable future,” says Paul Danos, dean of Dartmouth College’s Tuck School of Business. “Often when people talk about the value of the MBA they fail to recognize that there are many different types of MBA programs. While two-year full-time programs such as Tuck, Harvard, Stanford, Wharton, etc., require a significant investment in time and money, that investment pays off in both career options and compensation. The top programs are able to recruit the best qualified students, provide a truly excellent educational experience, and therefore attract top recruiters who recognize the value of that experience.”

The PayScale numbers certainly confirm that belief. At Harvard Business School, for example, the average age of an MBA at graduation is 29 years old. So calculating the 20-year payout for that person brings you to only 49–with at least 16 more years to go given a retirement age of 65. So it would not be unusual for a Harvard MBA to earn another $3.2 million during those years to bring total lifetime earnings after the MBA to something approaching $6.5 million. This is, moreover, a highly conservative number because it fails to include stock compensation which can very well equal or exceed salary and bonus.

The big question, of course, is how much more a B-school grad makes over the course of a career because he or she graduated with an MBA from a top school? Bruner, for one, has no doubt about the degree’s career benefits. “Based on the evidence we see, the value of the MBA degree remains robust,” he says. “Employment rates for Darden graduates are high [94% for the class of 2014] and the average starting salary is up 12% since 2010, well ahead of inflation.”

The Census Bureau calculated that over an adult’s working life, high school graduates can expect, on average, to earn $1.2 million; those with a bachelor’s degree, $2.1 million; and people with a master’s degree, $2.5 million. Persons with doctoral degrees earn an average of $3.4 million during their working life, while those with professional degrees–mainly doctors and attorneys–do best at $4.4 million. What the Payscale research shows is that getting a highly ranked MBA can leave even the docs and lawyers in the dust. In fact, an MBA from at least 28 business schools–from Harvard to the University of Georgia’s Terry College of Business–will earn a person more than the average medical or law school graduate.

Industry choice and geography obviously plays a huge role in how much a person can make. An MBA who marches onto Wall Street and builds a Master of the Universe career will make a lot more money than the graduate who joins the leadership development program at P&G or 3M and rises to a senior leadership role. Business schools that pour MBAs into jobs in New York, Boston, Washington, Los Angeles and Silicon Valley also are likely to do much better than the schools whose MBAs settle in the midwest or south.

But those factors govern the annual pay and salary numbers published by career development centers at every business school, too. As Kenneth Freeman, dean of Boston University’s School of Management, explains, “Rankings include starting salary among the metrics and many MBAs from higher ranked schools go into the higher paying finance and technology fields, with fewer taking lower paying roles in non-profits for example. Cost of living differences will impact and should benefit urban schools at least slightly, and the mix of international and domestic students likely also has an impact.”

Even accounting for those differences from school to school, Tuck’s Danos believes there are few, if any, other degrees with a better return-on-investment. “I know of no other educational experience that can match the total value proposition of a 2-year full time MBA,” he maintains. “It is a transformative experience that enables an engineer to become a financier, a high school teacher to become a marketing executive, or an auditor to become a mergers and acquisition specialist for a top corporation. And the options available to graduates keep expanding globally and the monetary return remains strong. Our 2014 graduates have done exceptionally well in the marketplace, with 98% of them having job offers three months after graduation.”