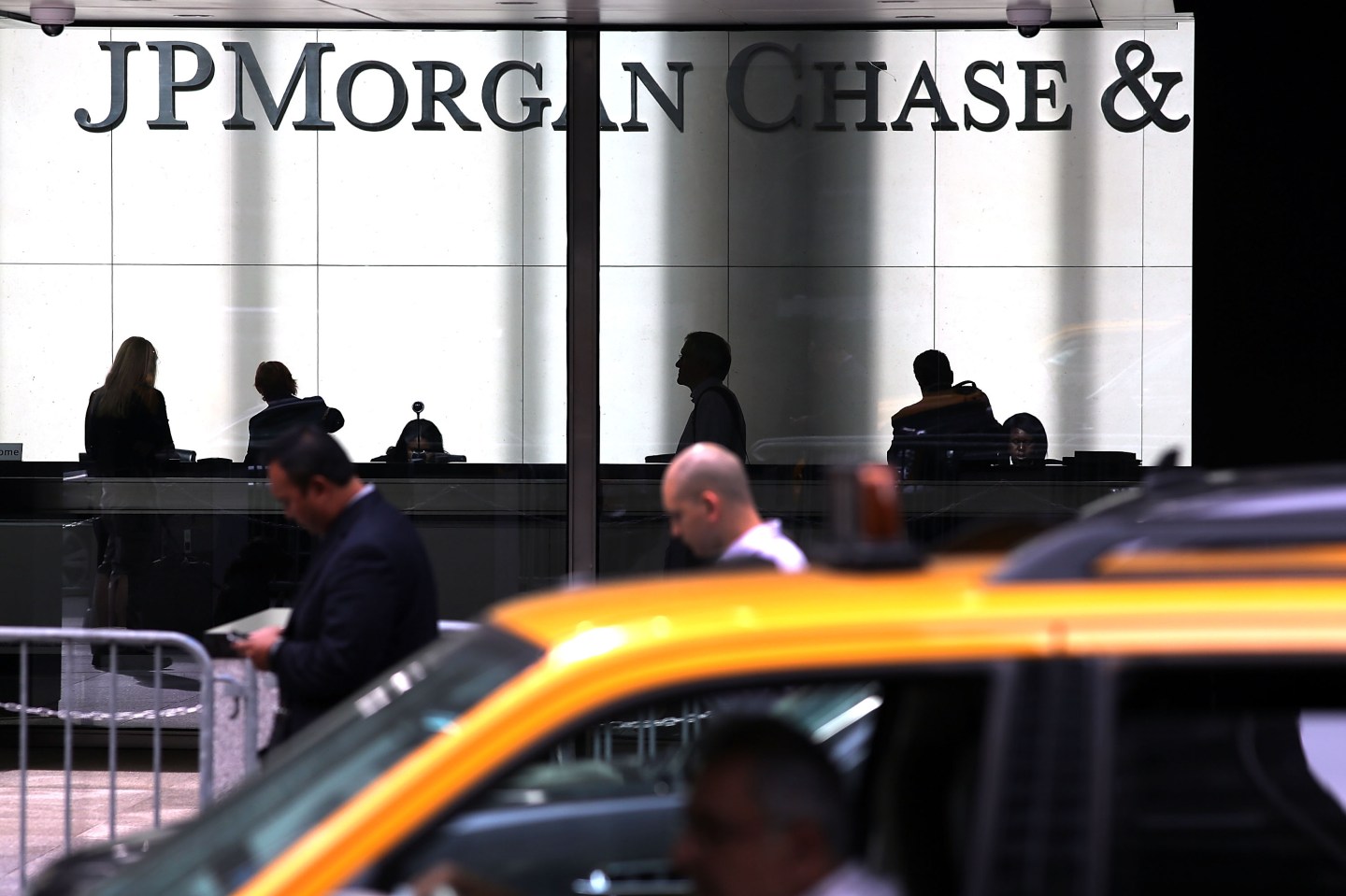 NEW YORK, NY - OCTOBER 02: People pass a sign for JPMorgan Chase & Co. at it's headquarters in Manhattan on October 2, 2012 in New York City. New York Attorney General Eric Schneiderman has filed a civil lawsuit against JPMorgan Chase alleging widespread fraud in the way that mortgages were packaged and sold to investors in the days that lead-up to the financial crisis. The allegations, which were filed in New York State Supreme Court, concern business that transpired during 2006 and 2007 at a now-defunct Bear Stearns, the failed Wall Street firm which was purchased in 2008 by JPMorgan Chase. (Photo by Spencer Platt/Getty Images)
Photo by Spencer Platt—Getty Images

JPMorgan Chase & Co. CEO Jamie Dimon might have been surprised when he woke up Tuesday morning to find his bank’s earnings results already swimming across media feeds long before the scheduled 7 a.m. ET release time.

The early leak was the result of a mistake by third-party website Shareholder.com, the investor relations company owned by Nasdaq. The site accidentally made JPMorgan’s (JPM) third-quarter earnings public at 3:36 a.m. ET Tuesday.

“The root cause was a human error internally at Shareholder.com,” Nasdaq said in a statement. “The issue was contained only to JPMorgan Chase and did not impact any other Shareholder.com clients.”

This isn’t the first time news about a major corporation has been leaked by a third party (or even the company itself because of its own internal mishaps). Here are five of the top news-release snafus of recent years.

Gap (GPS) unveiled its February same-store sales results hours earlier than expected last March. Shares of the retailer were halted, and a spokesperson blamed the mistake on a third-party vendor as well as a change in timing for such releases. Gap had previously reported sales numbers before market opened. After the snafu, it moved its reporting time to after the closing bell.

News of the office suppliers merger hit news wires earlier than intended in February last year. Thomson Reuters took responsibility for the mis-posting, which followed delayed negotiations that were expected to wrap up the previous evening.

Google's (GOOG) quarterly earnings came out three-and-a-half hours early in October 2012 after an employee sent a draft press release in error to the U.S. Securities and Exchange Commission for distribution. The Internet powerhouse halted trading of its shares for two-and-a-half hours. R.R. Donnelley & Sons (RRD) ended up shouldering responsibility for the mistake.

MetLife (MET) accidentally leaked its own earnings report when it included its first-quarter results in a separate filing with the SEC. The company's net loss was revealed two weeks prior to its scheduled announcement in early May 2012. MetLife took responsibility for the mistake.

France's third-largest bank ended up posting its quarterly results a night early after Credit Agricole posted a slideshow for investors on its site, which was meant to run alongside the earnings release. Credit Agricole blamed a "technical error" for the mistake, which may have given traders advance insight into the banks positive earnings.