Exclusive: Garnett and Theis team up to back tech carve-outs 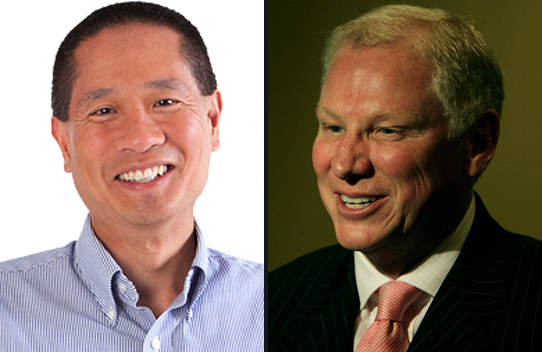 Terry Garnett and Rob Theis are raising upwards of $500 million to back a small number of carve-outs from large technology companies, Fortune has learned. The pair also plans to invest in growth equity rounds for later-stage, private tech companies.

For Garnett, this is an old strategy with a new partner. Ten years ago, he left Venrock and raised $350 million for a tech carve-out fund alongside David Helfrich (ex-ComVentures). Early returns for the firm, called Garnett Helfrich Capital, were so lousy that a second fundraise was put on indefinite hold and all of the investment staff quit other than Garnett and Helfich. Since then, however, the portfolio has made a remarkable turnaround. According to public data from CalPERS, the fund featured an internal rate of return (IRR) of 23.2% and an investment multiple of 3.9x through the end of Q1 2014. Successful deals include Wyse Technology (sold to Dell) and Blade Network Technologies (sold to IBM).

We started hearing rumors last year that Garnett planned to capitalize on this revived track record, but now he formally is in market. The big change is that Helfrich is out, and Rob Theis is in (fittingly, the firm has been renamed Garnett Theis Capital). Theis has spent the past six years as a partner with Scale Venture Partners, where his deals included HubSpot (HUBS), RingCentral (RNG) , BrightRoll, PeopleMatter, SailThru and Scale Computing. Before that, he spent eight years as a general partner with venture firm DCM.

Garnett and Theis first worked together in the late 1990’s, when Theis was an executive at NEON, a company that Garnett had backed via Venrock. Once Theis was with DCM, they invested a combined $2 million to help carve certain messaging and data storage assets from Network Associates, and later sold the resulting company (PGP) to Symanetec (SYMC) for $350 million.

The new fundraising is targeting between $450 million and $500 million, with plans to back between five or six tech carve-outs from $5 billion-plus tech companies. Targets would require between $50 million and $75 million in equity capital, have installed customer bases and the potential for 3x or 4x revenue growth over the next five years. The fund also would write a handful of $20 million to $30 million checks for growth equity opportunities.

Sign up for our newsletter on deals and deal-makers at GetTermSheet.com