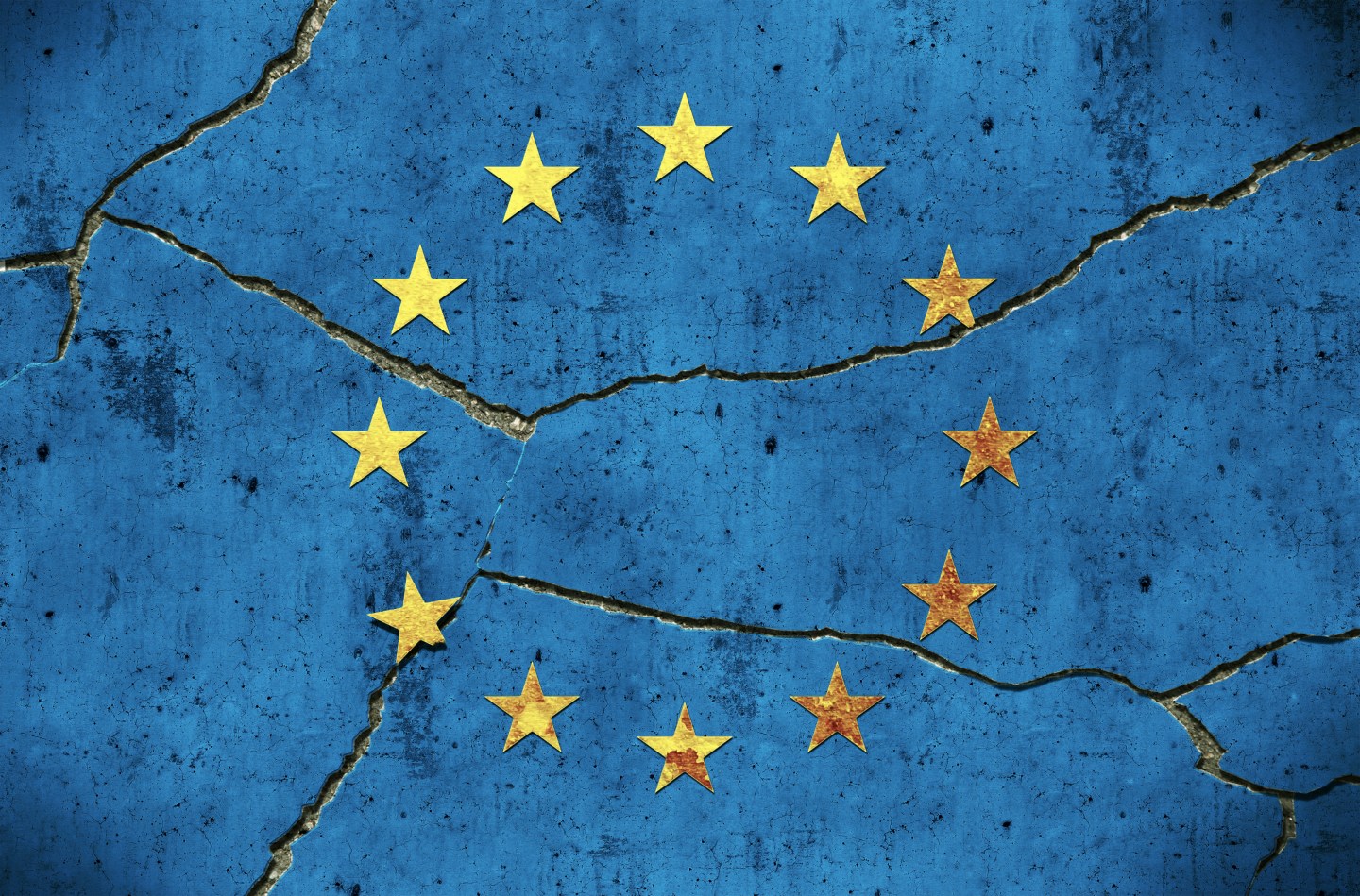 It never rains but it pours.

The bad news flew in thick and fast from Europe’s bean-counters Tuesday, driving stocks and bond yields to new lows and piling pressure on governments and central banks to do more to prop up their faltering economies.

The mood was further soured as Germany, which has been the Eurozone’s only real source of growth for the last five years, revised down its growth forecast for this year and next to a mere 1.3% and 1.2% in 2015, respectively. It had previously expected figures of 1.9% and 2.0%. That’s in line with a report last week by five leading research institutes, who warned the government of Chancellor Angela Merkel that it needed to do more to stimulate the economy. The government has so far said it doesn’t plan any major stimulus measures, but Economy Minister Siegmar Gabriel acknowledged in a statement that “Germany has to invest a lot more in its infrastructure,” especially its electricity grids and its broadband networks.

Earlier, the ZEW index, a closely-watched survey of expectations for the German economy, fell to its lowest level in two years, when European Central Bank President Mario Draghi’s promise to do “whatever it takes” to save the euro rescued the area from its last near-death experience.

Under the influence of Germany, the Eurozone’s industrial output fell 1.8% in August and was down 1.9% from a year earlier, according to Eurostat.

More and more, the Eurozone’s slowdown is prompting comparisons with Japan’s “lost decade”, with the debt-laded economy refusing to recover despite ultra-low interest rates and still-wide budget deficits everywhere except Germany.

Anatoly Annenkov, senior European economist with Societe Generale in London, says the Eurozone “isn’t in a Japanese scenario yet” but says the economy will remain “extremely vulnerable to shocks” as long as inflation is so low and growth so weak.

Elsewhere, the news was equally grim, as the slowdown on the continent finally caught up with the U.K., which has been the region’s bright spot this year. Inflation fell at both the factory gate and the high street, causing many investors to push their expectations for a hike in interest rates from the Bank of England to the middle of next year at the earliest. The BoE had been widely expected to be the first major central bank to raise interest rates since the ECB’s ill-fated moves in 2011.

The news on the price front followed evidence that the U.K.’s housing boom is also cooling after new measures were introduced to crimp high-risk mortgage lending in the spring. Construction output fell by 3.9% in August and was down by 0.3% from a year earlier, the Office for National Statistics said last Friday.

The euro and the pound both fell some 0.8% against the dollar after the news, while Europe’s stock markets had another comprehensive sense of humor failure, with the UK FTSE 100 dropping 0.7%, Germany’s DAX 1.0% and Italy’s FTSE MIB 1.5% as market participants fled for the safety of bonds. The yield on Germany’s 10-year bond fell to 0.81%, its lowest ever, while the U.K.’s fell to 2.11%. The price of gold, another safe haven, also rose to its highest in over a month.

Note: this story has been updated to incorporate the German government’s new economic forecasts.