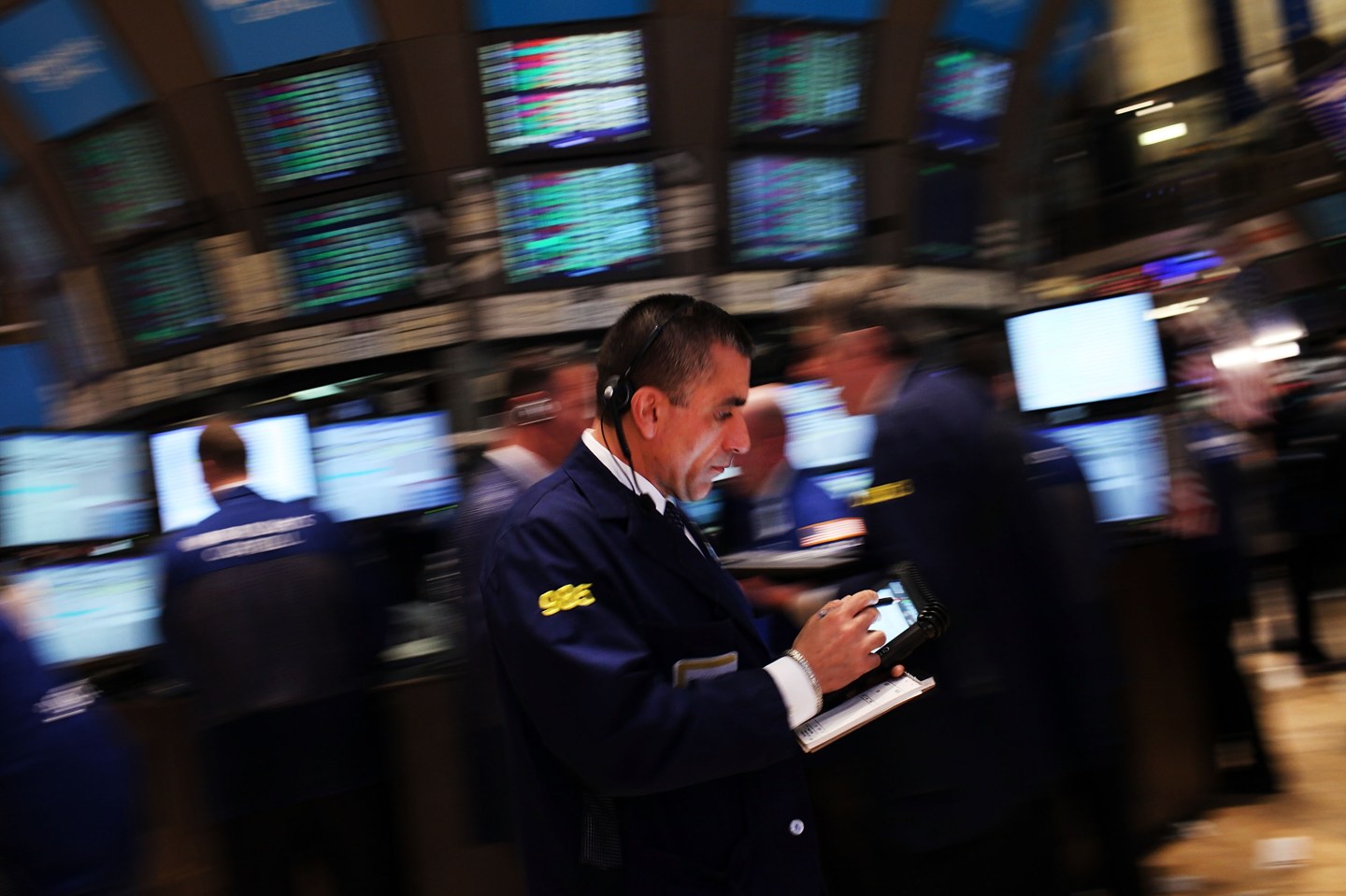 The Dow Jones Industrial Average lost 223 points, or 1.35%, to close at 16,321, its lowest finish in five months. This was its fourth day out the last five during which the index fell in the triple digits.

Stocks down for the Dow Monday included Microsoft, which fell .7% (MSFT), Disney (DIS), which dropped 2.7% and General Electric (GE), which lost 1.3%.

Investors are skittish about the global economy, particularly in Europe and China. There was no big news on Monday, but rather a general fear about the overall direction without any positive news to send stocks higher.

The losses are partially being attributed to a lack of investor confidence in prelude a number of big earnings reports due in the coming days including Google (GOOG), Netflix (NFLX) and J.P. Morgan (JPM). Energy stocks also faced heavy declines for the day.

The bond market, meanwhile, was closed Monday because of Columbus Day celebrations in the U.S.

In stock news of the day, Fiat Chrysler opened trading on the New York Stock Exchange on Monday under the symbol FCA. Shares opened at $8.98, finishing the day at $8.95.