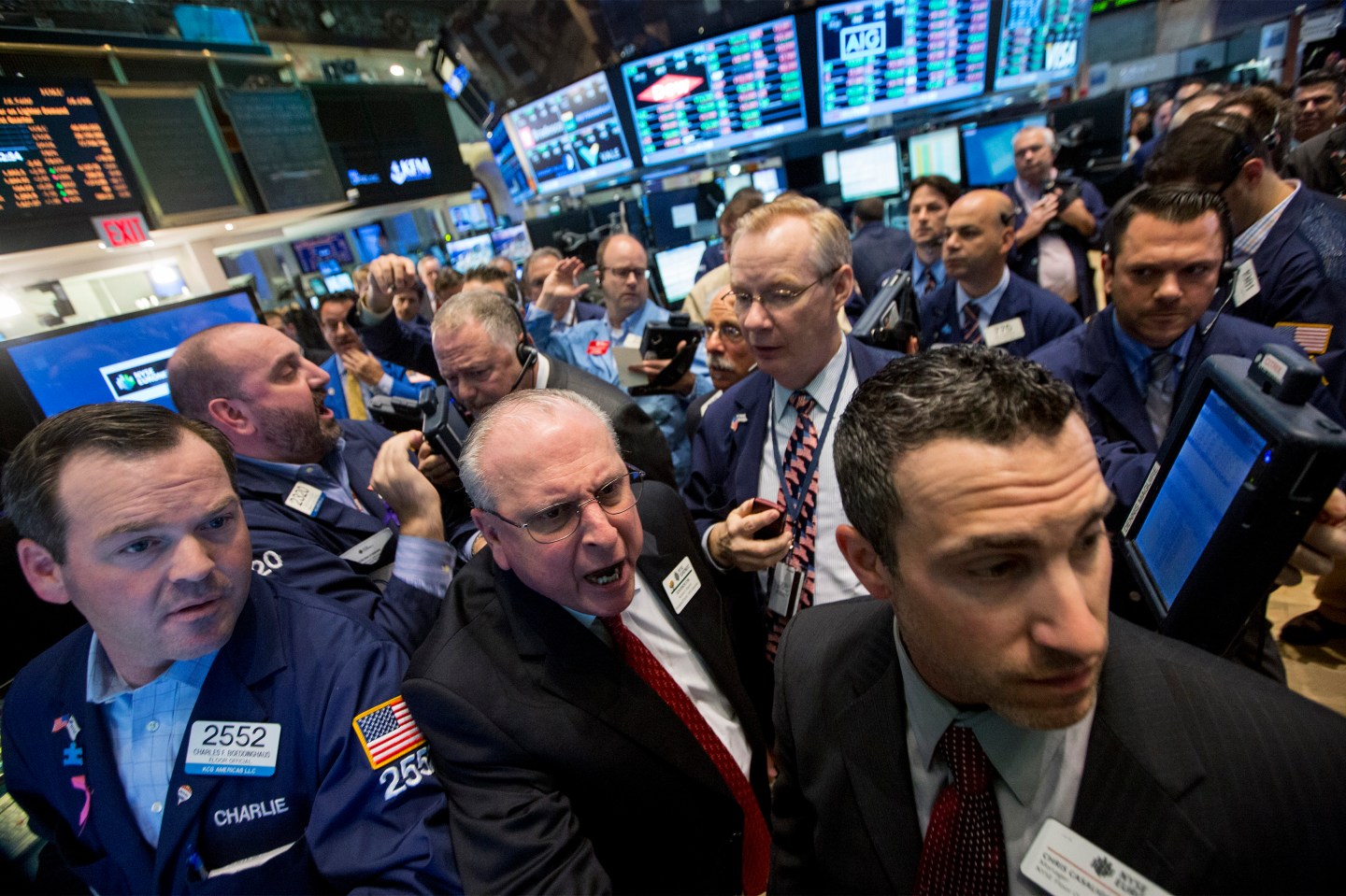 Traders work during the IPO of Parsley Energy Inc on the floor of the New York Stock Exchange May 23, 2014. Parsley Energy Inc's shares rose as much as 21.5 percent in their U.S. market debut, valuing the oil and natural gas producer at about $2.51 billion. REUTERS/Brendan McDermid (UNITED STATES - Tags: BUSINESS ENERGY) - RTR3QL5A
© Brendan McDermid / Reuters REUTERS

U.S. markets fell across the board Tuesday as investor grew worried about the global economy following a poor growth forecast for the eurozone nations.

As Fortune reported earlier today, the International Monetary Fund (IMF) released a lowered outlook for worldwide economic output for both this year and 2015. Meanwhile, investors continue to worry whether the U.S. Federal Reserve will decide to raise interest rates sooner than expected. The Fed, which is winding down its bond purchase program this month, plans to release the minutes from its September policy meeting on Wednesday. Investors will be looking for any sign of when the Fed may increase interest rates.

The Chicago Board Options Exchange Volatility Index (VIX), known as the “fear index,” jumped 12% on Tuesday, while global markets also tailed off. In London, the FTSE 100 dropped by 1% and Germany’s DAX fell by 1.3%.

It has been a volatile start to October, and the year’s fourth fiscal quarter, for U.S. markets thus far. One bright spot came last Friday, when the Dow Jones jumped more than 200 points, and both the S&P 500 and Nasdaq indices were up by at least 1%, in the wake of a positive employment report for the month of September. However, each of those indices was down overall last week and they fell slightly again to start this week.

Despite the recent market turbulence, the Dow is up 0.8% for the year. Nasdaq has gained 5% during that period while the S&P is up 4.7%.