Apple’s got a mess on its hands in Mesa, Arizona 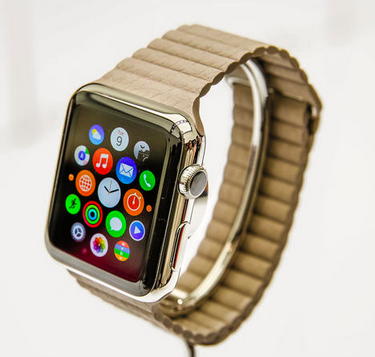 Not much was revealed about where Apple’s chief supplier of sapphire crystal went wrong, except that GT (GTAT) now finds “oppressive and burdensome” the terms of a contract it happily signed less than a year ago.

But Mark Hibben, writing in Seeking Alpha about the GT “debacle,” has a plausible narrative — and a pretty smart take on where Apple has to go from here.

For Hibben it starts with GT’s announcement in May that it was building a new generation of furnaces capable of producing 40% larger sapphire boules.

My working hypothesis,” he writes, “is that GTAT committed to the larger experimental furnaces for the Mesa plant, and this is how they got themselves into trouble. They built the larger furnaces assuming that they would realize production scale economies and then discovered that the quality of the sapphire produced by the furnaces wouldn’t meet Apple’s requirements.”

Meanwhile Apple still has a watch to build.

I doubt there are other sapphire suppliers that could step in to fill the void,” writes Hibben. “The main raison d’etre for a company to build a facility such as Mesa is that existing manufacturing infrastructure is inadequate. This is above and beyond whatever cost savings GTAT might have promised and which I doubt Apple was willing to take on faith.

“So I don’t think Apple has much choice but to bring the herd under control, and Apple’s statement about preserving jobs at Mesa indicates that they’ve already realized that they can’t walk away from the plant. Apple never wanted to be in the sapphire optics business, but now it is whether it likes it or not.

“GTAT’s request to wind down the plant may in effect be a ploy to extract more capital investment from Apple, and Apple may have no choice but to go along. Apple will want outright ownership of the furnaces, if it doesn’t already own them, but this is no bargain for Apple. It may not be possible to make the furnaces work, no matter how much money is spent trying to fix them.

“The alternative may be to replace the furnaces with smaller production furnaces with proven capability from, you guessed it, GTAT. If this whole thing is starting to look like a deft manipulation of Apple to you, well, that’s the way it looks to me as well. Apple could well end up spending over $1 billion equipping Mesa before they get usable sapphire.”

Hibben points out that the low end of the Watch line, Watch Sport, isn’t in jeopardy because it doesn’t use sapphire. But the models with sapphire crystals — the steel and gold Apple Watches — may be delayed.

See: The GT Advanced Technologies Debacle: Where Does Apple Go From Here.

One last thing: According to GT, the nondisclosure agreement it signed with one of its creditors called for a penalty of $50 million for each violation.

That’s one way to enforce a code of silence.