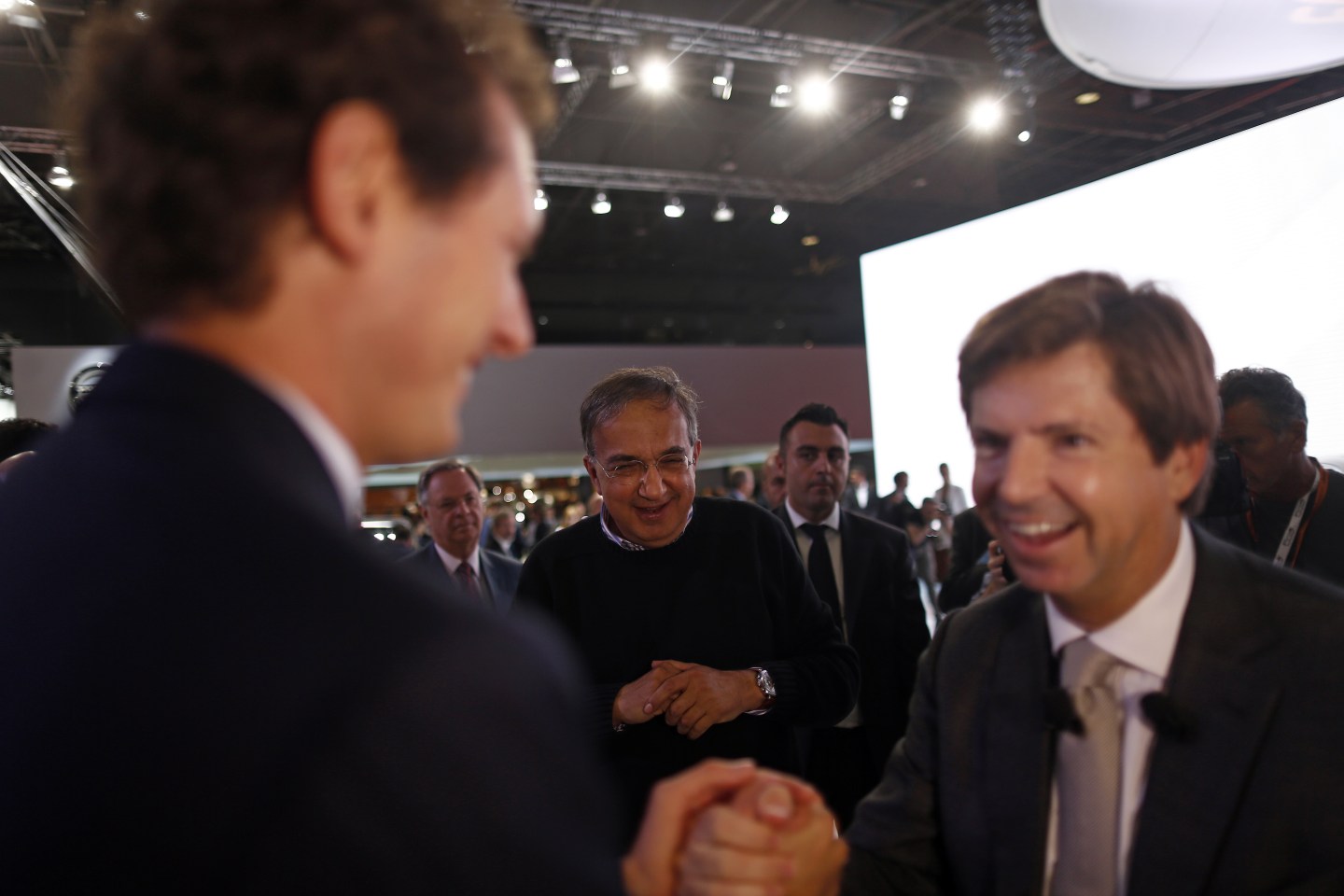 The Agnelli family has tightened its grip on Fiat SpA (FIATY) by securing higher voting rights after the carmaker’s merger into Fiat Chrysler Automobiles (FCA), a statement from the Italian bourse shows.

The move by the Agnellis’ holding company Exor to boost its voting power at Dutch-registered FCA to nearly 50% contrasts with other European carmakers, where
controlling dynasties have been forced to cede control to ensure their companies’ survival.

The Peugeot family, for instance, reluctantly relinquished control of the eponymous French group this year to gain much-needed investment through a tie-up with China’s
Dongfeng Motor Co.

Family ownership has often stood in the way of restructuring at European carmakers, some of which have missed opportunities to build partnerships in response to competitive threats.

In a merger prospectus filed with the U.S. market regulator in July, Fiat said that Exor’s higher voting rights could make it more difficult for shareholders to change FCA’s management or acquire a controlling interest.

But while Exor’s increased control would make Fiat Chrysler less of a takeover target and reduce its options for strategic tie-ups, the Agnellis have helped to restructure the group they founded 115 years ago, analysts have said.

They have also brought in chief executive Sergio Marchionne, who has been widely credited for turning around the fortunes of Fiat and Chrysler.

FCA makes its Wall Street debut on Monday, with the company counting on the merger and U.S. listing to help to foot the bill for its €48 billion ($61 billion) plan to lift sales by 60% and achieve a fivefold increase in net profit by 2018.

The Agnellis, who control Fiat Chrysler through Exor’s 30% stake, have lifted their voting power to 46.6% through a shareholder loyalty scheme put in place as part of the merger.

Under the scheme, Fiat investors who have held their stakes for three years could obtain two votes for each share they owned. Exor exercised that right for all of its 375 million shares, a spokesman for the company said.

According to the Milan bourse, the equity capital of the newly formed FCA totals 1.6 billion shares, including ordinary and the special voting shares.

Exor’s high voting power shows that very few other shareholders have participated in the loyalty scheme.

While rumours of a potential Agnelli family exit have surfaced over the years in the Italian press, Exor has said repeatedly that the stake remained a strategic investment for the family. However, it has suggested that it could be open to diluting its stake to support growth at the carmaker.