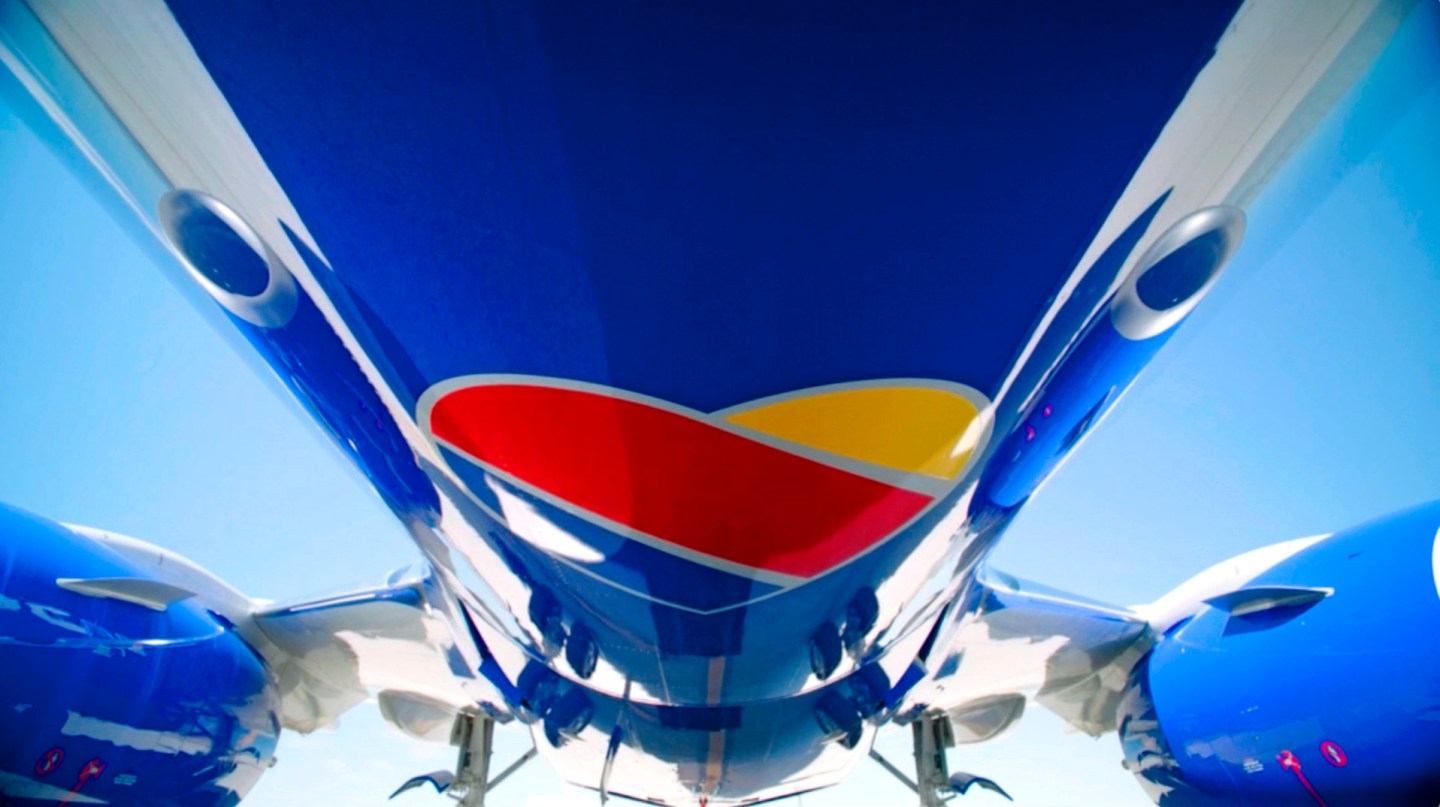 More than 100 million people catch a Southwest flight annually. That makes it the nation’s largest carrier of domestic passengers, beating out rivals like American Airlines, United, and Delta. Known for its customer-friendly ways—Southwest is one of the few remaining airlines that still provide one free checked bag and no change fees—the former regional player has transformed itself into a domestic powerhouse. As other airlines have struggled through bankruptcy filings in recent years, Southwest has kept its low fares and balance sheet intact. The airline has recorded four straight years of revenue gains, and annual sales are expected to be up again in 2014—to nearly $18.6 billion, an all-time high.

The 43-year-old airline isn’t stopping at the border. It expanded beyond the U.S. for the first time this year, though international flights currently account for only 1% of its network. Southwest now flies to the Caribbean and Mexico, routes it acquired from its $1.4 billion purchase of AirTran Airways in 2011, and is considering as many as 50 other international destinations, including potential flights to Canada and Central America. As it extends its global reach, Southwest is staying true to customers: Passengers on international flights are allowed two free checked bags.

NEW LOOK, SAME HEART
By the end of the year, Southwest will complete its integration of AirTran, its largest acquisition ever. Southwest got a makeover last month when it unveiled a new corporate rebranding and paint job for its fleet of Boeing aircraft. The airline revamped everything from its cocktail napkins to employee uniforms. The belly of each newly painted plane features a larger-than-life heart, giving credence to the airline’s motto, “New look, same heart.”

THE SOUTHWEST EFFECT
Cities that Southwest flies into have seen a dual result: Prices drop and passenger traffic booms. The U.S. Department of Transportation dubbed this the “Southwest effect.” The airline ushered in an unprecedented era of affordability, though that has started to moderate, says Stifel Nicolaus analyst Joseph DeNardi. Southwest’s costs have come closer to competitors’, especially after bankruptcy filings wiped out much of the debt of larger rivals. Yet even as Southwest’s cost advantage decreases, its legacy of inexpensive flights remains. “Airfares are still pretty low relative to broader pricing metrics in the economy,” says DeNardi.

FLYING GREEN
Southwest takes environmental awareness seriously and considers it part of its triple bottom-line approach: profits, people, planet. Beginning in 2016 the airline will use low-carbon, renewable jet fuel on select flights in partnership with Red Rocks Biofuels. Southwest was searching “for a viable biofuel that uses a sustainable feedstock with a high rate of success,” says Bill Tiffany, vice president of supply chain for Southwest. Red Rocks passed that standard, meeting both financial and sustainability objectives. Southwest plans to buy up to 3 million gallons of fuel in the first year, the equivalent of roughly 2.1 million flight miles at cruising speed.