A brief history of drones 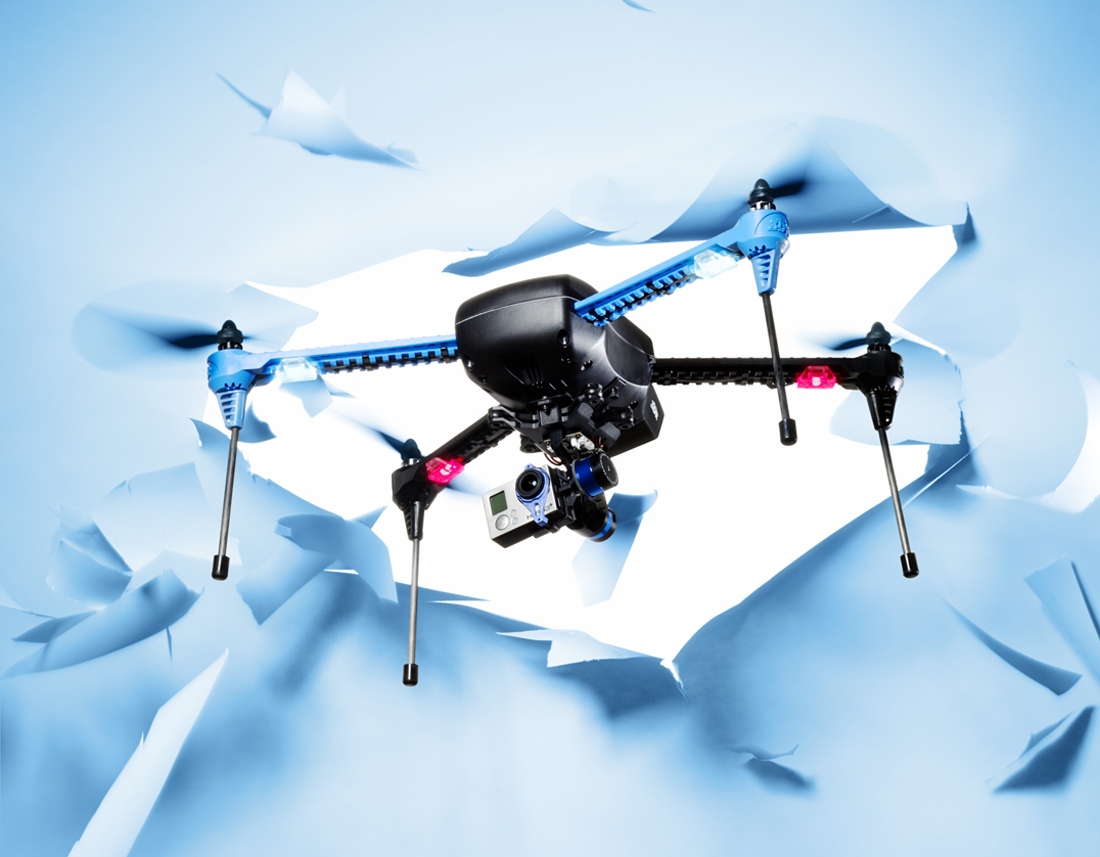 At an exhibition at Madison Square Garden, inventor Nikola Tesla wows audiences with a small unmanned boat that appears to change direction on verbal command. (He’s actually using radio frequencies to switch motors on and off.)

The German military debuts the FX-1400, or “the Fritz X,” a 2,300-pound bomb with four small wings and a radio controller. A breakthrough for guided aerial weapons, it also was the first remotely controlled munition put into operational use.

Photographer David Conover snaps images of Norma Jeane Dougherty—soon to be known as Marilyn Monroe—working at a wartime assembly plant. On her workbench: a half-assembled drone.

The size and cost of transistors plummet, ushering in an age of radio-controlled products and a generation of tinkerers and enthusiasts.

At the outbreak of hostilities with Syria, Israel outwits Soviet anti-aircraft technology by using a swarm of unmanned aircraft to draw it into revealing its location.

The General Atomics MQ-1 Predator UAV enters service. In the decade following 9/11, the Predator will become the public face of drones.

The Parrot AR Drone, a smartphone-controlled quadcopter for consumers, is introduced at the Consumer Electronics Show in Las Vegas.

Congress requires the FAA to integrate small drones into the national airspace by 2015.

As the FAA grants an exemption to film and TV production companies for drone use, producer Jerry Bruckheimer reveals that actor Tom Cruise will star in Top Gun 2 alongside drones.