7 economists worth their weight in gold 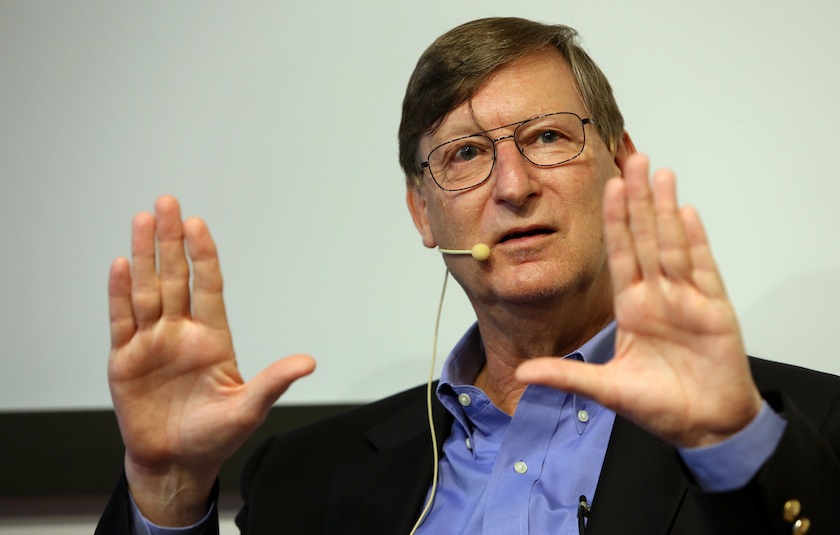 To put it mildly, you can say that the financial crisis has shaken the public’s faith in economics.

After all, how useful could this science be if it couldn’t predict or save us from a calamity of that magnitude? That question has been asked by economists and the economics press ad nauseum since 2008, with no satisfactory answer in sight. In short, macroeconomic forecasting is really difficult to do, and we shouldn’t expect to be able to predict when economic convulsions will happen.

At the same time, macroeconomic forecasting is just one small slice of what economists do. In a new book Trillion Dollar Economists, author (and economist) Robert Litan attempts to honor the many economists throughout the decades who have focused on helping businesses reach their customers more efficiently or teaching average individuals how to invest more wisely, to name just two examples. While macroeconomic forecasters get a lot of attention from the press because of both the political implications of their ideas and the gravity of the tasks they undertake, Litan argues that it’s these lesser-known economists who actually make the biggest contributions to the profession.

Here are seven examples of economists working in the private sector who helped transform how business is done in America:

1. Julian Simon: Simon helped revolutionize the airline industry by popularizing the idea that carriers should stop randomly removing passengers from overbooked flights and instead auction off the right to be bumped by offering vouchers that go up in value until all the necessary seats have been reassigned. Simon came up with the idea for these auctions in the 1960s, but he wasn’t able to get regulators interested in allowing it until the 1970s. Up until that time, Litan writes, “airlines deliberately did not fill their planes and thus flew with less capacity than they do now, a circumstance that made customers more comfortable, but reduced profits for airlines.” And this, of course, meant they had to charge passengers more to compensate.

By auctioning off overbooked seats, economist James Heins estimates that $100 billion has been saved by the airline industry and its customers in the 30-plus years since the practice was introduced.

2. Hal Varian: As Google’s chief economist, Varian joined a company that was already keen on using ideas from academic economics to make money. Google famously made use of the Dutch Auction for its 2004 IPO, and sold its ads using an auction style first designed by economist William Vickery, which caused the winner to pay one penny more than the second-highest bid, in order to encourage bidders to not fear overbidding. Varian helped fine tune these auctions as an adviser to the company in its early days, and when he joined the firm full-time he helped develop the Google Trends tool and the use of A/B testing to improve the launch of other new services.

3. Vernon Smith: An economic iconoclast, Smith won the Nobel Prize in economics in 2002 for his contributions in helping economics become a more experimental science that relied on laboratory testing to understand human behavior. As Litan writes:

It is difficult to overstate the extent to which Smith’s work was long viewed to be out of the mainstream by the rest of the profession…. The notion that lessons could be drawn from a laboratory setting where individuals were given play (or even small amounts of real) money and then tasked with spending it or using it in some fashion or for purposes designed by the experimenters was … looked down on by many mainstream economists—until Smith was awarded the Nobel Prize, of course.

Smith’s ideas have influenced business leaders, who have used his ideas in focus group settings. Energy companies around the world have also used Smith’s work. His experiments proved that through careful deregulation of energy markets, electricity companies could become more efficient and still sell energy at fair prices. Such reforms were introduced in New Zealand and Australia in the 1990s, and by Ohio Edison in the U.S.

4. Frank Ramsey: One of the most important concepts in economics is the demand curve, which is basically a series of numbers describing what different people are willing to pay for the same product. When plotted on a graph, the demand curve usually slopes downwards, showing that more people are willing to buy a product when the price is low. In the 1920s, economist Frank Ramsey formally proved that rather than charging one price, firms ought to discriminate against customers based on where they fall on the demand curve. In other words, companies should charge the most any particular customer is willing to pay, rather than one price for all.

The results of the insight are seen everywhere in business today. One of the most salient examples of price discrimination is in the airline and hotel industries. These companies use all kinds of methods, like the time you purchase your seat or room to what sort of computer you’re using making the purchase, to estimate where on the demand curve you reside.

5/6. Lloyd Shapely and Alan Roth: These 2012 Nobel Prize winners were honored for their contribution to what economists call “market design.” As any businessperson knows, the market is a great way to match buyers and sellers of a product. But what is not necessarily apparent at first glance is that some marketplaces are much better than others. Shapley and Roth spent their careers working on how to design markets to attract enough buyers and sellers, to give those participants enough time and information to make rational choices, and to do it in a way that prevents fraud or the leaking of confidential information. Shapley and Roth’s work in market design has helped revolutionize the way we match buyers and sellers in many different markets, from the matching process of doctoral residents at hospitals, to pairing kidney donors with patients.

7. Burton Malkiel: Conventional financial wisdom holds that investors do better when they diversify. But this idea wasn’t always so widespread. In the early part of the 20th century it was often thought that successful investors picked one or two companies to invest in and then learned everything they can about those businesses. But as the decades wore on, financial economists worked to prove that an investor is better off diversifying. It wasn’t until economists and op-ed writer Burton Malkiel published the best-selling “A Random Walk Down the Street” that the idea really started to catch on.

Malkiel inspired entrepreneurs like Jack Bogle, the founder of Vanguard, to write his senior thesis at Princeton on index funds, thinking that they would be a cheap way for the average investor to diversify. Bogle launched his first fund in 1976, and nearly 40 years later, index funds now play a major role in everyday investors’ portfolios.