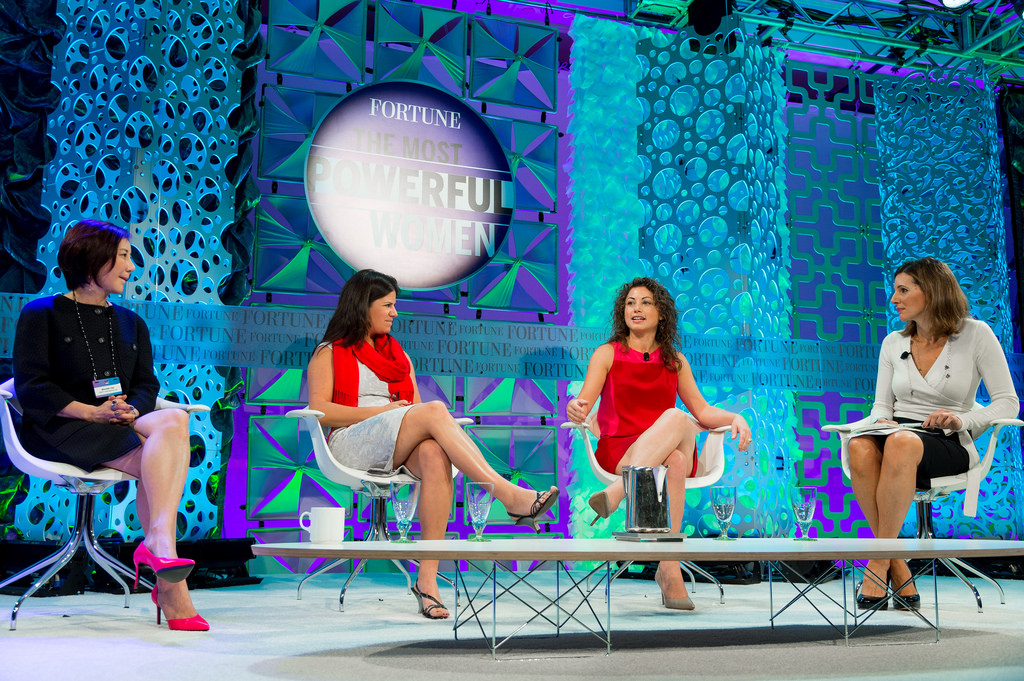 Many of the interviews at Fortune‘s Most Powerful Women Summit have featured women who head up large organizations — the likes of Hewlett-Packard’s Meg Whitman, Melinda Gates of the Gates Foundation and Ginni Rometty, CEO of IBM. But on Wednesday morning a trio of female entrepreneurs took the stage for a session called ‘Scaling Your Company’, all about the challenges and rewards of starting a business from scratch.

Debbie Sterling, founder and CEO of GoldieBlox, which makes engineering toys for girls, said her biggest hurdle was getting people to believe there was market viability for her product. To start GoldieBlox, Sterling quit her job and poured all of her time and energy into building a prototype. Initially, she was scared someone would steal her idea and even made her own mother sign a non-disclosure agreement before letting her see the product. In 2012 she officially launched the company, amassing an impressive lineup of advisors — mostly toy industry veterans. GoldieBlox toys, which include a mini zipline building kit, are now sold through Target, Pottery Barn Kids and other retailers.

“I am trying to innovate and not rely on these old stereotypes,” Sterling told the MPW audience.

Another entrepreneur on the panel, Shunee Yee, said the biggest risk she’s taken building her company was choosing China as her headquarters more than 10 years ago, a bet that has paid off. Yee is the founder, president and CEO of CSOFT International, a translation and localization services provider. As for her biggest challenge? “The toughest thing is really to define a focus — the easiest part is to get distracted,” said Yee.

Susan Coelius Keplinger, co-founder and president of advertising technology maker Triggit (and an extreme athlete) said starting a company wasn’t risky for her. “If you think about it, the worst case scenario is failure,” said Coelius Keplinger. “You can always go work for a company.”

Coelius Keplinger also talked about the importance of building a diverse workforce from the get-go. “When you’re a young company you’re just growing so quickly, and you hire as fast as you can,” she said. “The last thing you’re thinking about is ‘I need to create a diverse workforce.’ But the more resumes you can look at the more qualified applicants you can get, so you really have to devote yourself to that approach.”