iTunes Festival: It’s for the fans 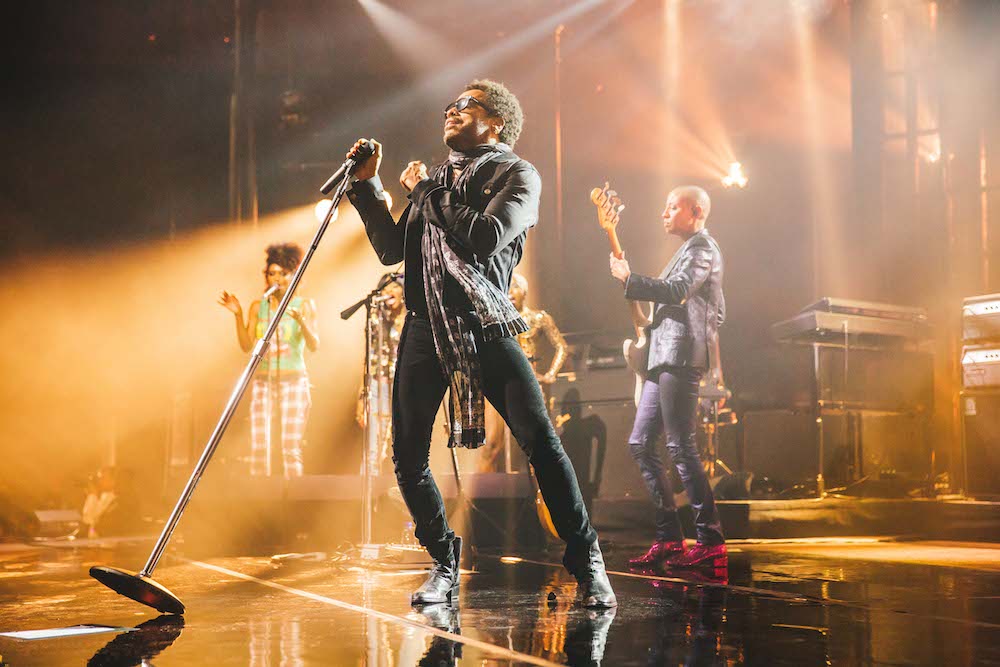 It’s about 11:00 pm and I’m standing among 3,000 fans shuffling out of the Roundhouse in London after a rousing Lenny Kravitz concert at Apple’s 8th annual iTunes Festival. In a spontaneous show of excitement and support for Kravitz, the exiting crowd began singing one of his more famous songs, “Fly Away.” This went on — down the stairs, out of the venue, onto the sidewalk — for a good 10 minutes.

As I stood outside, watching and listening to the fans, I was taken back to a conversation I had backstage with Oliver Schusser, Apple’s head of iTunes Europe, two hours before the show began.

“iTunes Festival is all about the fans in the audience, and the fans at home,” Schusser told me in an exclusive interview.

Is there any better feedback than to see people leaving a concert singing the songs they just saw the artist play? That’s what I call a connection with the crowd.

Mary J Blige, Lenny Kravitz, Tony Bennett and Placido Domingo headlined this year’s festival, and because tickets are distributed randomly, by lottery, the artists had to connect to diverse audiences, young and old. This is deliberate, says Schusser. It’s part of the overall planning of the festival.

“We want to have something for every audience type and age group,” he says. “When you go to iTunes you see a very diverse set of artists, and we want the festival to be the same. The whole month is curated — we want to have a variety for the month, and also every week.”

Music is important to Apple (AAPL), and Apple is important to the music industry. “Music’s always been at the heart of Apple,” Tim Cook told Re/Code last May after Apple spent a record $3 billion to buy Dr. Dre’s Beats. “It’s deep in our DNA.”

“We never really defined ourselves as simply a digital retailer where people buy files from us on the Internet,” Schusser tells me. “We wanted to have some heart and soul, and be a living brand. We have always been very close to the creative community, so this [iTunes Festival] was a logically next step for us.”

I’ve been to many live shows over the years, but there’s nothing quite like an iTunes Festival. They’re a labor of love, from the Apple retail staff working as ushers to the production staff putting in long hours backstage. The attention to detail is evident, whether you’re in attendance or watching on your Apple TV at home.

One of the challenges in filming a live show is that the cameras tend to get in the way, blocking the view of the audience. It’s a hard thing to overcome, but at the three festivals I’ve attended so far, Apple has found a way to stream the shows to millions of people worldwide without interrupting the live concert. In fact, you rarely ever see a camera crew while you’re in the audience.

Schusser says it’s been a learning process for Apple over the years, as they talk to artists about stage design, lighting and sound. They’ve hired some of the best sound-and-light people in the world put on the event.

Over the years, the festival has grown from a venue that held 250 people to the Roundhouse, which holds 3,000. That’s about as big as they’re likely to be.

“The venue creates an incredible atmosphere,” Schusser tells me. “I could never really see the festival in a stadium because this is so intimate — the artists love it and the fans love it too.”

I can see exactly what he’s talking about. In London and at the iTunes Festival in Austin last year, the venues were smaller, giving the fans a feeling of being a part of something special.

You just don’t get that when you see a show in a stadium — in fact, sometimes in a large venue you’ll see more of the show on a big video screen than you do watching the stage. At an iTunes Festival, there isn’t a bad seat in the house.

“Everything behind the scenes has grown massively over the last eight years, but I think the show itself has actually remained the same,” says Schusser. “It’s about the artists, the fans, and trying to create an unforgettable experience.”

“We’re all very proud of iTunes Festival” he says. “The feedback from the fans and the artists is the part that makes us proudest.”

Jim (“The Beard”) Dalrymple plays guitar and writes about Apple, first at MacCentral, then at Macworld, now at The Loop. You an follow him on Twitter @jdalrymple.