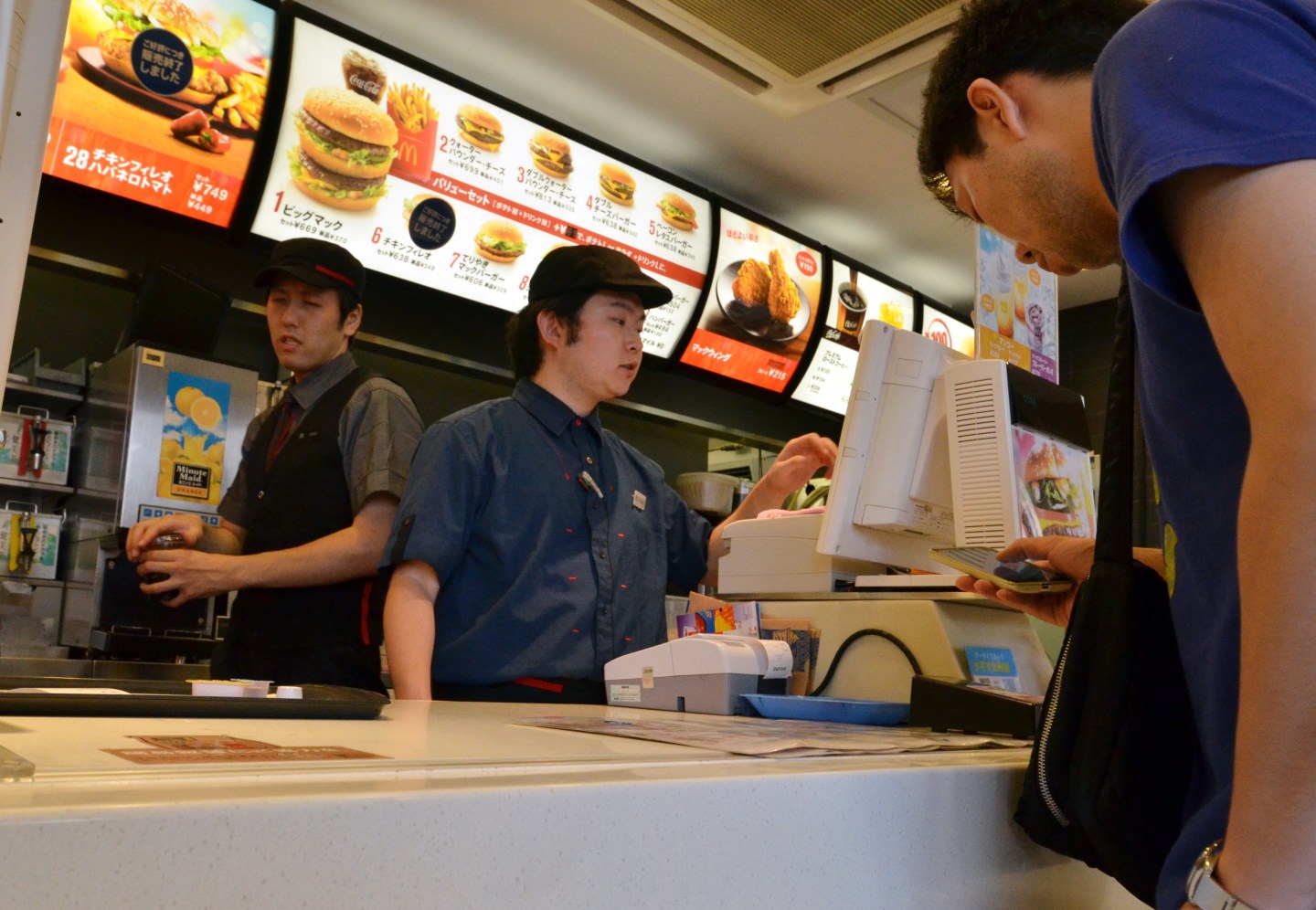 A customer orders food at a McDonald's restaurant in Tokyo on July 25, 2014. McDonald's Japan said all of its Japanese restaurants had stopped selling products made with chicken from China, in the wake of a scandal that saw expired meat sold to fast food giants. More than 3,000 restaurants across Japan had also halted imports of chicken products from the country, the chain said, adding that it had switched to distributors in Thailand "to address the concerns of our customers". AFP PHOTO / Yoshikazu TSUNO (Photo credit should read YOSHIKAZU TSUNO/AFP/Getty Images)
YOSHIKAZU TSUNO/AFP--Getty Images

The announcement brought further gloom for McDonald’s Corp (MCD) , which holds 49.9% of McDonald’s Japan, and has been struggling globally with falling sales.

“Customers have expressed a lack of confidence in our food quality, and I take responsibility for that,” McDonald’s Japan Chief Executive Sarah Casanova told a media briefing, at which
she also forecast an operating loss of 9.4 billion yen for the year to Dec. 31.

“It’s our intention to try to turn this business around as fast as we can.”

Facing tough competition from domestic convenience stores, McDonald’s Japan had been suffering from weak demand even before the food safety scare, in which a major Chinese supplier of chicken meat was found to be in breach of safety standards.

The company withdrew its annual earnings forecast after the food scare in July, but prior to that, it had forecast an operating profit of 11.7 billion yen ($107 million) and net profit of 6 billion yen for the year.

The food scare, which also affected other global food companies such as KFC owner Yum Brands Inc (YUM), led to a 25% drop in McDonald’s Japan’s sales in August, the sharpest fall since the company became public in 2001. Sales fell a further 17% in September for the eighth straight month of year-on-year declines.

The company is also under pressure from regulators in Russia, who have closed down a number of its busiest restaurants citing violations of food safety regulations. Critics say the actions are a politically-motivated response to U.S. and E.U. sanctions on Russia for its role in stoking the crisis in Ukraine.