War of words: After H-P announces split, Dell doesn’t miss a chance for a swipe back 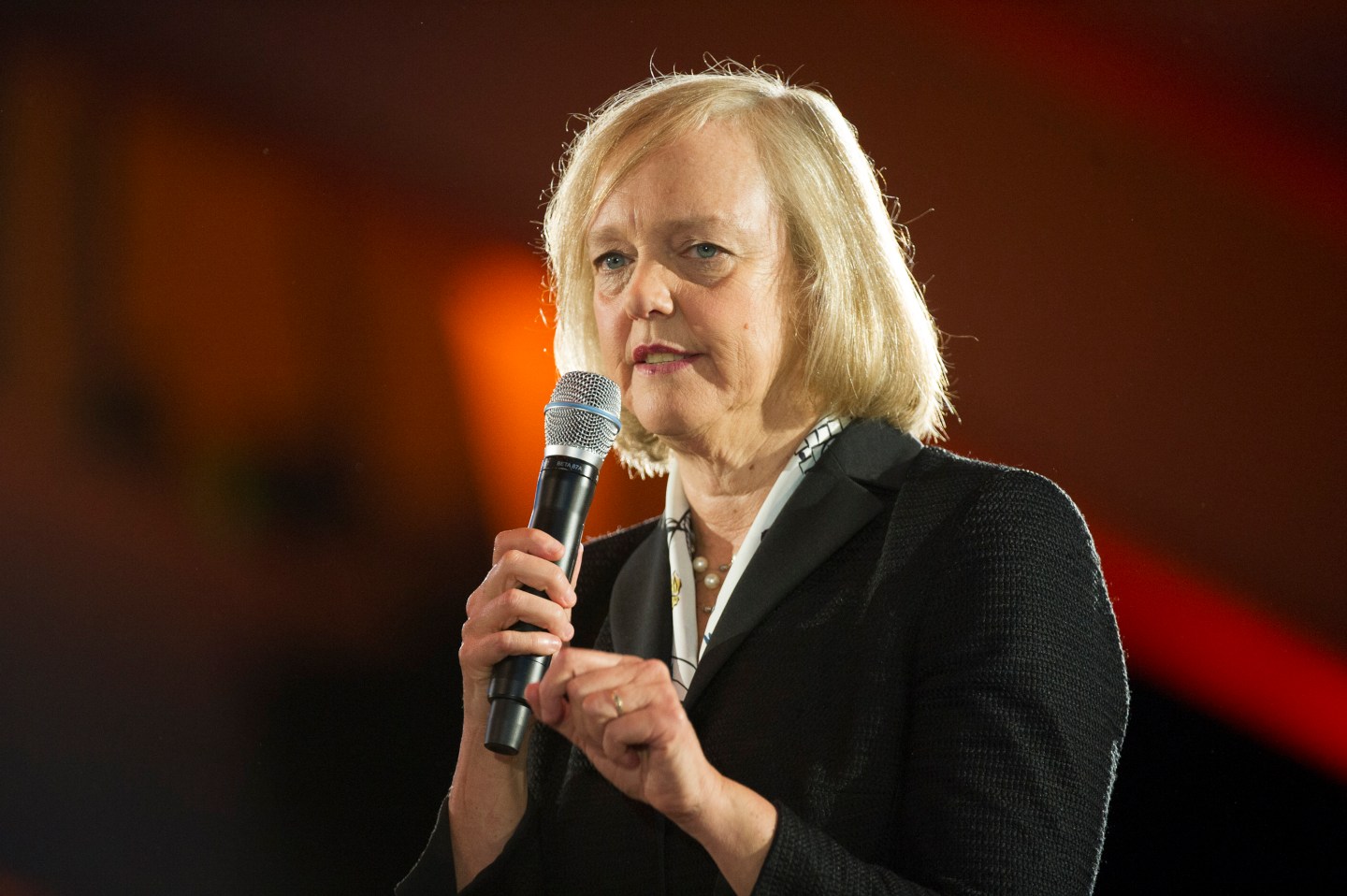 Hewlett-Packard’s decision to split off its enterprise hardware and services unit from its computer and printer business represents a major turning point for a company in the midst of a multi-year plan to turn around its fortunes. In other words, what better time for Dell to take a shot at H-P, its biggest competitor?

In the wake of H-P’s announced split, which will result in two separately-listed companies, Dell quickly made a play likely aimed at picking up some of H-P’s customers. “Dell is singularly focused on its customers and partners and is committed to providing end-to-end IT solutions that they need,” David Frink, a Dell spokesman, said in a statement to Bloomberg on Monday. “H-P’s decision to break apart its business is complex, distracting and appears to benefit HP and its shareholders more than its customers.”

Dell’s Frink also told the Austin American-Statesman that it will be very difficult for H-P to completely separate its business operations and that similar processes at other large companies “have often taken years to complete.”

If Dell’s swipe at H-P (HPQ) sounds familiar that’s probably because Dell is actually taking its cues directly from a statement H-P put out more than a year ago, when the former first announced its plans to go private through a leveraged buyout by CEO and founder Michael Dell and private equity firm Silver Lake Management. When Dell first announced its plan to go private as part of its own turnaround plan, H-P issued a statement saying that the company had “a very tough road ahead.”

“[Dell] faces an extended period of uncertainty and transition that will not be good for its customers,” H-P said in February 2013. “And with a significant debt load, Dell’s ability to invest in new products and services will be extremely limited. Leveraged buyouts tend to leave existing customers and innovation at the curb. We believe Dell’s customers will now be eager to explore alternatives, and HP plans to take full advantage of that opportunity.”

The tone and message of both comments are nearly identical: Cast doubt over whether or not the move will be successful, while questioning your competitor’s commitment to its customers.

Of course, it’s hard to expect anything different from two long-time rivals. In addition to competing for customers for years, the two tech companies have also gone head-to-head over potential acquisitions, including in 2010, when H-P bought 3PAR for $2.35 billion following a month-long bidding war with Dell for the data-storage company.

More recently, both companies have been linked to potential merger talks with data-storage giant EMC Corporation. And, while the EMC-H-P merger talks reportedly died last month after the two sides failed to reach a consensus on financial terms, H-P’s CEO Meg Whitman is not ruling out the possibility of a deal coming together eventually. Speaking at Fortune‘s Most Powerful Women Summit on Monday, Whitman said her company’s M&A strategy “is very much returned base and what is in the best interest of shareholders.”