Why investors should bet on India 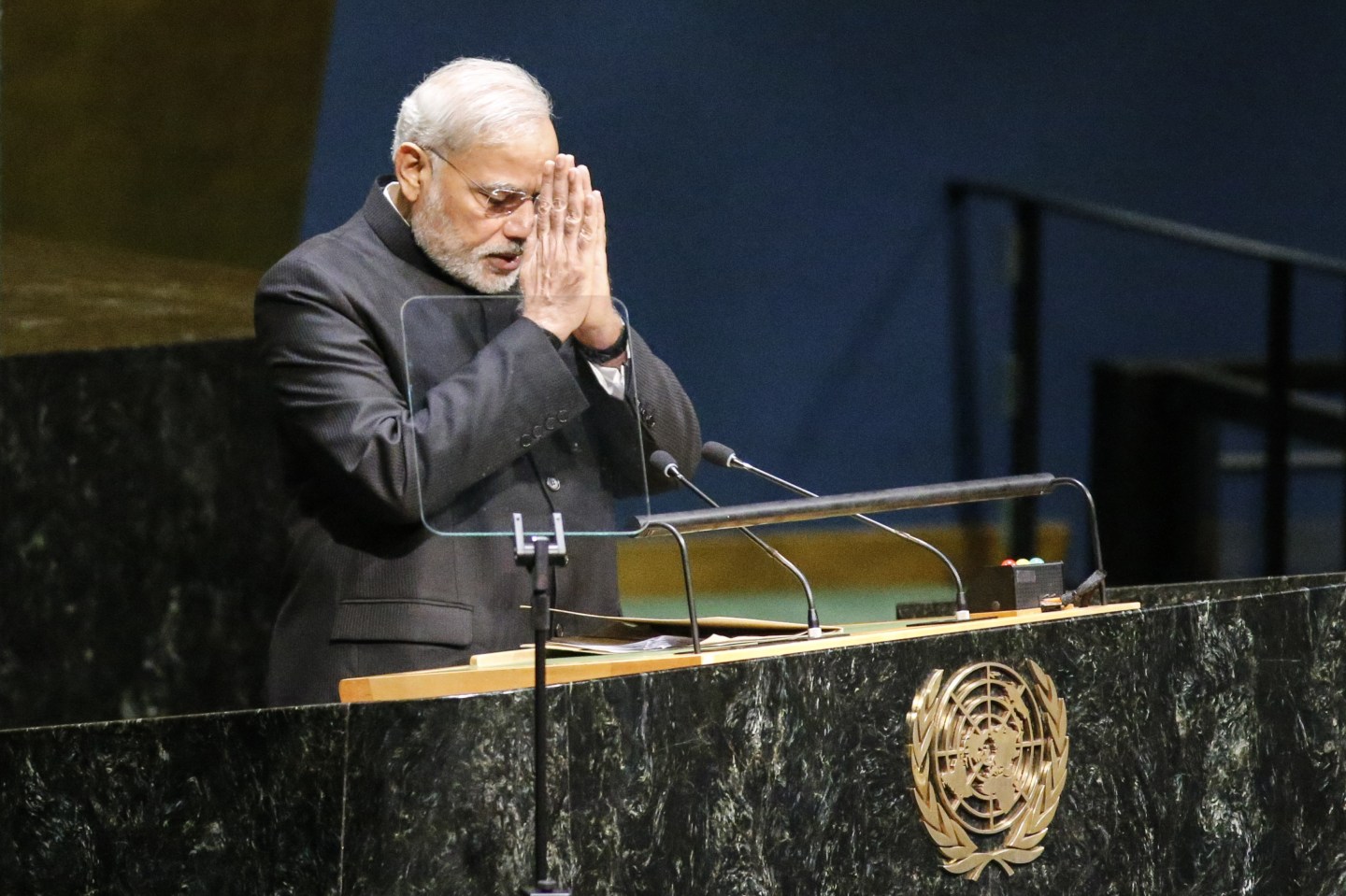 In a richly symbolic event, India put a spacecraft into orbit around Mars this week, beating Japan and China in the race and doing it at a fraction of what it cost NASA. The timing is propitious, as Indian Prime Minister Narendra Modi landed in the U.S. on Friday for his first official visit and amid high expectations for India’s economic growth and potential.

Since he took office in May, Modi has begun to execute on the systematic reformation of India’s inefficient and bureaucratic markets to make them friendlier and more open for investors and businesses. So far, his actions seem to be working, with GDP accelerating to 5.7% in the second quarter after a period of stagnation; inflation is trending down and foreign capital is starting to come in.

Modi has also received praise for his recent deals with Japan and China, securing $33 billion of new investments from Japan; he even garnered $20 billion in infrastructure investment from China – India’s historical geopolitical adversary. These numbers may not be staggering from a Western perspective, but they are meaningful for an emerging economy like India’s, and more to the point, a sign of confidence from Asia in India’s economic prospects – a signal that the prime minister hopes to obtain from the U.S. as well.

Underpinning all this is Modi himself, who is proving to be a pragmatic leader. In addition to his loftier ambitions of easing India’s restrictive market regulations and upgrading the nation’s infrastructure, he seems intent on building India’s economic strengths from the ground up, pushing to provide bank accounts for every Indian household across the nation, standardize banking practices to end exploitation of the poor and illiterate, provide insurance and pension plans for those with no access to them, and to promote the use of technology for education, social innovation, and business activity even in remote areas.

There are many challenges, of course. For one, there is Modi’s past as Chief Minister of the state of Gujarat, home to a notorious incident of Hindu-Muslim riots which he has been accused of mishandling. Combined with the Hindu roots of his Bharatiya Janata Party, political analysts have questioned his moral authority to govern over India’s minority Muslim population.

Another problem is that India’s labor force is skewed toward the agriculture sector, even though its highest growth industries like information technology, telecom, healthcare, and retail are projected to require millions of new skilled workers which they may not be able to find. While Modi has called for more foreign investments in India’s manufacturing sector, his administration will first need to revamp archaic labor laws and improve education to ensure the pool of skilled labor required for long-term growth. Finally, there is a lack of women in the workforce and rampant government corruption, which the prime minister must also tackle.

Still, solving the economic and social troubles of a country as populous and complex as India isn’t easy, and what is important is that the nation finally has a leader who is willing to take on the challenge. Modi may have a tough road ahead but his disciplined style of governing and clarity of purpose could enable him to succeed.

In this spirit, as he now begins his dialogue with another great democracy and primary role model for free markets – the U.S. – there should be plenty of affinity between the two sides and opportunity to generate mutual prosperity through trade. India can certainly benefit from America’s financial resources and state of the art industrial/technological expertise to modernize its business landscape and national infrastructure, and U.S. investors can profit handsomely in the world’s most vibrant emerging market with the right foundation in place. Bilateral trade between India and the U.S. has reached $100 billion, and by some estimates, could grow to $500 billion by the end of the decade.

Historically, the relationship has been marked by crests and valleys, partly due to a disagreement over how much freedom to allow the private sector and more recently due to the stalling of a key nuclear deal over India’s unwillingness to provide end-user verification for plants and tracking of sourced fuel. The former could change with the advent of the Modi administration’s market-friendly philosophy, and the latter may have become less urgent due to India’s newly minted civil nuclear agreement with Australia instead. What could also help India’s relations with the U.S. is raising foreign ownership limits in its defense sector from 26% to 49%, potentially creating a windfall for U.S. investors and defense contractors.

Yet another area to watch during Modi’s visit will be the contentious topic of outsourcing, which needs to be resolved in order to maximize the value of human capital in India and bolster the competitiveness of U.S. companies. The keys to success here will be the Indian government’s ability to bring its business policies closer in line with American best business practices and legal framework, and the ability of the U.S. to recognize the benefits, and even necessity, of outsourcing in an age of globalization.

India is reaching for the stars, both figuratively and literally, with an ambitious program of modernization and free market growth that can generate wealth for itself as well as its trading partners. That is a trend worth supporting.

Sanjay Sanghoee is a political and business commentator. He has worked at investment banks Lazard Freres and Dresdner Kleinwort Wasserstein, as well as at hedge fund Ramius. Sanghoee sits on the Board of Davidson Media Group, a mid-market radio station operator. He has an MBA from Columbia Business School and is also the author of two thriller novels. Follow him @sanghoee.