Will the U.S. Dollar’s rise last? 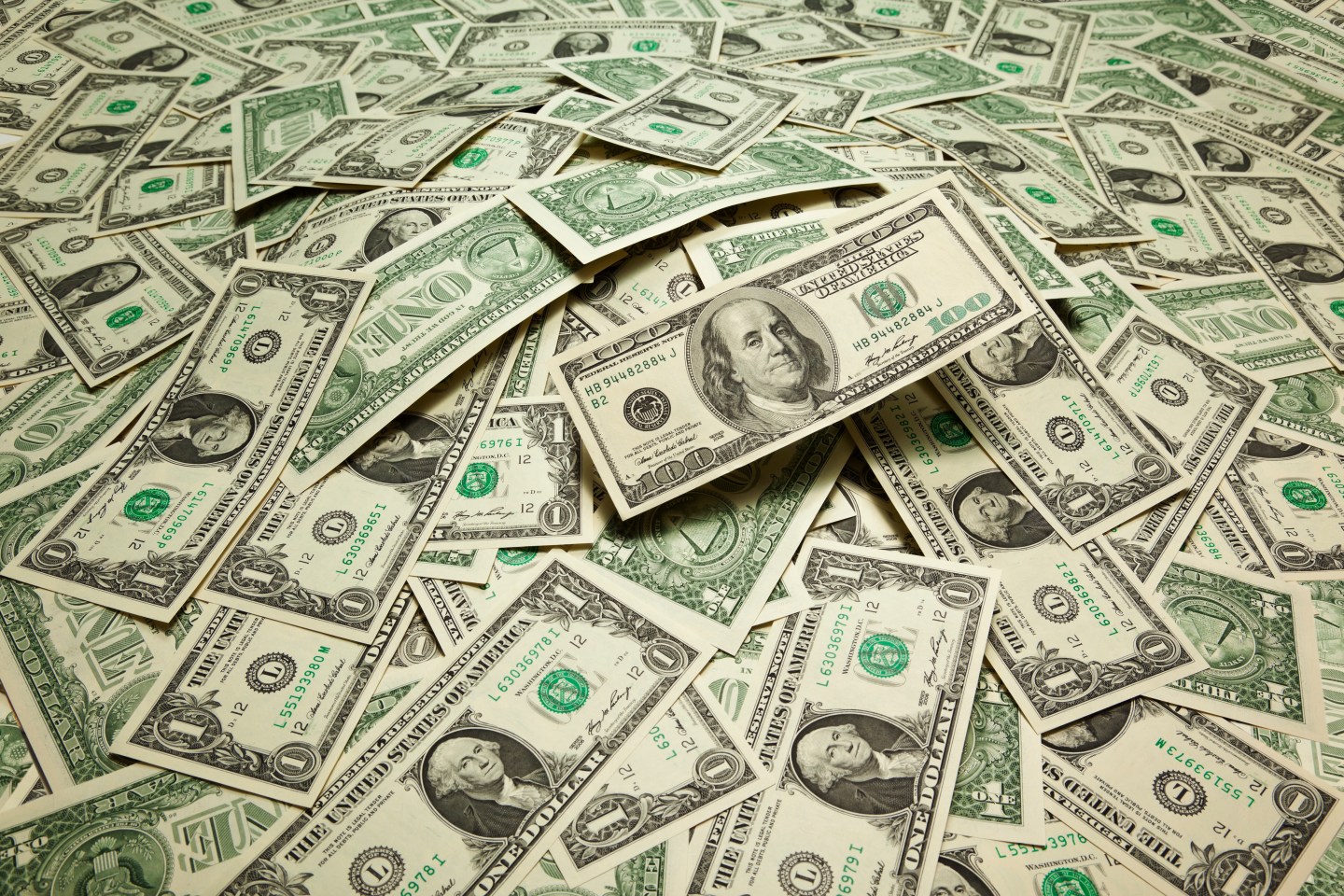 Don’t look now, but the U.S. dollar is on a tear. Here’s my colleague Geoffrey Smith with the details:

The U.S. Dollar Index, which measures the buck against six major western currencies but not against emerging market currencies such as China’s yuan, has risen 7.1% in the third quarter, its biggest quarterly rise since the 2008 market panic . . . the world’s premier reserve currency is also at seven-month highs against Brazil’s real and Mexico’s peso, and near a six-month high against India’s rupee. The only major trading partner it isn’t strengthening against is the yuan, partly because of weaker demand for commodities (which are priced in dollars) from a slowing Chinese industrials sector.

That’s right, despite the many warnings in recent years that Fed policies are destroying the value of the dollar, the greenback hasn’t been stronger since the financial crisis. As Smith points out, the short-term reasons for the dollar’s surge is clear: the Federal Reserve is winding down its bond buying program while Japan is still pumping reserves into its banking system and Europe is considering a quantitative easing program of its own. But beyond these, there are fundamental economic reasons for the dollar’s rise, as well as reasons to believe that these trends could bode well for the global economy.

So why, beyond stimulus measures, is the dollar gaining value against foreign currencies? The best explanation is the difference in growth rates between the U.S. and the rest of the world. Growth in the 18-member eurozone has basically been stagnant for three years now, with the most recent readings showing that the usual engines of its economy, Germany and France, shrank or stalled in the second quarter of 2014. Japan, meanwhile, has only had one quarter of real GDP growth above 2% in the past five years, which makes the U.S. economy’s latest quarterly growth reading of 4.2% look a lot better.

Standard economic theory says that investors will flock to economies that are growing faster, and to do that, they need to buy the currency of that economy. In today’s world, that means the dollar will be in greater demand because investors will need to buy dollars to invest into the relatively strong American economy.

But what about exports? The logic of the argument that the world is descending into a series of currency wars–whereby central banks around the world are devaluing their currency in order to make their exports cheaper and boost their domestic economies–depends on central banks not letting up on stimulus. But at least in the case of the U.S., it’s clear that the American economy would benefit from allowing QE programs to help boost the sluggish Japanese and European economies to grow, even if it means a stronger dollar. As Neil Dutta, head of Economics for Renaissance Macro Research, wrote in a note to clients this week, “While a rising dollar keeps import price pressures low and hurts export competitiveness, the US is a fairly closed economy. That is, dollar movements have a fairly small impact on import prices and export activity.” He goes on to write, “There is a much more elastic relationship between global growth and exports than the [the relative value of] the dollar.”

In other words, It’s better for U.S. exporters, and the broader U.S. economy, that Japan and the EU are growing quickly than to have a favorable exchange rate situation.

And with the rest of the developed world facing the same hurdles as the U.S. in terms of aging populations, growing inequality, and stagnant wage growth, there’s little reason to believe that the U.S. won’t continue to outpace the rate of growth of the rest of the developed world. With that tailwind at the dollars back, and monetary stimulus just now getting underway in other parts of the world, we could see King Dollar reigning for years to come.