Silicon Valley’s conservatives try to up their game 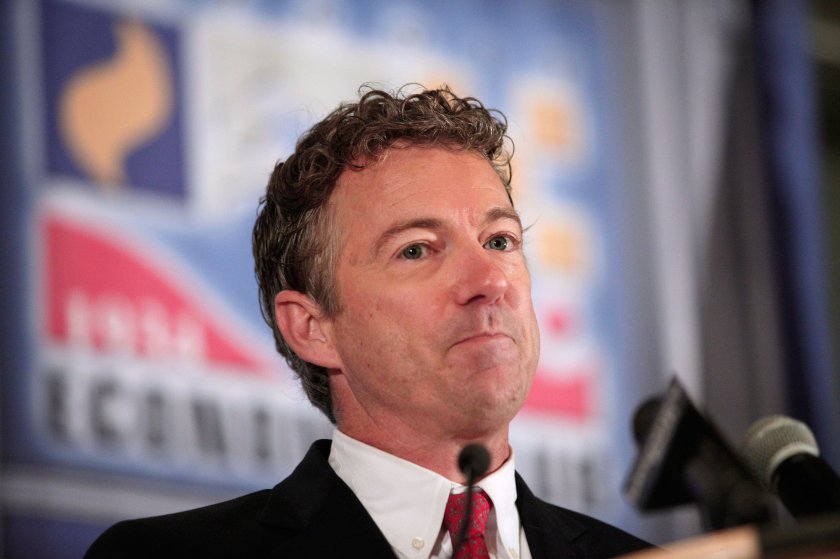 Eric Jackson, a former PayPal executive, joked on stage at a conference about what it’s like to be a libertarian-leaning conservative in Silicon Valley. Technology workers are, of course, overwhelmingly Democrat and big supporters of President Obama.

“You have to be careful about what you say,” Jackson warned. Then he did just the opposite, taking on series of favorite conservative targets like government regulations (“It’s oil and water” between start-ups and bureaucrats, he said). Eventually, after making clear his antipathy for most liberal causes, he wryly concluded, “I guess I can kiss my future V.C. funding goodbye.”

The audience at Reboot, a conference intended to rally like-minded techies and political operatives, ate it up. LincolnLabs, the fledgling group that organized the event (which was held in San Francisco in July), hopes to connect the two professions so that they can create start-ups, push their political ideology and help achieve more success at the ballot box.

Democrats, by all accounts, have a huge lead in technology when it comes to campaigning at the federal level. Catching up is a huge priority for Republicans, who have lost the last two presidential elections and are the minority party in the Senate. But recruiting top Silicon Valley talent is difficult because so few tech workers are sympathetic to the conservative cause. Getting campaign managers to use the latest tricks of the trade instead of relying on old-style tactics like bombarding voters with direct mail is also a challenge.

LincolnLabs, founded last year by three young tech workers, is trying to create a sort of community for the Silicon Valley’s “conservatarians,” a play on conservatives and libertarians. The group is pushing an agenda of fiscal conservatism and small government and mostly avoids social issues. Spying by the National Security Agency is another concern in light of revelations coming from Edward Snowden, the former agency contractor turned whistleblower.

Aaron Ginn, one of the LincolnLabs co-founders, said merely getting a couple hundred conservatives in the same room in San Francisco to talk technology is a victory given the region’s and tech industry’s liberal politics.

“No one thought these people existed,” he said.

Over the past year, LincolnLabs has held a series of meet-ups and hackathons to raise its visibility. Participants come with a variety of goals ranging from work in campaigns or pushing political causes to creating start-ups that cater to political or governmental clients.

Politics today is more about crunching data—voter demographic information, tracking what individual voters care about, and campaign donation histories—and then acting on it. Forget kissing babies: Success on the trail is more about big data, online advertising, and ferreting out undecided voters by following a digital trail.

Republicans stumbled in the last presidential election partly because their lack to technology skills. In an infamous example, an app designed for help get out the vote failed on Election Day. Volunteers at polling stations were supposed to be able to alert local campaigns about low turnout so that campaign workers could bombard those precincts with telephone calls to encourage people to get to the polls. But because of poor design and lack of adequate testing, the app frequently crashed.

Ginn, who worked on Mitt Romney’s presidential campaign, blamed the failure on poor organization. People in charge simply didn’t know what is required to build software like they do in Silicon Valley.

The Reboot conference attracted around 200 attendees, although many of those were panelists, sponsors and media. Another 60 or so participated in a hackathon competition in which developers competed for a $10,000 first prize.

Sen. Rand Paul, the Kentucky Republican, was the event’s main draw, and he didn’t disappoint with his conservative message of reducing regulation and privatizing more government functions. To hear him talk, Silicon Valley technology is the solution to virtually every problem.

Rules prohibiting ride-hailing services like Uber—and protecting taxi owners—should be thrown out, Paul said. Meanwhile, to improve education, he said public school students should take online courses through the Khan Academy, the digital education start-up, instead being taught by the mediocre teachers they currently have.

“We need some government but you want to minimize it,” Paul said.

Paul, a potential presidential candidate in 2016, is a hero to many “conservatarians” for his stance on issues like drones and civil liberties. Last year, he put on a 13-hour filibuster last year to hammer home his point that drones shouldn’t be used to kill U.S. citizens on U.S. soil. But to many Republicans, he’s an unreliable ally who is often at odds with traditional conservative ideology on drug policy (he’s for medical marijuana), foreign intervention (he opposes most military actions) and government surveillance (he thinks more checks are needed on federal power).

LincolnLabs, in fact, is trying to corral a group of people who have a relatively wide rage of ideology. Some may be evangelical Christians focused on social issues like gay marriage and abortion while others care exclusively about big government. How to bridge those two is going to be a challenge. When the topic came up at the conference, no one really had a clear answer.

LincolnLabs is largely funded by Generation Opportunity, an organization that, in turn, gets much of its money from Freedom Partners, a conservative group that has ties to Charles and David Koch brothers, two well-known businessmen and big supporters of Republican causes. But the conference also had a number of corporate sponsors including Google and Microsoft, both of which need allies on both sides of the political aisle to help shape regulation.

Ginn said that Republicans seem to be on the right track when it comes to adding to their technological prowess. They’re investing the needed money in technology, he said, and hiring talent to manage it.

“It has improved tremendously,” Ginn said. But when asked whether it would be enough to help the party’s results in the next elections, he took a more cautious view.

“They’re working on it. We’ll see,” he said. “If I was a fortune teller, I wouldn’t be in this business.”