10 Million iPhones: What the Apple analysts are saying 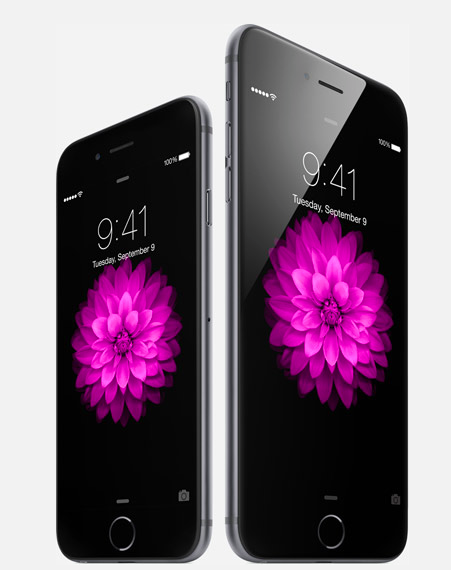 Timothy Arcuri, Cowen: The Cowen Insight. “Record iPhone 6/6+ launch weekend sales (ex-China) are further confirmation of our thesis this product cycle and its overall set-up are different from previous sell-the-news launches. We continue to expect unprecedented upgrade sales over the next several quarters as 6/6+ allow AAPL to both upsell its core high-end customers and to target high-end Android switchers.” Rating: Outperform. Target price: $110.

Amit Daryanani, RBC: Positive momentum into Dec-qtr. “This morning Apple announced that it has sold 10M+ iPhone 6 and iPhone 6+ models to set a new weekend sales record… We think this is an impressive number given 1) supply constraints, 2) lack of China… Furthermore, this number is truly a “sell thru” number vs. last product cycle where the number was inflated due to channel fill (9.3M 5s/5c number, included ~3M of 5c channel fill). Hence, we think iPhone sales could remain robust in Dec-qtr and potentially through March-qtr given channel fill and possible inclusion of China.” Outperform. $114.

Gene Munster, Piper Jaffray: Parsing The 10 Million Opening Weekend Number. “We believe the 10 million number implies sell-through greater than our expectation for 6.5 million based on a few factors. First, we note that our checks of iPhone 6 and 6 Plus availability on Saturday and Sunday indicated that while 6 Plus units were significantly constrained, there appeared to be a healthy supply of 6 units available. Thus we believe there is some channel fill given relatively better availability of the 6 compared to the 5S (essentially unavailable) last year. While it is difficult to determine what sell-through is vs channel fill in the 10 million number, we believe that sell-through could be around 8 million vs 2 million in channel fill. We believe this would imply 45% y/y growth vs our 5.5 million 5S sell-through estimate from last year.” Overweight. $120.

Toni Sacconaghi, Bernstein: Thoughts on iPhone 6 First Weekend Sales. “A key question that follows is, if availability is not unusually worse, why was the iPhone not made available in China at initial launch, or for the second launch wave of countries later this week? We note that China has typically accounted for ~20% of total global iPhone sales – accordingly, an initial launch in China would have added an additional ~25% demand pull on iPhones, which may have significantly pushed out availability issues in other countries… While we don’t rule out the possibility that the delayed launch in China may be due to regulators (and associated political reasons), we note that Chinese carriers do not appear to have anticipated delays – each of the 3 large carriers was promoting the device, with China Mobile actually taking pre-orders on the new devices prior to their having been announced by Apple, a practice that ended abruptly (likely at Apple’s insistence).” Outperform. $108.

Michael Walkley, Canaccord Genuity: High-end Android sales miss product cycle into iPhone 6 product launches. “We believe consumers have delayed high-end Android smartphone purchases in part due to new high-end products such as the HTC M8 and Samsung Galaxy S5 offering only incremental features versus the prior year’s similar high-end models. We believe the relative lack of innovation in new Android high-end smartphones positions Apple to gain material high-end smartphone market share for the remainder of C2014 and during C2105. In fact, we have increased our Apple market share gains based on initial survey work indicating the iPhone 6 products are enabling share gains from Android smartphone consumers switching to the larger screen iPhones, combined with our lowered Q4/2014 Android smartphone estimates.” Buy. Raises price target to $115 from $112.

Bill Choi, Janney: Record opening iPhone sales; Supply is Gating Factor. “[Apple] expects to have the newest iPhones available in 115 countries by year-end, up from more than 100 for each of the last two launches. We note that first weekend sales are mostly a function of supply constraints, but are encouraged both by the units sold, as well as the more qualitative signs of strong demand (long lines, media attention, lengthening delivery dates). Buy. $110.

Maynard Um, Wells Fargo: Units do not seem as constrained as last year. “Assuming the sales of new phones as a percentage of total phones sold in the quarter is consistent with last year’s launch quarter, we estimate Apple will sell roughly 37-38MM units in the September quarter, which is slightly higher than our 36MM estimate (every 1MM units equates to roughly $0.03 in EPS , all else equal). Looking at the next quarter, if we assume similar sequential growth from 37-38MM to last year, this would imply Apple could potentially sell about 57MM units (our estimate is 58MM). From an iPhone supply perspective, we believe consensus is that Apple can build roughly 70MM units (some estimates as high as 80MM) through calendar year-end, suggesting there could be some upside though we believe widely expected.” Market weight. Valuation Range: $89.00 to $99.00

Kulbinder Garcha, Credit Suisse: Sales continue to inspire. “The sale of over 10mn iPhones just 3 days after the launch on September 19th continues to signal very strong interest in the new iPhones, which confirms our view in our earlier note “New Products Introduced, But Priced In” that there will be a strong product cycle in F4Q14. Apple highlighted that there has been a significant amount of interest, meaning more will likely be sold in September and will follow in October as the iPhone rolls out to more than 20 additional countries on September 26th. We estimate about 37mn iPhones to be sold in F4Q14, 10mn of which are iPhone 6 and 7mn iPhone 6 Plus. Our revenue estimate is $39.2bn for F4Q14. We forecast 55mn iPhone 6 and 6 Plus iPhones to be sold in F1Q15 and 190.7mn total iPhones to be sold in CY15, assuming a 75%/20%/5% mix of the iPhone 6/iPhone 6 Plus/iPhone 5S in CY15.” Neutral. $96.

Jim Suva, Citi: Solid and In line With Expectations. “Apple announced first weekend sales of more than 10 million units. Consistent with our work of limited supply Apple stated “We could have sold many more iPhones with greater supply and we are working hard to fill orders as quickly as possible.” Citi expectations of 11-12 million units compared with consensus estimates of 8-12 mln, with supply a gating factor.” Buy. $110.

That’s most of them.