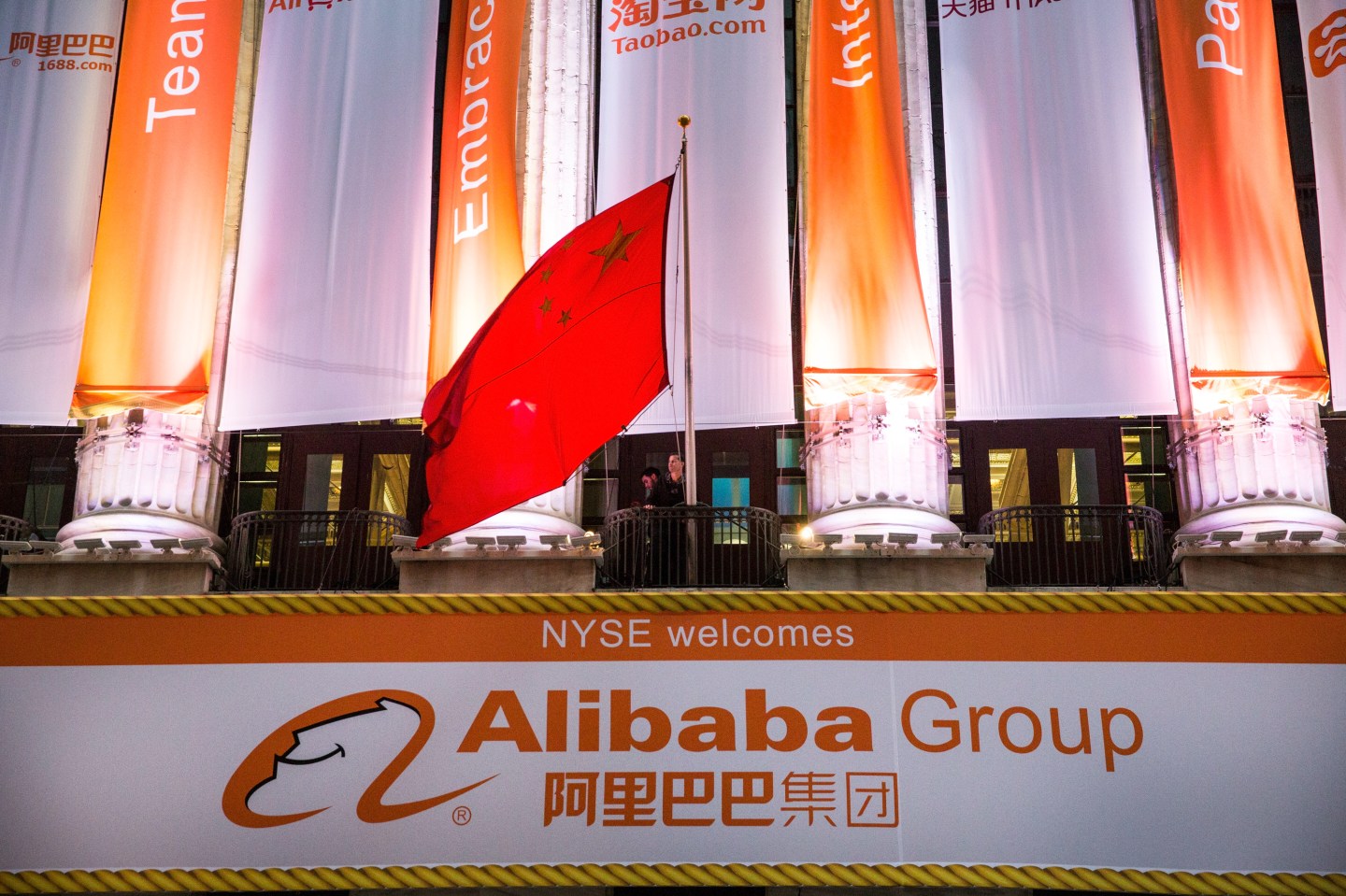 Alibaba’s strong initial public offering values the Chinese e-commerce giant north of $200 billion, putting it among the 20 biggest companies by market capitalization in the U.S.

The stock jumped over 30% on its first day of trading on Friday, as investors angled for a piece of the largest stock offering to ever debut on the U.S. market. Alibaba’s (BABA) shares opened trading at $92.70 and at one point traded north of $98 a share — putting Alibaba’s market capitalization just a tad under Wal-Mart’s (WMT) value. The e-commerce company’s shares were most recently trading at a little more than $90.

“We want to be bigger than Wal-Mart,” Alibaba co-founder and Chairman Jack Ma told CNBC on Friday.

Alibaba’s strong showing is impressive as the company derives a bulk of its revenue from the Chinese market, and thus isn’t well known in the U.S. Alibaba started as an online marketplace for businesses to sell products to one another but soon expanded to consumers sales and online payments. In the company’s filings with the Securities and Exchange Commission, it mostly touted opportunities to tap China’s online shopping population, which it claims is relatively under penetrated and could continue to grow as the nation’s mobile base and usage continues to expand.

While Alibaba is certainly earning a high mark with investors, it isn’t the biggest fish in the pond. Alibaba’s valuation is just over a third of the value of Apple (AAPL), and also trails other heavyweights including Microsoft (MSFT) and Google (GOOG).

Click here for more from Fortune on Alibaba’s IPO.