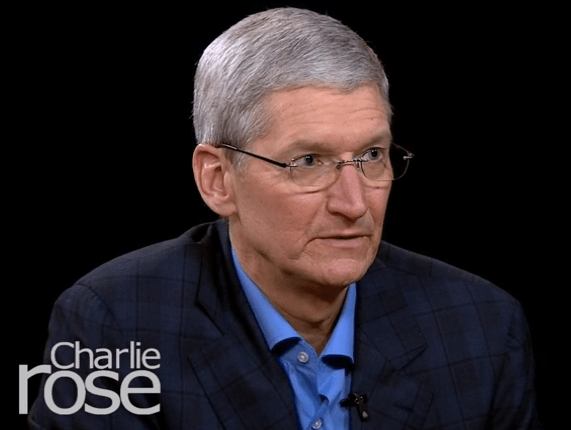 Apple played its security card this week — in the media, on the Web, and in a 43-page white paper of admirable clarity and detail.

Its security website, updated Wednesday with a new introduction by Tim Cook, is what transparency looks like in the shadow of the NSA.

Edward Snowden did Cook a favor when he revealed how thoroughly the U.S. government had penetrated the Internet. His revelations — including a claim, denied by Cook, that the NSA had a backdoor into Apple’s servers — forced Cupertino’s engineers to build a system of hardware, software and services that comes pre-hardened against attacks from all sides — government investigators, organized criminals, industrial spies.

It also handed Cook a club to swing at Apple’s chief competitor.

When an online service is free, you’re not the customer. You’re the product,” Cook said in his message to customers. “At Apple, we believe a great customer experience shouldn’t come at the expense of your privacy.”

Cook didn’t have to name Google (GOOG) as the company that profits more than any other from selling customers to advertisers. Charlie Rose had already done it for him (see YouTube clip).

Nor did Cook have to mention those iCloud nudes that made such a splash two weeks ago — just in time to sabotage last week’s Apple Pay presentation. Even a teleprompter-reading TV host should be able to see that phishing passwords from naive Hollywood celebrities is not the same as penetrating Apple’s multiple layers of crypto.

The diagram below, published last night in the security white paper, is one of those things that only Apple could do. What other company operating on the Internet would dare give would-be hackers a roadmap to what it calls the “hardware root of trust”?