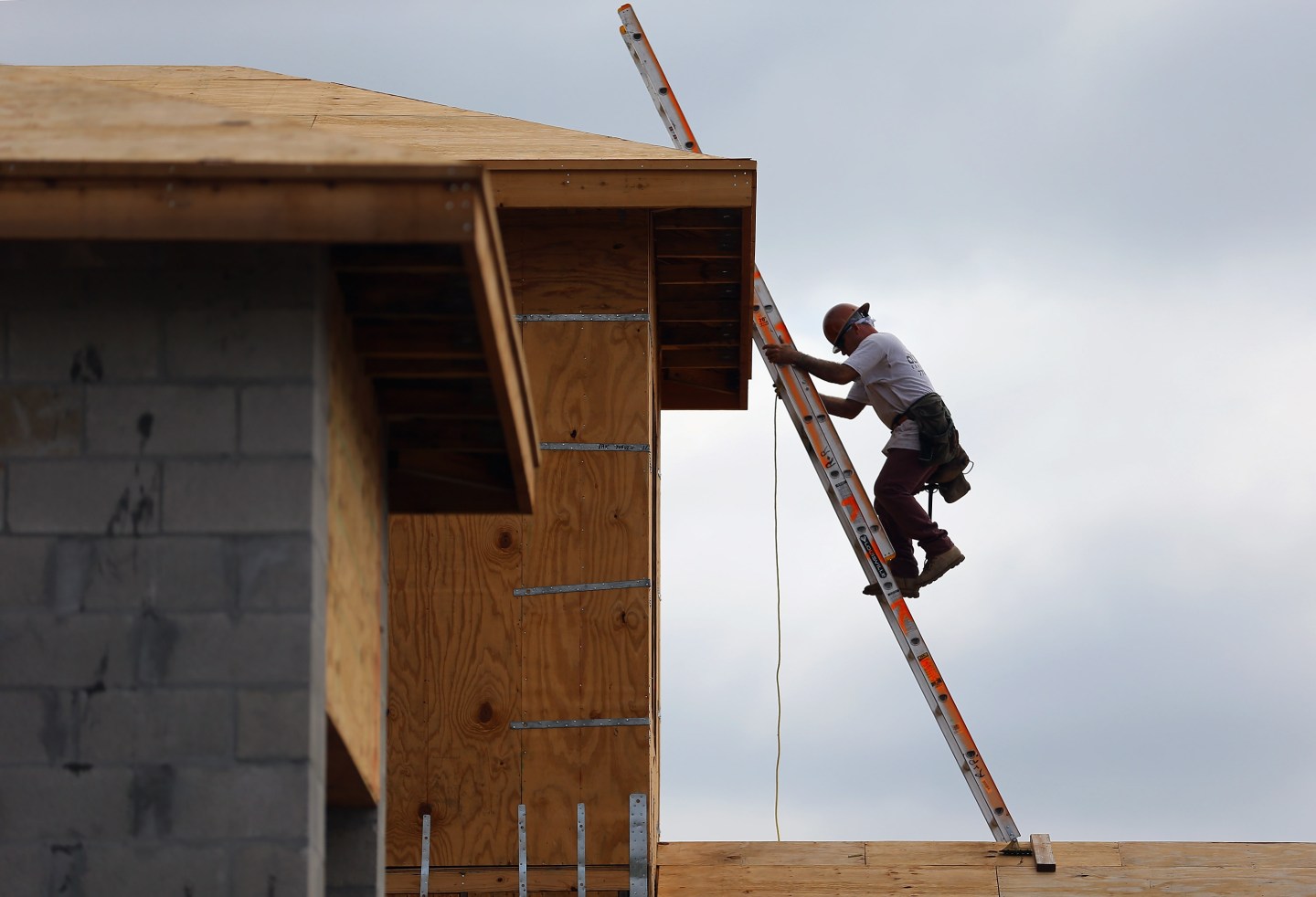 A construction worker climbs on the roof of a home as he helps build a Toll Brothers Inc. home.
Joe Raedle--Getty Images

U.S. home construction tumbled a worse-than-expected 14% in August, hurt by a sharp drop in multi-family homes and the latest sign that the housing sector’s recovery remains slow.

The housing sector’s recovery has progressed slowly and unevenly. Builder sentiment has improved and inventory has been increasing, but there are still some concerns about underlying demand. Many worry about tight lending standards, which are especially problematic for potential Millennial home buyers that on average hold a lot of student debt. Monthly housing reports recently have generally fallen short of expectations.

The Commerce Department on Thursday reported housing starts fell to 956,000 on a seasonally adjusted annual rate in August from the prior month. Both single-family and multi-family starts were lower than in July, though the decline was more severe for structures with five or more units. Observers had projected housing starts to total nearly 1.04 million in August, according to a survey conducted by Bloomberg News.

Newly authorized building permits were at a seasonally adjusted annual rate of 998,000, 5.6% below the July rate and also falling short of expectations.