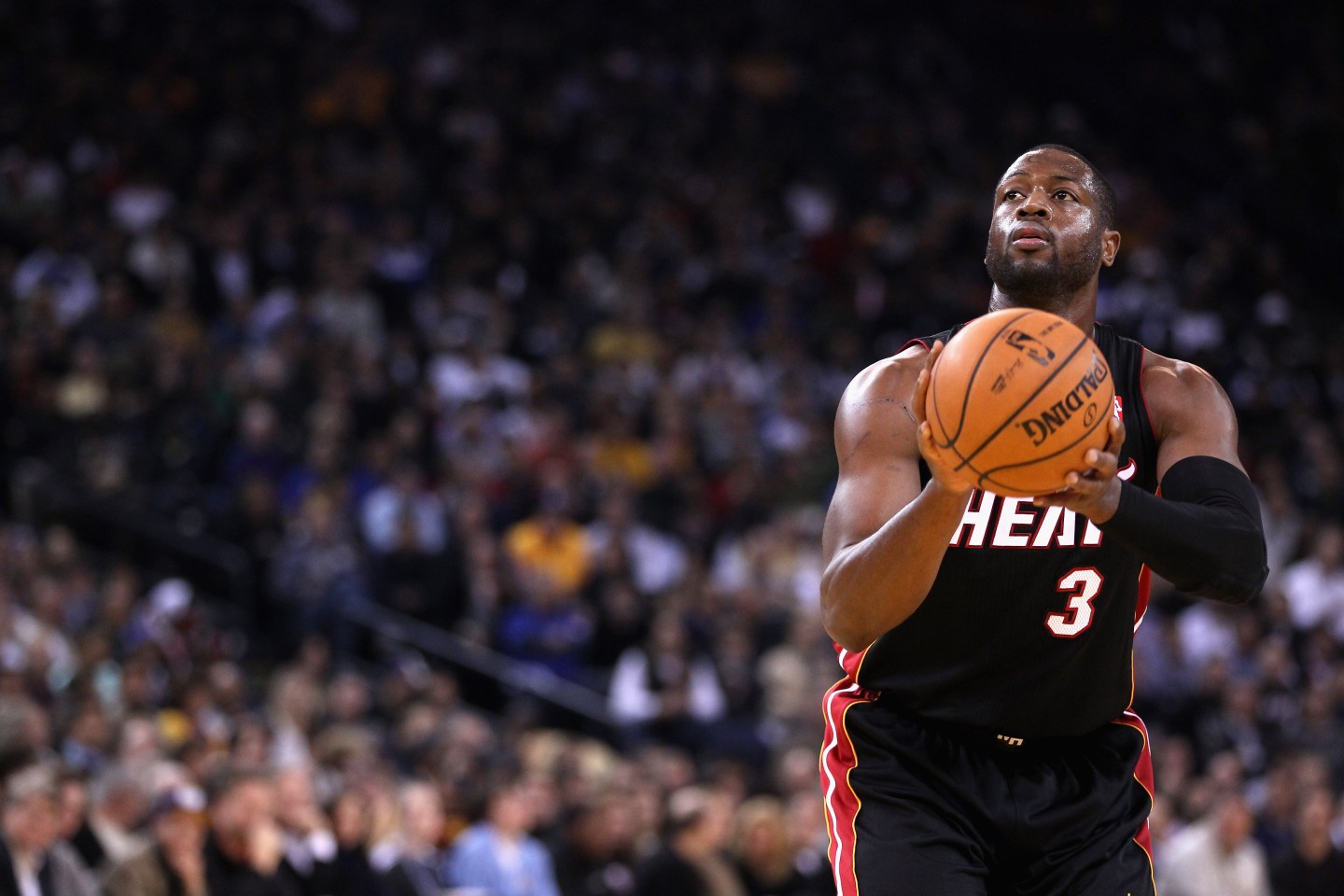 OAKLAND, CA - JANUARY 10: Dwyane Wade #3 of the Miami Heat in action against the Golden State Warriors at Oracle Arena on January 10, 2012 in Oakland, California. NOTE TO USER: User expressly acknowledges and agrees that, by downloading and or using this photograph, User is consenting to the terms and conditions of the Getty Images License Agreement. (Photo by Ezra Shaw/Getty Images)
Photo by Ezra Shaw—Getty Images

Harman International has signed a multi-year pact with the National Basketball Association, a bet that exposure to the basketball court can lead to slam-dunk sales of headphones and speakers.

The deal, set to be formally announced Wednesday at an event at Harman’s (HAR) store in New York City, includes a licensing partnership that will allow Harman to sell team- and player-branded headphones and portable speakers. NBA players won’t be required to wear Harman’s headphones while warming up or walking around the locker room, though the company is hopeful exposure from the pact will lead to greater interest in its products.

The basketball player-headphone connection is stronger than it appears at first glance. Major names like Dwyane Wade have been featured on headphones in the past, and LeBron James reportedly realized a profit of more than $30 million in cash and stock in the Beats sale to Apple (AAPL) after he struck a deal to get a small stake in the company in exchange for promoting its headphones.

“Music is how these athletes train, when they are focused [on the courts], a lot of times they are wearing headsets,” said Harman Chief Marketing Officer Ralph Santana.

Harman’s partnership with the NBA is exclusive and replaces a prior arrangement with rival Skullcandy (SKUL), which previously sold NBA headphones. Santana told Fortune that a new line of NBA-gear by Harman should hit retail shelves in about six months.

Premium-priced headphones, like the ones Harman sells, have driven much of the industry’s growth as consumers spend more time listening to music with their mobile gadgets. Demand has been particularly strong for headphones meant to be used while participating in sports—so strong that Harman in June acquired Yurbuds LLC, a U.S. sports headphones brand.

Harman has claimed consumer research shows that more than 70% of consumers won’t work out without music, but that nearly 90% say their headphones hurt or fall out while working out–so there’s an unmet need headphone makers can address with the right product. The sports headphones Harman intends to sell include some fitness-oriented design features, including better durability and greater water resistance.

Harman has been placing a bigger bet on the consumer market (it also sells gear for concert halls, stadiums and automobiles) and the NBA pact—which focuses on the company’s JBL brand—is the latest way Harman is angling to tackle the competitive consumer market. The NBA deal will most directly affect Harman’s lifestyle division, which includes the sale of headphones, speakers and other audio products meant for individual consumers. The lifestyle division generated nearly $1.7 billion in sales for Harman’s latest fiscal year, and some analysts say the business could grow to $2 billion in sales in the next two years.