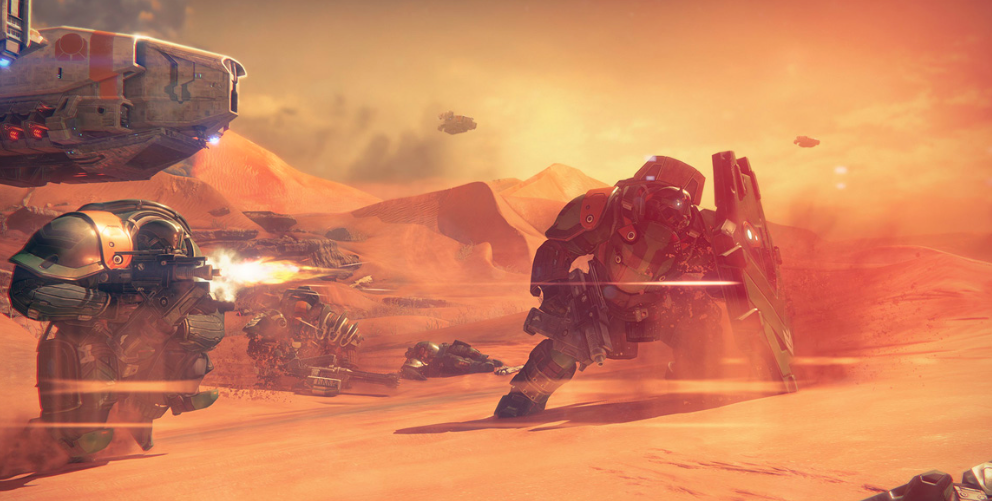 Despite mixed reviews, “Destiny,” the latest video game from the makers of the big game “Halo,” generated $325 million during its first five days on sale, says publisher Activision Blizzard. That makes “Destiny” the “best-selling new video game franchise launch of all time,” the publisher said on Wednesday.

It’s a big claim. But the game isn’t necessarily as big a success as it may seem.

Introduced earlier this month, “Destiny” is set in a post-apocalyptic world that blends various game genres. It’s a first-person shooter game like the blockbuster “Halo” while also putting players in an expansive virtual world typical of strategy games like “World of Warcraft.”

Bungie, the company that designed “Destiny,” developed the video game over at least three years and reportedly poured hundreds of millions into it. In May, Bobby Kotick, CEO of Activision Blizzard, which licensed and published the game, claimed “Destiny” was a “$500 million bet” — a figure that covers costs for marketing, packaging, royalties and other miscellaneous expenses. (A senior Bungie employee later clarified that figure may apply to the franchise’s long-term development.)

Regardless, there’s clearly a lot at stake for Bungie and Activision. Bungie has said it wants “Destiny” to be a big enough hit to fuel multiple sequels like its previous blockbuster series, “Halo.” But when the first “Halo” game arrived in 2001, it was critically acclaimed with an average review score of 97 out of 100, according to reviews aggregator Metacritic. “Destiny,” however, is getting less favorable reviews, with a lackluster average of 76.

“If you just want to shoot things with friends, you’ll enjoy your time with Destiny, even when you’re mocking the lame story,” gaming blog Joystiq wrote in its review. Others like gaming site EGM were far less generous, saying, “With a lifeless world, a hazily plotted, repetitive campaign, and an endgame that quickly resorts to a slow grind for marginally better loot, Destiny fails to deliver on the promise of its concept and the enormous potential of its gameplay systems.”

Which may explain why Bungie and Activision may be playing something of a numbers game to show they have another hit on their hands. Earlier this week, Activision announced it had shipped over $500 million worth of “Destiny” copies to retailers on the game’s launch day, which isn’t the same as actual sales to customers. And on Wednesday, it announced $325 million in sales in five days, calling it the “best-selling new video game franchise launch of all time.” It’s a carefully-worded claim that excludes bestselling sequels like “Grand Theft Auto V,” which sold more than $800 million during its first day.